After a few pushbacks, Joe’s ninth studio album “The Good, The Bad, The Sexy” finally hit stores yesterday (October 18). This album is Joe’s third independent release via Kedar Entertainment, with production by Brandon Alexander, Osinachi Nwaneri, Gerald “Nasty Twin” Isaac, Brennan Gragston, Anthony L. Saunders, and The Ambassadorz. The title of the album speaks for itself as Joe takes us on a journey through the good, the bad and the sexy of a relationship.

The album begins with the lead single “Losing,” written by Andre Merritt and produced by Osinachi Nwaneri. In the acoustic-driven song, Joe sings about a relationship that is on the rocks. “How could I love someone who only breaks me into a million pieces?”  “Love is no longer in the building, everybody’s losing.”
Listen:[audio:http://cdn.ratedrnb.com//2011/10/Joe-Losing.mp3]

On the second track “Time of Your Life,” Joe notices an attractive woman who seems to upset about something. Being the gentleman that he is, Joe offers to show this lady a great night. “Baby put your cares aside and let me introduce you to mine.”

The next electric guitar-driven track is called “Almost There” which was produced by Brandon Alexander. Joe starts by asking “How we go friends to lovers?”  Joe reveals that he has feelings for a  female friend. “Started as friends, but now my heart says different.”

Joe finds himself looking for answers in “Circles.” The crooner  think he and his partner’s relationship isn’t really going anywhere. “We have been saying we are trying to make it work. We lying ‘cause we never been trying. I think we are just keeping on lying, so we don’t get hurt we wanna keep doing what we do.”

Joe introduces the sexy element of the album. On the sensual track, “Pull My Hair,” Joe brings his “A” game to the bedroom. I guess he was doing her well because she didn’t want him to stop. “Please don’t stop until I tell you…baby pull my hair.” I see you, Joe!

“Dear Joe” is one of my favorite ballads off the album. In the song, Joe talks about having make-up sex with his lady. “You showed up in your trench coat and lingerie on, caught me off guard cuz all I planned on was talking, cuz last time I saw you, we were, arguing and you said you were through. You put your finger on my lips and (whispered to me) please don’t say a word, just take it.” After putting in work, the next morning Joe wakes up to a letter that says “Dear Joe, baby I’m gone.”
Listen:[audio:http://cdn.ratedrnb.com//2011/10/Joe-Dear-Joe.mp3]

In “Slow Kisses,” Joe lets his lover know he just wants to spend time cuddling with her. He sets the mood with candles and passionate kisses. “We ain’t gotta have sex, I just wanna hold you.” See, it’s the simple things that count.
Listen: [audio:http://cdn.ratedrnb.com//2011/10/Joe-Slow-Kisses-Prod.-by-Osinachi.mp3]

Joe immediately switches up the mood with his sensual track “Lose Control.” The R&B veteran gets very bold on this track. “I’m gonna turn the lights down in this room. I don’t wanna hear or see nothing but you.” This song is one of my baby-making songs on the album.

“Tonight” is reminiscent of a throwback R&B song. The seasoned vocalist proves that he still has vocal range. He can still hit them high notes. Oh, this is another great song to make love to.

Taking a break from the love-making songs, Joe brings out his good side in “Impossible,” which was written by D. Brown.  Joe tells his partner that he’s doing everything he can to be the best man he can be, but he wants her to know that he is not Superman. All he asks is for her to appreciate the fact that he’s giving her his “heart of gold.”

Joe gets drunk, down, and dirty in the last track “Drink Up,” produced by The Ambassadorz. He encourages his partner to “drink up” to spice up their love-making session. “You can put a little bit more in your cup girl…you can put a little bit more in my cup too girl.” He makes bold remarks such as “work my way down so you can squirt all over the table.”

“The Good, The Bad, The Sexy” is a solid R&B album.  Joe stuck to his roots of classic R&B which I thought was refreshing. Furthermore, the title of this album is very appropriate and basically sums up the concept. Joe shows us the good – “Time of Your Life,” “Impossible,” “Almost There;” the bad – “Losing,” “Circles,” “Dear Joe;” and the sexy –“Pull My Hair,” “Slow Kisses,” “Lose Control,” “Tonight,” and “Drink Up.”

You can purchase “The Good, The Bad, The Sexy” in stores or on iTunes/Amazon. 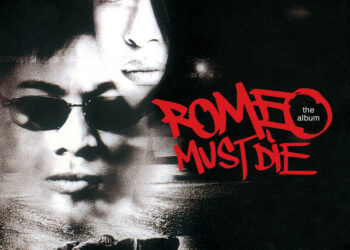