Moments ago, R&B songstress Ashanti released the official artwork for her new single “The Woman You Love,” featuring Busta Rhymes.The song serves as the lead single from Ashanti’s forthcoming album, which is expected to drop in 2012 via Written Entertainment/eOne. Moreover, this will be Ashanti’s first album released as an independent artist.

It’s no surprise that Ashanti is taking the independent route. As the music business continues to become a dying industry, more artists are either dropped from a label or leave themselves. There’s nothing wrong with an artist going independent, as long as they continue to have a strong team and strong fan base. We wish Ashanti the best of luck with her next album. 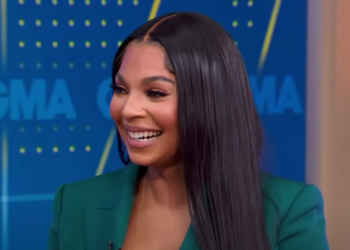