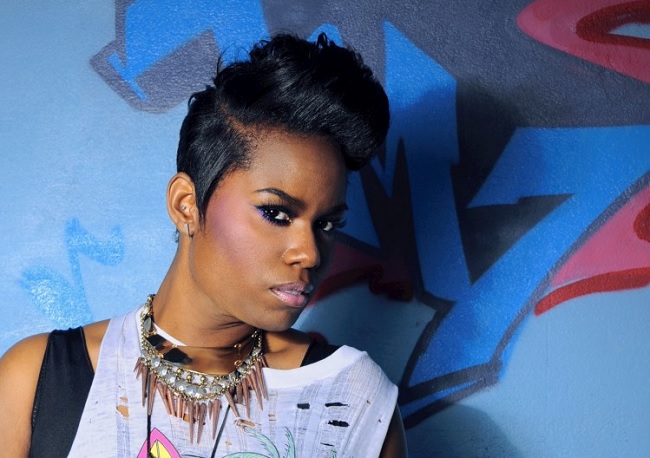 Georgia native Crystal Nicole has been making her rounds in the music industry as a lead songwriter for quite some time. She has penned hits for artists like Mariah Carey  ( “Touch My Body”), Rihanna ( “Only Girl”), Monica  ( “Love All Over Me”) and Beyoncé  (“Scared of Lonely”), among others.

Despite her new-found success, her road to stardom wasn’t easy. She started singing at an early age and managed to land herself in many girl-groups. However, she found herself in and out of them due to the other members not being as committed as she was.

In the midst of her frustrations and searching for her identity as an artist, she discovered a hidden talent — the ability to write songs. Now after earning her writing credits for other artists, she is putting her songwriting talents to her own project as she launches her own solo career.

In March 2013, she released “Sundown” as the lead single off her debut album. Nicole recently invited Rated RnB into the studio for an exclusive listen to tracks off her debut project. Along with sampling the new material, she talked about her upcoming album, challenges from transitioning from songwriter to artist, her musical soul-mates, the quickest song she penned and more.

Check out our exclusive interview below.

Singers like Ne-Yo, Keri Hilson and others have made the transition from songwriter to now being in the spotlight as an artist. What do you believe is the biggest challenge from going behind the pen to being center stage.

A lot of times people just have a tendency to create boxes, that’s why we genre things. We do R&B, rap, hip-hop, country…you know. Anytime you step outside of what people originally know you as, it creates confusion.

Who would you consider your musical soul-mate?

Oh wow! No one’s ever ask me that – that’s kind of awesome. Hmm do you mean…

You can give me a producer and then an artist.

Oh awesome! Producer wise I mesh really well with…(silence)….(laughs)…it’s so many, ugh. If I had to say one-off the top of my head I would say Eric Hudson. We did “25/8” for Mary J.Blige and we did “Special Delivery” for Bridget Kelly and we did “Ride Out” for me. We don’t work a whole lot but when we do work, it’s never not just…awesome. He challenges me and I believe I challenge him as a producer. He’s just so musical.

I mesh really well with Mary [J.Blige]. As a songwriter, she challenges me to take it up a notch because she’s been through so much, she’s seen so much, she’s sang so much and her voice can do so many different things. “25/8” is one of my most favorite songs and I felt like I had to really step it up. She has such a legacy.

How was it when you wrote “25/8”? How did you come up with the concept between you and her?

I think I was leaving some hibachi spot and I think they had a long wait (laughs) and I was like “ain’t enough hours in a day for this. I’m hungry, I need to eat now.” I kept saying 24/7, 24/7 and I was like…hmm…what about, what comes after seven, oh yea eight. I literally think like that (laughs). So I’m like “25/8” whoa.. that sounds like a song. It’s a dope title but what does it mean. Then I started thinking about of the concept of it, not having enough time in a day to love someone and needing an extra day and an extra hour.

So when I walked in the room and she was so warm and welcoming – just the queen and I’m going to use this big major concept on the queen. So I was just sitting there trying to work out and figure out the concept because with me I use to write a lot and be wordy when I wrote. I would have these big ideas but didn’t know how to condense them down into a one verse, two verse.

Then Eric Hudson played the track, which was awesome and the pressure was on. Either you going to mess up this track or you going to make it awesome. I started singing it and no one made any facial expressions and I’m like “oh my God, this sucks.” I come out of the booth and everyone was like “yo’ this is crazy” and I was like “thank you Jesus.” I actually took a moment and then finished the song. It was just magic.

How long did it take you to write the record?

About 45 minutes to an hour to finish the song.

What’s the quickest song you have written?

“Pinch Me Now” which was my first single, produced by Jermaine Dupri and Bryan-Michael Cox. I literally wrote that song in 15 minutes tops and it blew me away. It was so quick, I had to check myself like “is this really hot,” (laughs).

Where in your home do you come up with the most lyrics?

In the bathroom (laughs). I don’t know what it is about me but I have this thing even when I’m not in my home, anywhere. When I get stuck on a lyrics, I always have to use the bathroom. It never fails.

I was writing just yesterday and I was at home and I couldn’t come up with the next line. Long and behold, I had to use the bathroom. I go to the bathroom. By the time I come out I got the line, I’m cleansed (laughs) and it’s all good (laughs).

With your new single “Sundown,” what was the creative process behind the track and was it dedicated to someone special?

It’s a very special song and it’s because it has so many different inspirations .It’s a three-way song. When I was writing [“Sundown”] of course I was thinking about my husband and just the amazingness of him and the love I have for him.

I was also thinking about Jesus when I was writing it. There are certain lines in the song “for you I’ll lay my life down.” That’s a specific line I put in there because I was thinking about the love that Christ had for me to lay his life down.

A lot of times when I hear it, I think about the love I will have for my child that I haven’t even had yet. [“Sundown”] is just a multi-pot of love, the ultimate unconditional love record.

How much of your new project do you have completed?

I probably got over half. A good 75 percent and that’s only because I’m wanting to do new stuff. I could probably have 90 percent, 100 percent done just because of the songs I have already but I want to add some new things.

Do you have a title yet for the upcoming album?

I’m calling it “Masterpiece” because …I look at my life and myself as a masterpiece. Now off the top it’s going to sound arrogant but I’m going to break to down to show you my humility.

Not because I’m perfect but because of the flaws, the mistakes, the trials and tribulations and the things I’ve been through personally and musically in my career, which put together created a masterpiece out of me.

As you work on songs for your project and have other artists seeking your writing talents, how hard is it to keep songs for yourself versus hand them over to other singers.

For me, it’s very rare I do a song for someone else and I feel like I want to keep it for myself. Crystal Nicole, the artist never comes in the session with Crystal Nicole, the writer. It’s because I’m a fan first, so when I go in the studio I’m a fan of theirs and I’m not thinking about me. I’m thinking about what I can do to enhance or to help their situation. Even if it’s a new artist. I do my research before I get in with them and see how can I add to that.

But when I’m working on my stuff, I treat myself, thee artist with the same respect as I treat other artists. So it’s very rare where I’m like “darn it, I want that one” (laughs).

Is there an R&B album recently you did not make the writing credits that you wanted to be apart of?

The last Rihanna album [“Unapologetic”]. I was in London working with different producers, doing different songs for that album and didn’t make the album.

Right now, what three R&B songs are on repeat for you – other than your own music?

There isn’t anything that has been put out recently but on repeat for me…Lauryn Hill. To pinpoint one song of her’s it would be “Tell Him” off the “Miseducation of Lauryn Hill.”

Also, there is always some Brandy on repeat. Brandy’s always somewhere and it changes from what Brandy it is but it’s always some. Right now on repeat for me, it would probably be something off “Never Say Never.”

Number three. I keep a constant Stevie Wonder moment. I keep him on constant repeat because I think he is..just a gift man. The song I like to play of his is the most is…ugh..there is so much. Right now on repeat is “I Just Called To Say I Love You.”

Name an R&B album you can listen to from start-to-finish?

Brandy’s “Never Say Never” or “Full Moon.” But let me give you one more since I spoke about Brandy earlier. Hmm…Q Parker, “The MANual.” Good album!

If you haven’t gotten the single “Sundown” off iTunes yet, it’s available now! The debut project “Masterpiece” set to arrive later this year. 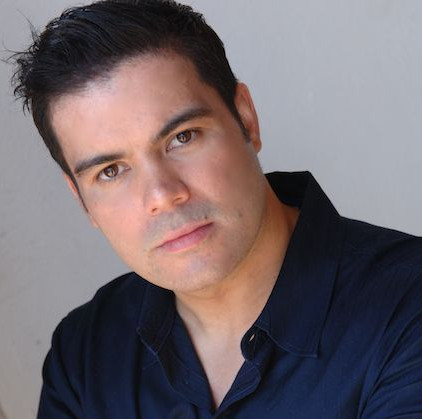 Often times producers of hit songs go unnoticed and unmentioned. However, in the event that the producer does get noticed,... 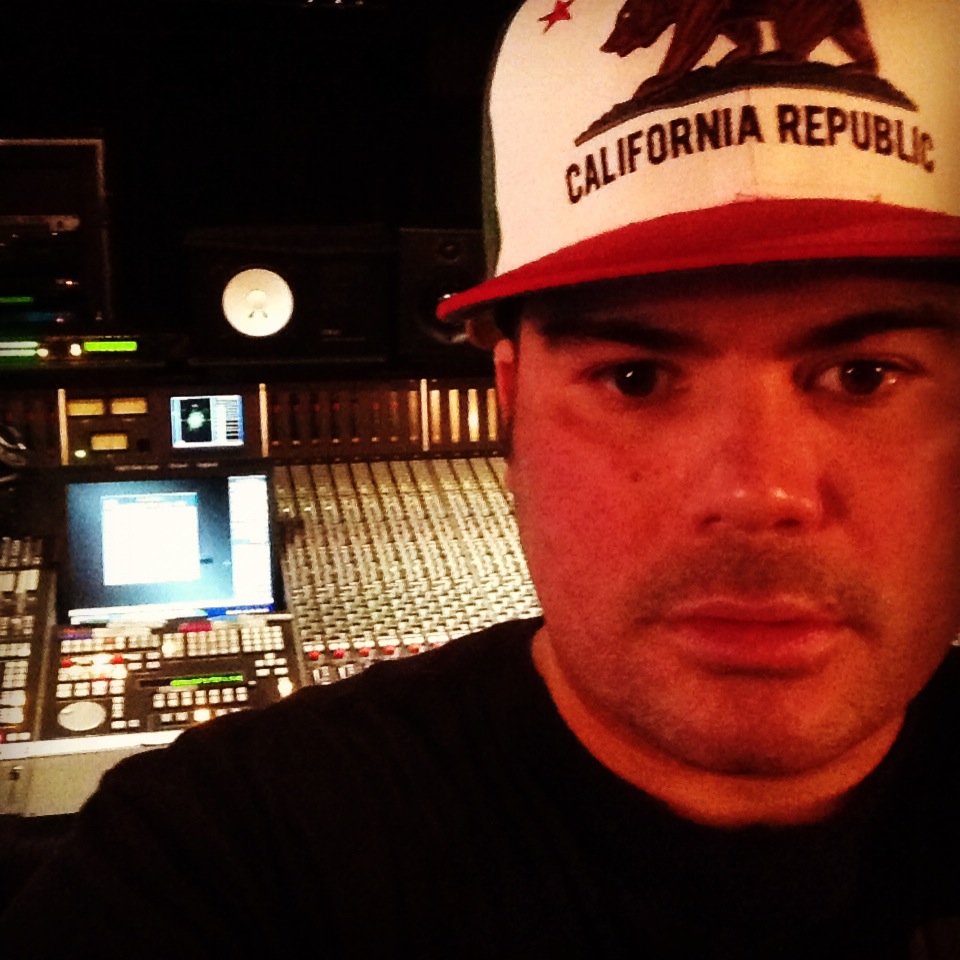