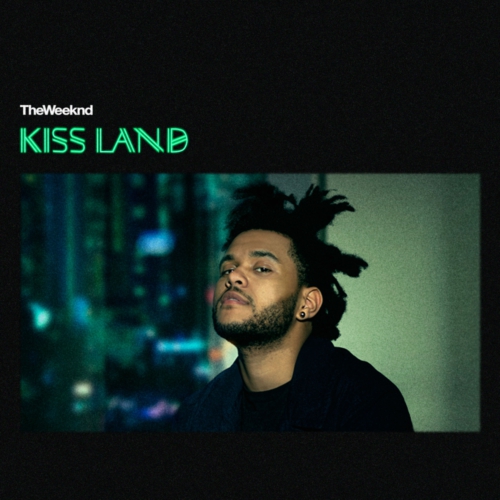 After releasing three original mix-tapes in 2011, and a compilation of all three the following year, it was clear to music fans that there was a new kid on the playground—one that was clearly more passionate about sharing his raw talent and lyrical abilities, than going “mainstream.”

Offering a more misogynistic contrast to the lyrical imagery of Frank Ocean and a tone similar to that of the late Michael Jackson, The Weeknd is an up-and-comer with a sound that’s hard to not enjoy. A fusion of R&B, dubstep and electronica, The Weeknd’s ability to weave through soft, evocative melodies of growth and heartbreak with the vulgar language and thought-provoking lyrics of a rapper makes him stand out.

On his debut studio album, Kiss Land, The Weeknd delivers a solid, polished body of work by focusing less on guest appearances and gimmicks and more on perfecting his signature sound.

1. “Professional” – While doing promotion for the album, The Weeknd explained that Kiss Land was conceptually designed to parallel the feelings of a horror movie. The lead track perfectly executes its role as the opening kill. Starting with a gradual buildup that dies down just before the song begins to get into its groove, offering gratification that comes to head with the track’s abrupt end at its climax.

Memorable lyric: “So you’re somebody now, but what’s a somebody in a nobody town?”

2. “The Town” – The Weeknd recounts reuniting with an old flame in his hometown after touring, completely guilt-free as a result of her now deteriorated relationship that had previously haunted their affairs and prevented her from wanting to see him again. The Weeknd cockily uses his falsetto as the song progresses to relish in the fact that being put on the back-burner before, only because he’s “immune to love” anyway and, now, she’s single and eager to make him a priority.

Memorable lyric: “You’re almost dead to him /You’re sleeping with a frozen heart.”

3. “Adaptation” – Harboring the guilt of success, The Weekend willingly takes ownership for choosing his career over what could’ve potentially been the love of his life, crediting it as the catalyst for alcoholism to adapt to the loss. The song’s wailing chorus background toward the end of the cut acts as a powerful effect, beautifully capturing the lingering remnants of remorse.

Memorable lyric: “I think I lost the only piece that held it all in place. Now my madness is the only love I let myself embrace.”

4. “Love In The Sky” – This track is The Weeknd’s contribution to the staple “baby-making music” playlists in our digital libraries. A metaphoric take on the song’s title, the light and airy cut peppered with sounds of thunder and rain maintains the pace of the album while offering relief from it’s darker previous tracks and offers The Weeknd the chance to warn that even though the song is soft and slow, his bedroom etiquette is not.

Memorable lyric: “How does it feel? Do you feel like you did before? Do you see the world getting small?”

5. “Belong To The World” – The first thing that draws you into this track is the beat’s militant staccato, a drastic change from the previous track. Once the lyrics come in, intrigue isn’t far behind as The Weeknd confesses his admiration for a prostitute’s ability to make him fall in love due to her lack of emotional connection during intercourse. The admiration prompts him to want to turn a hooker into a housewife. Alas, she’s public domain.

Memorable lyric: “I’m not a fool /I just love that you’re dead inside.”

6. “Live For (Feat. Drake)” – Not that we’re looking for one, but if there were a song on Kiss Land that was a ‘club banger,’ it would have to be “Live For. “Seemingly out-of-place for the album, The Weeknd invites his only guest appearance, fellow Canadian Drake, for a turn-up mantra about those unforgettable moments of crew love. Drake finesses his bars, as expected, giving it a stamp of approval for radio play.

7. “Wanderlust” – If Michael Jackson were still alive, this is the sound I would expect from him; bold statement, but true. A groovy pop song with a repetitive phrase that you have to pry out of your head afterward, “Wanderlust” is an unexpected treat from The Weeknd and an extremely plausible hit-single on the radio.

8. “Kiss Land” – The sex-driven title track brings the album back to its original pace after a more uptempo break. Led by the shrieks of girl, the track is the epitome of the vision explained by The Weeknd in reference to his horror movie parallel. It serves as the unexpected twist during the climax of a horror movie that plays off of the senses of the viewer to distort perception. The screams maintain a dark and distant environment, while the lyrics convey a more hot and intimate experience. During the second half of the song, The Weeknd makes an awkwardly random transition into bragging about his rise to fame, lavish experiences and drug use.

Memorable lyric: “You can meet me in the room where the kisses ain’t free…you gotta pay with your body.”

9. “Pretty” – This is another song that displays an eerie resemblance of The Weeknd’s voice to Michael Jackson’s. “Pretty” is a simply beautiful song based on the old adage, “Absence makes the heart grow fonder.” The Weeknd promises the song’s love interest that his return will meet her with an abundance of adoration and reassurance after he’s found out that she slept with someone else.

Memorable lyric: “Girl, I hope he made you satisfied /Well, baby, I won’t cry / As long as you know that when I land you’re mine…”

10. “Tears In The Rain” – The final scene, “Tears In The Rain, “serves as a perfect close to the album. With a sound much like music for closing credits after a triumphant protagonist’s murder of “the killer,” The Weeknd’s struggle to let go of his past and accept his fame.

Memorable lyric: “I could set you free, but I’m selfish. I watched you stay.”

Stream Kiss Land by The Weeknd below.