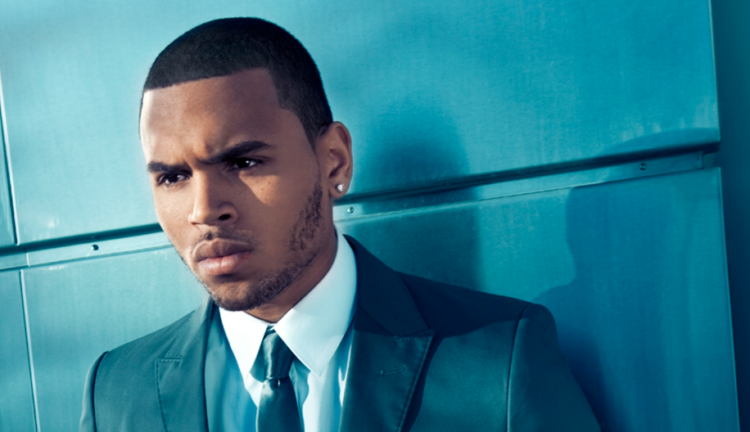 Throughout the year 2013, R&B music lovers have been blessed with great R&B albums.

However, with less than three months until the year 2013 ends, we can’t help but wonder why these six R&B artists haven’t released their much-anticipated R&B albums.

It’s been two years since Jazmine Sullivan called it quits to the music business after her sophomore album under-performed.

It wasn’t like Sullivan doesn’t have the vocal chops to slay your fave under the table but she expected “Love Me Back” to be received like her debut offering “Fearless.” Still, many fans believe she shouldn’t have bowed out so easily because her sales and singles didn’t reach her previous success.

Nonetheless, fans all across the world still hope for new material from the modern-day Lauryn Hill. In fact, it may be coming sooner than we think as she teased fans with new music this summer on Instagram.

It hasn’t been etched in stone when the song will be released (or if it will). Nonetheless, critics, peers and fans can only cross their fingers until she decides to premiere her new sound and new outlook to the music industry.

Someone call a physician. Chris Brown has come down with a case of “Ashantious.” If you are uncertain of the diagnosis of “Ashantious,” it’s constant delays with an album but in Brown’s defense, he has hit singles on the charts.

In March, Brown blazed with his Michael Jackson-inspired track “Fine China” which became a Top 40 hit on the Hot 100 and peaked No.10 on Billboard’s Hot R&B/Hip-Hop Songs chart. With July 16 set as the original release date, management felt it was a better idea to push the album back to an August release.

As soon as fans (Team Breezy) had their allowance saved up, he pushed the album back from Aug. 20 to Nov. 19. Most recently, “X” has been given a new release date, Dec. 3.

While the “Don’t Think They Know” artist did have a health scare in August due to “emotional stress” we could give him a pass for the absence of the LP. But we have one simple theory for Brown and his management surrounding this new album — either release the project or don’t.

It’s not like Brown doesn’t have the singles to push the album, it’s a matter of spending less time focusing on what the media has to say about him and remaining out of their radiator for buffoonery. Until then, we will play it by ear with the next date.

In August 2012, R&B goddess Anita Baker brought back her sultry vocals with her cover of Tyrese’s “Lately.” The remake became the highest debut single on Urban AC radio in 15 years, opening at No. 10. After reclaiming her rightful place in R&B, Baker was set to release her seventh studio effort in October 2012. However, the album was delayed to 2013.

After notching a Grammy nomination for Best Traditional R&B Performance at the 55th annual ceremony, it was certain she would use the attention to release her highly anticipated album. Despite the nod and a year since the release of the lead single, there is still no album.

It’s uncertain if she is still recording or recruiting R&B acts for the project. However, Baker was spotted in the studio with Mary J.Blige this summer, so it’s possible the collaboration could be for her forthcoming album or even Blige’s 11th studio album.

In addition, Baker is set to appear on Ludacris’s eighth studio album “Ludaversal” which we hope she uses as exposure for her own project.

Nonetheless, faithful fans will continue to wait patiently on her new material. We can only hope it’s as bomb as “Lately.”

New Orleans crooner Luke James has bubbled in the eyes of R&B fans since 2011’s EP “#Luke” with the Grammy-nominated single “I Want You.”

Following up his debut album’s lead single “Make Love To Me” and picked as the opening act for Beyoncé’s “Mrs. Carter World Tour,” it appeared the R&B powerhouse was gearing up for a great year with the release of “Made To Love” on July 16.

However, it wasn’t released. In August, James chatted with YouKnowIGotSoul.com about the album and stated “It’ll be out in September.” However, September is over and we are still without his debut album.

Like a mother with her newborn baby, James is holding on tight to this album. Although we’ve come to one conclusion about why it’s not already on shelves at your local retailers.

James hasn’t had but one single debut on any Billboard chart, which was “I Want You.” The song peaked at No. 85 on the Hot R&B/Hip-Hop Songs chart. Therefore, it becomes an issue for the artist to release an album without single buzz.

We can only hope James and his team have a strategic plan to make him a hot commodity in the R&B world.

It’s been a little over four years since Mariah Carey released her last album “Memoirs of An Imperfect Angel.” While the album became her first studio album to not reach platinum success, the LP without a doubt is a solid R&B album.

After being announced the judge of American Idol last summer, Carey released “Triumphant (Get Em)” featuring Meek Mill & Rick Ross, which is one song she should have kept in the vault. As it became an underperforming hit for the songbird, she continued to record more music for her forthcoming album “The Art of Letting Go.”

It wasn’t until May 2013 that she released “#Beautiful” featuring Miguel. Although the song reach platinum status, it failed to crack the Top 10 of Billboard’s Hot 100 chart. Nonetheless, the album was set to release on July 23 until she pushed it back.

“While making this album, I got so immersed in the creative process that I just don’t feel I would be doing it justice to release it on 7/23” tweeted Carey in June 2013. “I’d rather not exclude meaningful songs. I want to give you this album as it’s meant to be heard. When I’m ready, you’ll be the first 2 know!….”.

Since then, Carey has injured her shoulder, making it difficult for her to even focus on dropping a new album. But now after three months of healing, the “We Belong Together” songstress readies her latest single “The Art of Letting Go” set to release on Nov. 11.

Her loyal “Lambs” have probably grown impatient but we can only hope it’s her best offering since “Memoirs of An Imperfect Angel.” Too bad it might be until the first quarter of 2014 when we hear it.

If it’s one album fans are waiting on, it’s Beyoncé’s. The “Countdown” artist has had the “BeyHive” buzzing for a new album since her 2011 release “4.” which didn’t live up to the expectations of most of her die-hard fans. However, “4” did reach platinum status in the US.

Nonetheless, after giving birth to the heir of the BeyHive, Blue Ivy, Mrs. Carter got back on her grind to remaining one of the hardest working women in show business with her sold-out three-day trek at the Revel Resort & Casino in Atlantic City in May 2012.

As 2012 came to a close, Beyoncé became officially “booked” for 2013. From her Super Bowl Halftime performance to snagging a multi-million dollar Pepsi endorsement, becoming a centerfold for H&M’s summer collection and headlining a worldwide tour, it seemed she had the right exposure to release her highly anticipated fifth studio album.

King Bey even released a fair amount of music in 2013 – “Grown Woman,” “Standing in The Sun” “Rise Up” and her highly controversial track “Bow Down/I Been On.”

In July 2013, the Hollywood Reporter reported Beyoncé had scrapped over 50 songs for the new album. Seems heartbreaking right?

It was reported in August 2013 that she was shooting a music video for a single at Coney Island. However, no new song or accompanying visuals have surfaced.

Still on the Australian leg of her “Mrs.Carter World Tour” and bringing the tour back to the States on Nov. 30, it doesn’t seem she is pressed with releasing this album.