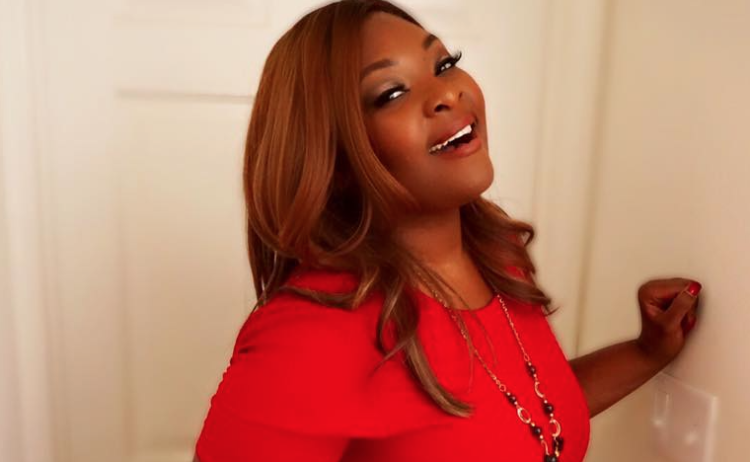 Almost three years ago, Candice Glover was voted ‘American Idol’ by millions of viewers. Throughout the competition, the Beaufort, SC native covered classics songs such as Aretha Franklin’s “(You Make Me Feel Like) A Natural Woman,” Mariah Carey and Whitney Houston’s “When You Believe,” and Dionne Warwick’s “Don’t Make Me Over,” to name a few.

Immediately following her victory, on May 16, 2013, Glover’s debut album Music Speaks was made available for pre-order on iTunes and was set to release 30 days later via 19 Recordings/Interscope Records. The highly anticipated album ultimately was delayed a few times and eventually released on Feb. 18, 2014. The album featured her debut single “Cried” and an acoustic version of her coronation song “I Am Beautiful.” Glover collaborated with a group of notable writers and producers including Jazmine Sullivan, The Underdogs, Mike WiLL Made-It, The Jackie Boyz, Rodney “Darkchild” Jerkins and Paul “Hotsauce” Dawson.

Although Music Speaks was a solid effort for Glover, the album debuted at No. 14 on the Billboard 200 with 19,000 copies in its first week of sales. It was the lowest first-week sales of an American Idol winner and left critics wondering what happened? A mishap on iTunes.

“Something very unfortunate happened when I wanted to change the date of my album release,” exclusively Glover tells Rated R&B. “I don’t think a lot of people know this but my album was supposed to come out on Oct. 8, 2013, and I changed it to Feb. 18, 2014. When I changed it, Interscope and Apple didn’t communicate that to each other. On Oct. 8, the album came out by accident and everybody who had pre-ordered that day got a blank album.”

She continues, “All the songs were four seconds apiece and completely silent. It made the charts and everything but the unfortunate thing about it is that I lost all my pre-orders. When the album actually did come out, it didn’t sell as many as it would’ve if it had stayed on pre-order from the night I had won.”

While the handling of Glover’s debut album was sort of like a nightmare, she has moved on and is focused on taking her career to the next level. The 26-year-old is hard at work on her sophomore album. While fans await official music, she will release a joint mixtape with Chadd Black to hold them over. The mixtape will include covers of popular songs like Bryson Tiller’s “Don’t” and Drake’s “Hotline Bling,” as well as a few original songs.

Rated R&B recently caught up with Glover for a very candid interview. In the interview, Glover describes the process of creating Music Speaks, her transition from American Idol winner to artist, the direction of her second album, her role in an upcoming stage play and much more.

Check out our interview with Candice Glover below.

RATED R&B: It’s been nearly two years since you released your debut album Music Speaks. What do you remember most about the creative process?

CANDICE GLOVER: It was a very long process. We had to go in and pick different songs. I went into a lot of writing sessions. It was really fun getting the chance to see what it’s like to create an album.

RATED R&B: The album was pushed back a few times. Why?

CANDICE GLOVER: Me changing the [release] date was because I felt like I didn’t have the right music. I felt like the stuff people were presenting to me was just because they had heard me belt out a few things on American Idol and they thought that’s all that I was capable of doing or that’s what I loved to do. I wanted to take risks and take chances so that’s why I kept delaying until I found what I wanted.

RATED R&B: How has the transition been from winning American Idol to establishing yourself as Candice Glover, the artist?

CANDICE GLOVER: After you win a nationwide competition — some people will go as far as calling it a talent show — people don’t really take you as seriously as an artist. They just take you as someone who won a talent show. It’s a process to transition yourself from “I won American Idol” and just scratch that sticker off your forehead and show the world “I’m an artist. When you’re on American Idol, you have to sing other people’s music. When you come out with something totally different, they can either love it or hate it. It can be nerve-wracking but I wouldn’t trade it for anything.

RATED R&B: What can we expect from your next album?

CANDICE GLOVER: I always tell people with this next album, “I want to go there.” I’m just going to put that “no, we can’t” out the window and all the doubts about what people are going to think. People love you, even more, when you’re more authentic to who you are and when you’re yourself.

RATED R&B: Right! It sounds like you will have more creative freedom with this new album?

CANDICE GLOVER: Yes. This next project is going to be all me. It’s going to be my lyrics from my heart. I’m going to bring a few people in. For the most part, I want to do my own because on the first album, I only co-wrote song “Forever That Man.” Everything else was just given to me.

RATED R&B: Who would you like to work with on this project?

CANDICE GLOVER: On my new album that I’m starting to work on, I would love to do something with Brandy. You know Jazmine Sullivan is my favorite singer in the whole world. I would love to do something with her [again]. She wrote my first single, “Cried.” I guess that was kind of a collaboration. I want to be in the studio and watch her work. I think she’s amazingly talented. I love Chris Brown’s voice and his creativity. Drake is my favorite rapper. Everybody knows that but I would love to work with him on some stuff.

RATED R&B: Are you still signed to 19 Recordings/Interscope? How do you plan on releasing your next album?

CANDICE GLOVER: I parted ways with them. I’m going to release it independently. [First] I’m doing a joint mixtape with Chadd Black. [Our version of] “Hotline Bling” and “Don’t” [will be on the] mixtape. We’re going to have some of our own special things on there. I thought that would be a really fun way to kind of collab with someone. He’s based out of Houston. He’s insanely talented and I’ve been having a lot of fun getting in the studio with him and working on different things.

RATED R&B: How do you feel about people who judge artists based on their sales instead of the quality of their music?

CANDICE GLOVER: I think that social media has taken over the world [laughs]. A lot of people don’t know what it really takes to be in the music industry and how stressful it is to go in the studio and really lay your heart out. When they get online and talk bad about these artists who haven’t sold enough records — as they think they should sell — I think that’s really disrespectful. We work really hard to put out music that’s heartfelt to us and music that we really relate to. Numbers should never really determine a person’s success because you got singers who can sing you under a table and they don’t sell as many albums, but that doesn’t take away from their talent or their gift.

RATED R&B: We hear you’ll be singing The National Anthem at The Cleveland Cavaliers Game on Jan. 18! There’s a lot of pressure that comes with singing “The Star-Spangled Banner.” What’s going through your mind when you’re singing it?

CANDICE GLOVER: Every time I sing that song, it’s the scariest moment of my life. I don’t think that any other performance has ever touched the nerves that I get when I sing that song because it’s a really important song and you can either do too much or not enough. The main thing I think about when I’m singing is not forgetting the words. If you forget the words, that’s going to haunt you for the rest of your life.

RATED R&B: Is there anything else you have coming up?

CANDICE GLOVER: I’m going on an international tour in March. I’ll be starring in the lead role in stage play called The Love Shack.

RATED R&B: Tell us more about your role in the play.

CANDICE GLOVER: I’ll be playing the role of Lovely, who is a church girl struggling to find her own way because her dad won’t let her be her own person. I think they chose me for the role because of my roots and growing up in church that will always be a part of me. No matter what kind of music I make. I’m excited! It’s my second play and third time acting.

For more information on Candice Glover, follow her on Twitter/Instagram @CandiceGlover.