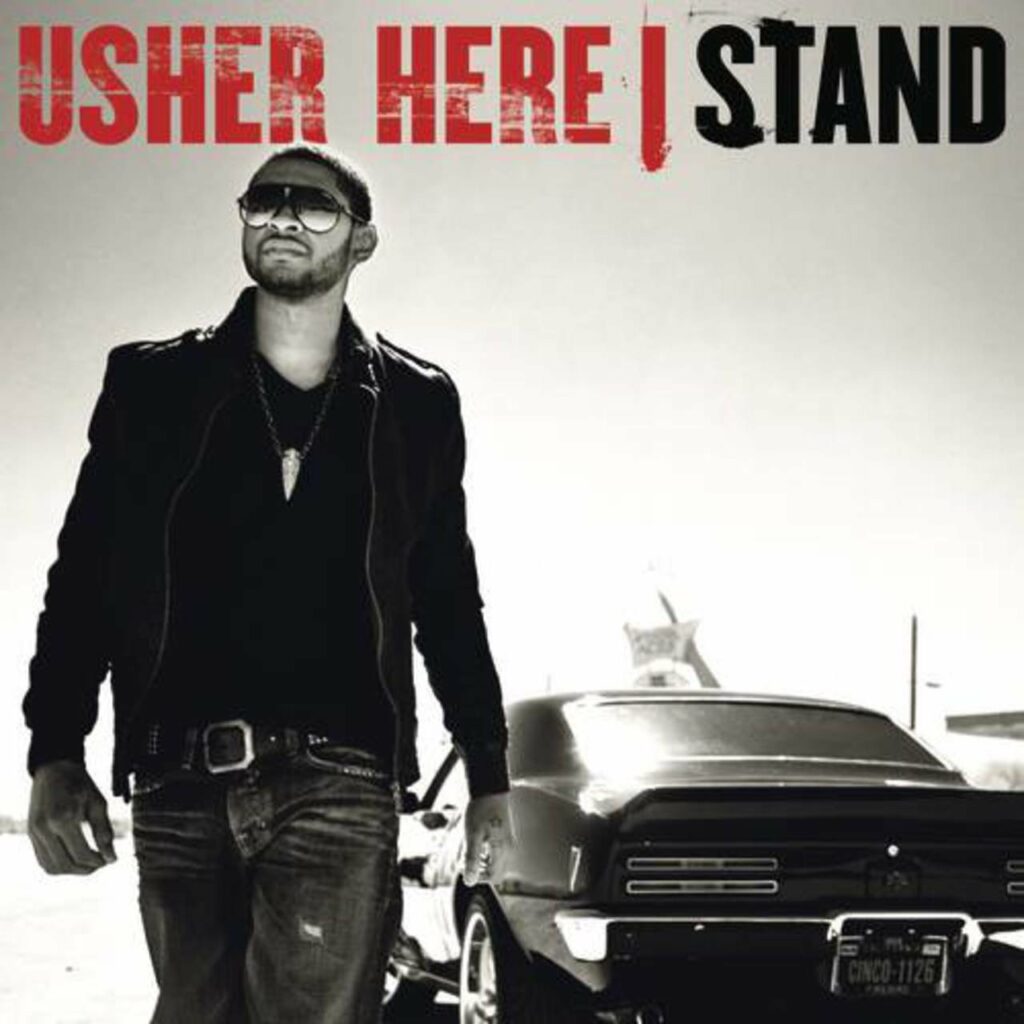 “A lot of what I plan to offer with this album is kinda standing in this spot. … The king’s back. I ain’t gonna say ‘back,’ I never left,” proclaimed Usher in an MTV interview in 2007. Six months after making this bold statement, the R&B crooner released Here I Stand, his first album since 2004’s multi-platinum Confessions.

A lot happened in Usher’s personal life since his Confessions era. From ending his relationship with singer Chili and parting ways with his mother as manager to losing his father and becoming a father and husband, Usher wanted his life experiences to reflect in the records on Here I Stand.

Although he recorded some of Here I Stand before the birth of his first son and his marriage to then-wife Tameka Foster, his new music direction was already in the works. “It was a deliberate choice to make music with substance, not just about the things that we’re accustomed to—music about being the celebrity, the player, or having the car, the girl and the bling,” he told ESSENCE in 2008.

To celebrate its 10th anniversary, here are five love lessons from Here I Stand.

Sometimes we get comfortable sticking to societal norms (i.e. a man pays for movie and dinner, women cooks and clean). But who said we have to follow those exhausting rules? Whatever keeps your relationship thriving, do it.

Lesson 2: The past is the past for a reason.

Give your ex’s successor a chance to make their spot in your heart their own. While your former love may have treated you wrong, that baggage shouldn’t be carried into your next relationship. Share those hurtful moments to your next mate the beginning, and just give them an opportunity to prove himself until they show you otherwise.

There’s nothing wrong with a quicky every now and then but it can’t be the norm in the bedroom. You can’t just get yours and forget about them. Your significant other deserves a pleasurable loving making experience, too.

Unless your lover practices sorcery, they probably can’t read your mind. Walking around with an attitude and being distance won’t rebuild a broken relationship. If they can’t get through to you, how can a bond be mended? Here’s some advice: talk up. You can either love them or leave them alone. It’s that simple.

If you love your mate, then let them (and the world) know it’s real. Not to say you put your relationship on display all the time. But there’s nothing wrong with cute little reminders, especially if it’s a solid connection.

Revisit Here I Stand in its entirety below.