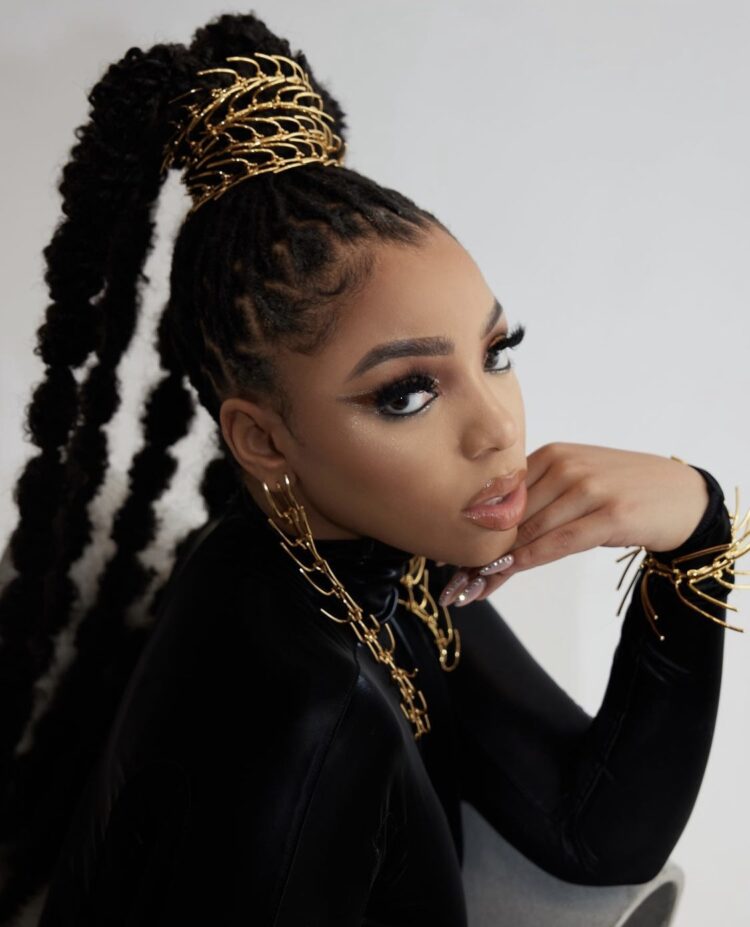 Chlöe has scored her first award as a solo artist. The 24-year-old singer won Best R&B at the 2022 MTV Europe Music Awards (EMAs), which is a fan-voted awards show.

Although Chlöe did not attend the ceremony due to rehearsals for an upcoming performance, she went to Instagram Live to share her excitement about winning the award.

Holding back tears and happy laughs, she said, “I just wanted to thank you, guys. I’m not going to cry, but it was like a pretty sign because, you know, when you start doubting yourself and everything, so it really made me happy. So, I thank you guys, and I love you all.”

Starting with her 2021 debut solo single “Have Mercy,” Chlöe became a breakout R&B star. The hyperconfident track soared to No. 1 at urban radio before last year ended. It was certified platinum a month shy of its year anniversary.

“Have Mercy” was followed by a parade of other singles from Chlöe’s highly-anticipated self-titled debut album, including “Treat Me,” “Surprise,” and most recently, the Latto-assisted “For Tonight.” She dazzled audiences with the former two tracks of the trio at the 2022 BET Awards.

Released on Oct. 28, “For the Night” was paired with a music video that co-starred comedian Druski. To date, the midtempo bop, produced by London On Da Track, has generated over 3.2 million streams on Spotify. It’s her second most popular song on the platform.

Chlöe’s self-titled debut album has not yet received a release date. However, in March, she did confirm that her first proper album was complete.

“Guys… I tried to hold it in but I finished my album a couple weeks ago,” she tweeted. “I don’t control dates or anything, but just know I’m super proud of this project. It means absolutely everything to me.”

Since then, Chlöe has remained active, namely reimagining Adina Howard’s 1995 classic “Freak Like Me” for Spotify Singles. It was fitting since her own single “Surprise” makes great use of its production.

Before that, she was featured on Calvin Harris’ star-studded album Funk Wav Bounces Vol. 2. She then appeared on Ari Lennox’s sophomore album, age/sex/location.

Chlöe teamed up with Pepsi® for its Pepsi-Cola Soda Shop campaign. As part of the collaboration, she recorded a new version of Kenny Loggins’ soundtrack classic “Footloose” from the 1984 film of the same title.

Additionally, Chlöe has been nominated for two 2022 Soul Train Awards, including Best Dance Performance and Video of the Year for “Have Mercy.”