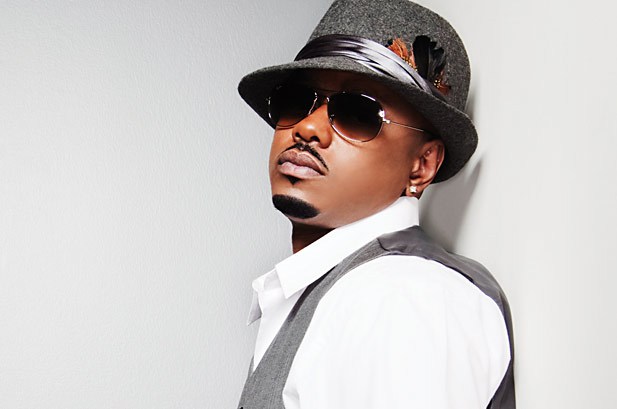 Donell Jones released his debut album My Heart in 1996. Since then the Chicago native has consistently released quality music that many R&B listeners can enjoy.

It goes without saying that Jones’ most successful and highly appreciated album is Where I Wanna Be, which was released in 1999. The album included timeless hits including the title track, “U Know What’s Up,” “Have You Seen Her,” and “Shorty (Got Her Eyes On Me),” among others. It is this particular album that made Jones standout as an R&B artist.

With seven albums under his belt, Jones proves that he’s adored in the R&B music community. On July 9, Jones released his new album “Forever” independently via eOne Music.

Jones recently sat down with Rated RnB to discuss his new album. In his interview, he also talked about the key to his longevity, his dream R&B tour, the decline in R&B music sales, relationships, and more.

Check out our exclusive interview below.

You’ve been in the music industry for many years now. What do you believe has been the key to your longevity?

Just really loving the art of making music. It’s something that I loved as a child and still love today. I feel like I haven’t learned everything. I’m always constantly trying to learn things about music that I haven’t tried yet. It’s an ongoing process for me.

Some people believe that you’re an underrated R&B artist. Do you consider this to be true?

Not at all. Some people may say that but that’s their opinion. I really feel like my music has reached the people that needed to hear it.

Let’s talk about your new album Forever. In a recent interview, you said that every album you release represents a time in your life. What does “Forever” represent?

It represents where I’m at in my life right now as far as mentally and my relationship and just life in general. It definitely shows my growth as a human being.

The first song leaked off this album was “Step The F*ck Off” back in December 2012. What was your inspiration behind this track?

A lot of men think that guys try to hit on their woman but the majority of the time it’s the opposite way around. I’m just saying instead of getting yourself in a situation where one night of pleasure can end up as a lifetime of misery, just tell the woman to “Step the f*ck off.” Tell her to step off and you find somebody who is single.

You also dedicated a song called “I Miss The King” to Michael Jackson on the album. What inspired you to include this song on this particular album?

Michael Jackson has been an inspiration since I could remember. I really felt like it was weird that nobody has done a record for Michael Jackson. This guy has inspired me to write, to make music and I feel like I owe it to him to pay homage to him.

“Beautiful” is another record on the album. Tell us about it.

“Beautiful” is the second single off the album. My reason behind writing that song is ‘cause you know most of the time when you meet somebody, it’s based on physical attraction first. But that’s not going to keep you. You have to find that inner beauty. That was pretty much my reason for writing that record

Out of all the songs on Forever, which song would you consider being the most personal to you?

To be honest with you they all are but I would say the most personal one would be “I’m So Gone.” A lot of people live in their heads and for many years I did too. So I wanted to write a record about being caught in the mind and just releasing all those things, living for today.

You recently tweeted on Twitter, “If you love my ‘Where I Wanna Be,’ then you gotta hear my new album ‘Forever.’” How does “Forever” compare to “Where I Wanna Be”?

I would say “Where I Wanna Be” was my most personal album that I put out and “Forever” is no different than that. Everything about “Where I Wanna Be,” I lived every moment of that and that’s why those songs are so personal. [“Forever”] is just the same. It’s my life, my struggles, growing up…life in general. I feel like those two albums really do compare as far as me being a songwriter, musician and person.

You’ve written songs for artists like Usher and 702. If you could pen a song for any R&B artist, who would it be.

That would have to be Mary J. Blige, Faith Evans…I would love to write a song for Beyonce. Man, there are so many artists out there that I would love to work with and just get in the studio and vibe.

You recently wrote on Twitter that you would love to go on a tour with R&B artist Joe. On that note, if you could put together the ultimate R&B tour with two other artists (not including Joe), who would they be?

I would love for that to be R. Kelly and Musiq Soulchild. That would be an incredible show.

It seems like the new trend for R&B artists is to go the independent route. Why do you believe this is the case?

I think it’s just a natural progression. I spent many years with a major label. It was great. I loved it. I feel like it’s a natural progression for me to be able to make more decisions for my own career instead of have someone else dictate my career. I really feel like a lot of artists are moving in that direction because they want to have a say in their life and in their career.

R&B sales have been in decline. Do you think it’s because of the artists going independent or the quality of the music? What are your thoughts on this?

I think it’s a bit of both. I think it’s the quality of the music that has been coming out. I think a lot of the R&B music that’s out today is really pop but has been passed off as R&B. Not only that, it has a lot to do with radio. Radio isn’t really playing a lot of the R&B that came out in the 90’s. They are kind of moving more toward the pop sound. I think that has a lot to do with the decline in sales. Also, I feel like a lot of that stuff is coming back. It’s a revolving door. Things are going to turn around and I hope to be part of that.

Speaking of R&B and R&B albums, name an album that you can listen to from start to finish without skipping a track. 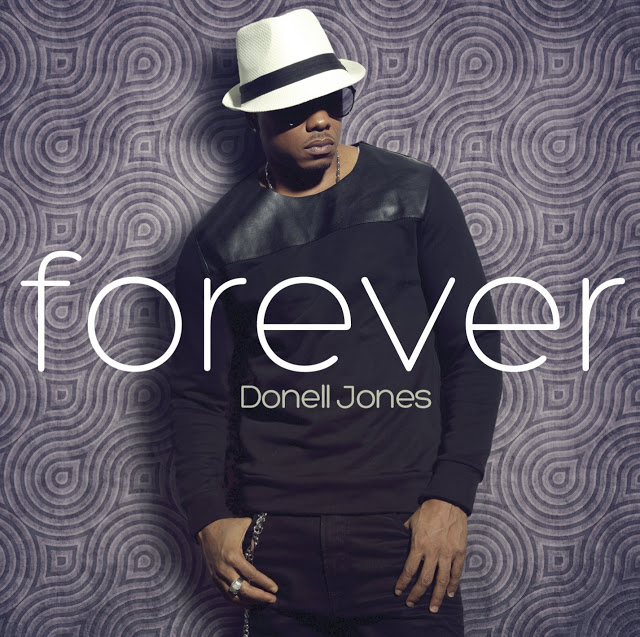 What do you think is the main ingredient to get people to listen to an album without skipping a track?

I think it has to do with the quality of the songs and what you’re talking about in the record. I think if you make something that people can relate to — as far as maybe relationships and make people feel what you’re saying through songs — I think that’s what makes people listen to albums all the way through. The music and lyrics is what makes a complete album.

As a father of five, how do you balance being an artist with being a parent?

I would say that I wasn’t the greatest of parents in my younger years mainly because I was on the road a lot. I really didn’t get a chance to watch my children grow. But now I feel like I’m an excellent father because I spend a lot more time with my kids. I love music, the music business, and going on the road but it’s not as important to me as family. Family to me is more important than anything. Before, it was the other way around. But now it’s the opposite. I think that’s growth and becoming a man in general.

Do you believe your family has influenced your “Forever” album?

Definitely my family and my relationship with my wife.

Speaking of relationships, do you have any advice for other couples out there? What do you think is the key to a long-lasting relationship?

Rule number one is be honest. Don’t lie. It’s harder to lie than it is to tell the truth. If you tell the truth, it needs not to be covered up. Trust is another thing. Trust goes a long way. Without trust, there’s nothing. Also, don’t be possessive. Being possessive can kill a relationship.

Are there any other projects that you’re working on?

I’m in the process of trying to put together a hat line. That’s been my signature since the beginning of my career. I’d love to put a hat line out there and have some people rocking my joints.

Make sure you go cop Donell Jones’ new album Forever in stores now. The album includes the title track and “Beautiful” as the official singles. It’s certainly an R&B album that you can listen to from start to finish. 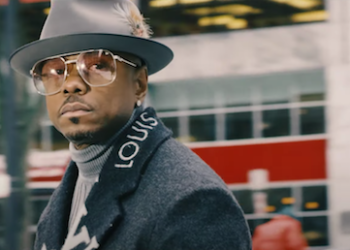 Donell Jones knows that what goes around, comes around in his new video "Karma (Payback)." Directed by G Visuals, Jones... 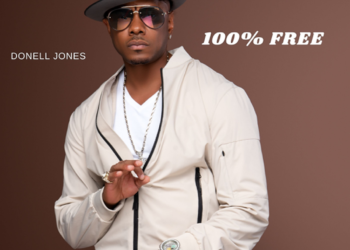 No Valentine's Day playlist is complete without a little Donell Jones. The R&B veteran has shared a new seven-track album titled 100%...