Xscape Changes Name to XSCAP3, Kandi Explains Why She’s Not Making New Music with Them

Legendary R&B group Xscape has changed its name to XSCAP3 with one less member — Kandi Burruss.

XSCAP3 also plans to release their upcoming EP, Here For It, on March 3 via XSCAP3 Entertainment.

When a fan on Instagram questioned the name change and why Burruss was not part of it, Cottle explained the group’s decision. “It’s only 3 girls on the music & [Kandi] does not want people thinking she is on the music, so u will know the difference. It’s Xscap3 for anything she is not apart of,” she wrote.

In a recent interview with MadameNoire, Burruss explained why she will not make new music with the group.

“I don’t want to mess with our legacy,” she said. “When we were a group, we had three platinum albums. All of our albums were hits. We never had a flop album. And things are not how they used to be back then. Records are not selling like they used to do back then. I don’t want to put out an album and it does not…be on that same level.”

She added, “We’re just four different women with four different creative ideas that I don’t feel like we see eye to eye creatively on what the music should be, and I would hate for us to not put out something that is as good. I just feel like it kind of tarnishes things.” 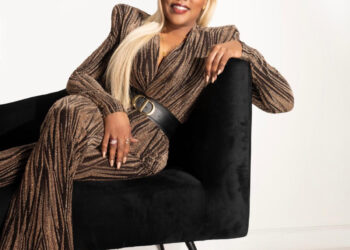 R&B veteran LaTocha has signed a deal with Motown Gospel, a division of Capitol CMG/Capitol and Universal Music Group. As...