Revisiting Fantasia’s ‘Back to Me’ Album 10 Years Later

A detailed look back at the electrifying soul performer's most homely album to date. 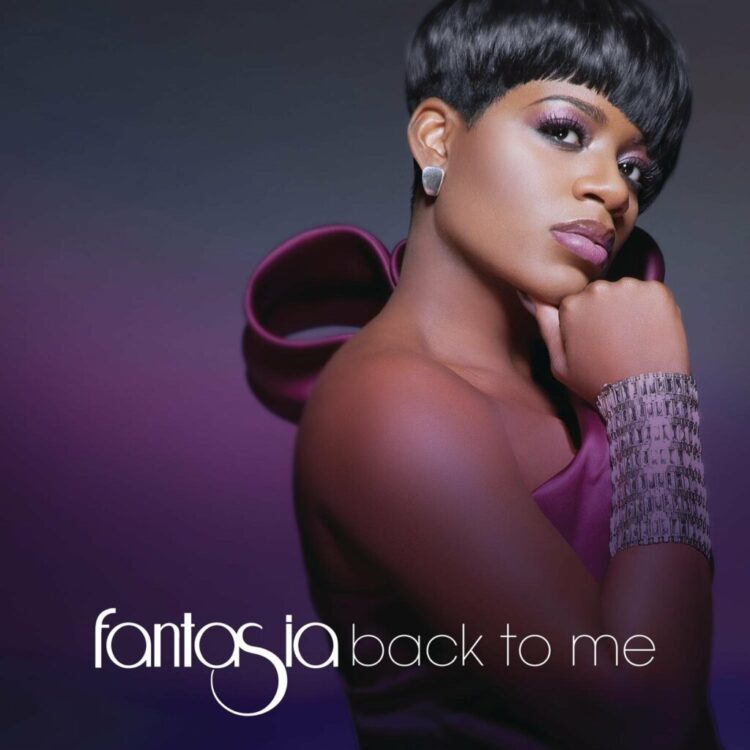 When Fantasia testified, “sometimes you have to lose to win again” on Side Effects of You, she may have been reflecting on the near-death incident that occurred two weeks ahead of releasing her third album, Back to Me, in 2010.

With nearly four years separating the cycle three winner of American Idol from her last album, there was likely a growing consensus — between J Records and critics alike — that this wasn’t the rollout they had envisioned. It also wasn’t the best news for Fantasia, who seemed poised to become the next soul great of her time. But the aftermath of the rough patch was proof that you have to go through something to get something.

Fantasia, a homegrown singer from High Point, North Carolina, chose to renovate her sound on Back to Me from previous works. It wasn’t as cozy as the soft, warm security blanket from her post-American Idol debut, or the more daring direction from her eponymous follow-up.

Like many notable third R&B albums, Back to Me demonstrated versatility and growth, as well as a return to the basics. The artistic maturation was casually synonymous with the junior long players of music mentors who inspired this album: Aretha Franklin, Tina Turner, and the British rock band Queen.

In 1962, Franklin’s former publicist described her innate talent on The Tender, the Moving, the Swinging Aretha Franklin as “completely free, uninhibited, and thrilling.” Queen’s 1974 Sheer Heart Attack received praise for “being the moment where they truly came into their own,” whereas four years later, Billboard crowned Turner’s third solo LP Rough as “an adventurous variety of old and new material.”

Interestingly, the 12 songs on Back to Me nested comfortably between those album assessments for her flagship influences. The album also became a natural soundtrack for Fantasia to reconnect to those verse records that likely played in her household growing up and embrace her Southern roots.

For many Black women, who grew up in the south, where the food is made with love and church is the haven for the sake of tradition, the social expectations of their existences have always been to stand beside their men, despite the complicated experiences they often bear.

But Black women now and in 2010 — socially and economically independent — are holding down the household for themselves and their families. Throughout the album, Fantasia makes references to Black womanhood and reinforces the importance of women’s independence.

The essential tracks to support this movement includes the piano-based opener and second single “I’m Doin’ Me” and the Ne-Yo-penned cut “Man of the House.”

The former, written by the storytelling virtuosos Louis York — Claude Kelly and Chuck Harmony — foreground the proud journey of women, particularly Black women, freeing themselves from the dependency of a man’s unrequited love and rediscovering peace and confidence in themselves.

The theme of moving on isn’t uncommon for Fantasia, especially with songs like the pink-slipper “Two Weeks Notice” and the content “It’s All Good.” But on “I’m Doin’ Me,” there was no detection of hesitation in her commanding voice to return to a foul relationship.

“Man of the House” counterbalances Fantasia’s welcoming new take-charge attitude found early on the album starter. It’s a female-power anthem that preaches self-sufficiency. It advises women to take the do-it-yourself approach and stop leaning on men to assume the traditional role within a household as it relates to male-typed chores and other responsibilities.

Her goal here on the Rykeyz and Ne-Yo-produced track, which was destined for urban radio success, isn’t to strip away the chief title of her man or emasculate his presence in the home. It was merely a herald that if he can’t show and prove why he rightfully deserves to be the king of the castle, then she will happily wear both crowns in the household.

No matter how much Fantasia exposes the satisfaction in women’s autonomy, at times, she falls back in the arms of deference. Part of her reasoning for this could lay in her background, from growing up in a two-parent household to her strict religious upbringing.

But she frames her independence for safekeeping and reroutes her mindset to the tender instructions of a man. Fantasia is inclined to “Trust Him” on the Chrisette Michele-esque and Melvin Bliss-sampled number. The indication that she is willing to be humbly submissive to her mate turns up on “Teach Me,” when she sings of becoming an alumna of his idealistic institution.

Though, in knowing what her relationship is with the Almighty, this rootsy track could be augmented as a guidance-seeker to gain greater understanding, correction, and training that can only be found through God’s teachings.

Fantasia is on her way to legendary soul status not because of her increasing number of years in the industry but because she’s a pro at keeping the groundbreaking soul sound of years past alive through her prolific work.

On this hearty tune, Fantasia broke out the black, cast iron frying pan and stockpot that grandma cooked with when she listened to her favorite soul performers, equating the complexity of a down-home love with two soul food staples in the Black community. “I never put up with BS from anyone, but I take it from you / Ain’t that some love? / And I never had no one put me through what you do / But as long as it’s you / Oh, baby, that’s some real love,” she sings.

In moments like these, her gritty wails and belts draw hankering listeners to a seat at the table for a plate of good ole’ comfort food.

Always eager to pay homage to the great musical nuances by her biggest inspirations, Fantasia’s aching soul reaches a boiling point on “The Thrill Is Gone.” With a feature from CeeLo Green and a sample by Isaac Hayes, the stirring artist puts on a painful performance of emotional agony after a relationship has reached an untimely climax.

What might have enabled Fantasia to spread her vocal wings for this composition in such a show-stopping manner could be that she recorded it with live instruments. Those essential studio components remained a standard in future recording sessions, namely on album cuts like the go-go-leaning “Get it Right,” the country-inspired “Ugly” and the dramatized “Bad Girl.”

Soul mastery aside, Fantasia utilizes the sought-after songwriting and production stylings of Rico Love to achieve a middle ground between her seasoned energy and the then-current trends of R&B. The results were two similar stylistic tracks: the cliché female R&B cut “Who’s Been Lovin’ You” and the pretty, twinkly “Falling In Love Tonight.” The finest of the two songs is the former, a lonely tale of a past lover who has to adjust to being single after so long. Feeling like her love is irreplaceable, Fantasia sings over a classical-piano pattern that has a certain resemblance to a Vanessa Carlton cinematic favorite and reassures him that she’s the hero to his broken heart.

Fantasia wrote in the liner notes of the final album under the J Records imprint her heartfelt acknowledgments to the many studio contributors, executives, and family and friends who were a part of the Back to Me journey. One thank you to a musician, in particular, stood out.

“Claude Kelly, you already know!!! You and I are like Bonnie and Clyde, lol!!!!!,” she wrote. “You brought things out of me that I didn’t know I could do, you took my story and turned it into a musical masterpiece. You didn’t judge or laugh at me — instead, what you did was give me some great music out of it….I love you, man.”

What was once her shadowy feelings after an emotional fallout is now the musical showpiece we know as “Bittersweet.” Noted as the first single from Back to Me, this reflective ballad is intensely cathartic.

Accepting the role of the protagonist in her own story of romantic unrest, Fantasia is conflicted with deep emotions after calling it quits with a neglectful lover. Kelly writes the soul-piercer where she can’t skip over the pain. Instead, she has to walk through it to soothe her broken heart. Lyrically, “Bittersweet” depicts the misery that attracts many music followers, while Fantasia’s immaculate hoarse vocals have an impactful effect.

At the time Fantasia was overcoming her darkest hours, she soared to number one on the Billboard Adult R&B Airplay chart with the agonizing track. It marked her first chart-leader on the respective chart in five years and third overall.

Perhaps the most critical moment to come from the personal challenges that loomed over this album and its era was her first Grammy win. She campaigned on her VH1 reality show Fantasia For Real that she wanted to win the most coveted music award, and she did. Her victory in the category for Best Female R&B Vocal Performance (“Bittersweet”) at the 53rd Annual Grammy Awards in 2011 is one for the Recording Academy history books. She is the last performer to take home the award after it, along with 30 other categories, were discontinued following the 2011 ceremony.

Despite the controversy that surrounded her ahead of the album release, Back to Me entered at number two on the Billboard 200 its first week, becoming her highest-charting album debut at that time.

To this day, not many performers could have tunneled their way out of a publicly embarrassing situation and make it out on top as fearless as Fantasia did. Though she might have purged a particular portion of her fanbase due to her human transgressions, she also probably gained some new who may have been in similar situations.

Her strength and resilience are to be admired and not looked down on. Everyone makes mistakes.

At least with Fantasia, she was able to grow and heal with the use of her most effective tool: her voice, even if it turned out to be bittersweet.

Stream Back to Me by Fantasia below. 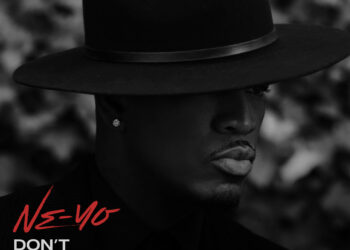 As cliché as it always sounds, communication is a key ingredient of a healthy relationship. Although good communication won't fix...