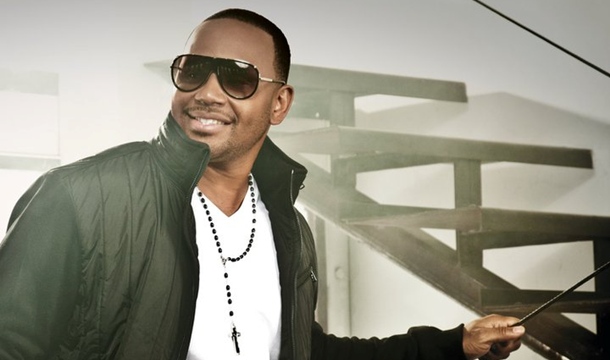 Avant made his mark in 2000 when he released his debut single “Separated” from his album, My Thoughts. The heartfelt ballad made a huge impact on the charts, peaking at number one on Billboard’s Hot R&B/Hip-Hop Songs chart. From there on, Avant gave R&B lovers hits like “My First Love” featuring Keke Wyatt, “Read Your Mind,” “Making Good Love,” “4 Minutes,” “When It Hurts,” among others.

Fast forward to 2013. Avant is preparing to release his seventh studio album, Face The Music, on February 5 via Mo-B Entertainment. The 12 track album includes lead single “You & I” featuring Keke Wyatt.

We recently had an opportunity to speak with Avant about his music. During our interview, Avant talked about his inspiration behind Face The Music, reuniting with Keke Wyatt, difficulties in the music industry, and his longevity in the industry. He also hinted his second single from Face The Music and plans for a duet album with Keke Wyatt.

Your new album “Face the Music” is dropping next month. What was your inspiration behind that title?

In everyday life, at one point, you have to face the music. I felt like it was real catchy and made people think as well. With the first single, me and my girl Keke Wyatt [are] kind of paying homage to the greats back in the days. With a song like “You and I,” it’s talking about love making. It’s talking about how R&B really touched me as a small child. It has a lot of connection in me personally with this album.

What inspired you to reunite with Keke Wyatt?

A lot of people  been asking, “When are you guys are going to do another record?” I felt like me taking a little time off and her doing her thing in the movie and sitcom world, I felt like it was time for people to hear us again. It was a perfect time because I was writing a record that was real…it wasn’t something that you might love this month and then get rid of the next couple of months…it was a real record, so I felt like this was a perfect time for us to jump back in the game.

Speaking of “facing the music,” tell us about a difficult time you faced in the industry and how you overcame it.

Well it’s a lot of things that’s difficult in the industry. It’s a cut throat industry. If I could pick out one thing, it would just be the whole nature of the business…I came in as an underdog. So my thing is to pretty much rise to the top. I love what I do and people are starting to see the passion in which I exhibit with my music.

What can your fans expect from Face the Music?

Real music, man. I’ve got some great up-tempo music. I’ve got some great mid-tempo. I’ve got some great ballads. It’s apart of your life in that record. You might have some issues going on within yourself. It’s not all sad music. As you can see, “You and I” is a beautiful love ballad. It’s a lot of different elements of the music that might help you through your situation or help further your situation. I try do stuff that help people. I was raised on some great musicians such as Babyface and Luther Vandross. When I heard those records, they helped me grow as a young man. that’s what I’m trying to do right now.

With “You and I” out making an impact on the adult contemporary charts, when do you plan on releasing a second single?

We’re back and forth with a couple of different ideas. I don’t want to let the cat of the bag too soon. It’s a couple of them. I have a record “best friend” I have a record called “80 in the 30”. It’s talking about going 80 miles per hour in a 30 mile zone. Now I wouldn’t suggest anyone to do that, but it’s talking about getting to your girl as fast as you can. It’s real catchy and I think it will take off as well.

You’ve been in the game for over a decade. As an R&B veteran, what are your thoughts about today’s R&B music?

I think it’s in a good place. I think we have some great artists as well. We have different records. When I got in the game, we had some heavy hitters. We had Joe, R. Kelly, Babyface, Luther Vandross — just so many great R&B artists. Right now they’re developing the same way but they’re doing different varieties and different sounds.

The reason why I stepped away for a minute is because I felt like the true R&B sound was being washed up under the board. So when you step away and you come and bring it back again, people  say “wow, now that feels good.” To hear somebody like Anita Baker redo [Tyrese’s] “Lately,” and switch it up the way she did, is a beautiful thing because when real R&B is being touched, it’s amazing.

As mentioned before, you’ve been in the game for a minute. What do you think has been a contributing factor to your longevity as an R&B artist?

Just being true to myself. Being a real character. When people approach me, they can hear a song like “Separated” and say “I been through that.” I do records that people can grow with and it never gets old.

Now that we are in 2013, do you have a New Year’s resolution or any goals that you would like to accomplish?

Do you have any other projects that you’re working on this year?

Me and my girl Keke are planning to go in the studio and do a duet album for the people. Hopefully, I can get out here and tour. It’s a couple of different ideas of tours. So we’ll see what’s up so I can bless people with the R&B sound

Speaking of Keke Wyatt, you appeared on an episode of “R&B Divas.” Would you consider doing reality TV?

No, not so much. I believe that too much of someone gets monotonous. I’m not knocking those who do it. I commend them. But if I was to do it, I would like to do it as a film  and I would like to write the film myself because I think I’ve got a good pen for it.

Be sure to get Avant’s new album Face The Music on February 5. The album is available for pre-order on iTunes. 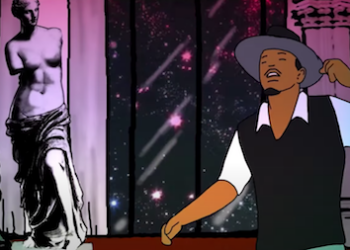 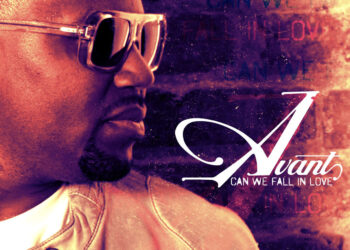