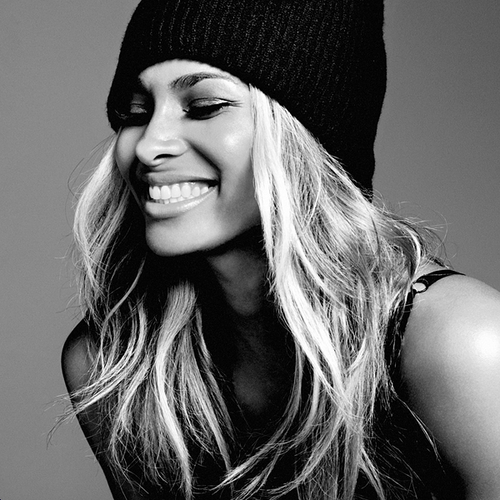 R&B has been performing well among their pop counterparts. One female artist earned her fourth  Top 5 album on the Billboard 200. Along with another chart highlight by an R&B heavyweight’s most known for his track “U Know What’s Up.” He showed independent artists can still make an impact on both radio and Billboard. Take a look at this week’s Chart Check, dates ranging from July 11-18 (Billboard) and July 14-20 (radio). We also have listed the R&B vocalists who charted on Billboard’s Hot Digital Songs chart.

Atlanta native Ciara continues to move up the Top 30 ladder with her hit single “Body Party.”  The single made a three spot jump from No. 25 to No. 22. Also Ci Ci’s Nicki Minaj-assisted single “I’m Out” moved from No. 55 to No. 44.  Justin Timberlake debuted at No.47 with his new single “Take Back the Night.” Despite all the remixes and her appearance on the 2013 BET Awards, Mariah Carey’s single “#Beautiful” featuring Miguel failed to crack the Top 10. In fact, “#Beautiful” tumbled to the Top 30 this week (Last week: No. 17) to No.23. Lastly, six-weeks in a row, Robin Thicke remained No.1 with his single “Blurred Lines.”

Congratulations are in order for Ciara. Her self-titled album soared to the top of Billboard’s Top 200 Albums Chart and debuted at No.2. Donell Jones’ new album “Forever” debuted in the Top 20 of the chart, selling 13,000 copies his opening week. Both Kelly Rowland and Joe’s latest studio albums are missing from the Top 10 and Top 20. Rowland’s “Talk A Good Game” landed at No.23 this week (Last week: No.19) while R&B crooner Joe makes a fall to the pit of hell from No. 6 to No. 21.

In their respective order, here is the Top 5 Digital Download Among R&B Acts:

With “Body Party” steadily increasing airplay, Ciara is gunning for Robin Thicke’s No.1 spot as her single moved from No. 3 to No. 2. After only two weeks, the “Oh” singer’s second single “I’m Out” featuring Nicki Minaj continues to move up the Top 5 (No.5 to No. 4). Her “Love Sex & Magic” collaborator, Justin Timberlake’s “Take Back the Night” debuted at No.5, while his single “Suit & Tie” featuring Jay Z fell two spots (No.4 to No. 6).

It was no surprise Ciara would notch the No.1 with her self-titled album, which sold 58,000 copies its opening week. Justin Timberlake remained at the No.2 spot with “The 20/20 Experience” selling 17,000 units this week. R&B veteran Donell Jones debuted at No. 3 with his new album “Forever.”  Singer Joe fell one spot (No. 3 to No. 4) with “Doubleback: Evolution of R&B,” which features American Idol winner Fantasia. Kelly Rowland continues to slowly fade away on the R&B charts as her latest LP “Talk a Good Game” slipped to the No.5 spot this week (Last week: No.3).

Congratulations to Donell Jones! He debuted at No.2 on Billboard’s Independent Albums chart. Let’s also recognize R&B veteran Joe, who debuted at No.1 with his album “Doubleback: Evolution of R&B” the week of July 4-11. We salute our independent R&B artist.

A few of R&B’s leading male artists ended the week with major increases of radio spins. Leading the pack with a stellar 168 in new spins is Robin Thicke’s “Blurred Lines” (No.7). The single totals 2,961 radio spins since debuting on the chart 43 days ago. Second in line is Miguel’s sensual third single “How Many Drinks” (No.9), which ended the week with 130 spins, totaling 2,569 radio spins since debuting over four months ago. The last artist to close the week with the greatest amount of spins is Mario with his comeback single “Somebody Else” featuring Nicki Minaj. The single (No.15) racked in 117 new spins to close the week, totaling 1,731 in 48 days.

R&B songstress Chrisette Michele finds a new home at the No.3 spot on the Urban AC with her lead single “A Couple of Forevers” from her latest album “Better.” Last week. Robin Thicke ended the week at No.12 with his dance-crazed hit “Blurred Lines.” The single ends the week at No.7 with a total of 1,217 radio spins. Fantasia’s ladies anthem “Without Me” steadily increases radio airplay, moved from No.21 to No.14 this week, totaling 615 radio spins. Yet again, Alicia Keys remained No.1 with her Maxwell-assisted single “Fire We Make.”