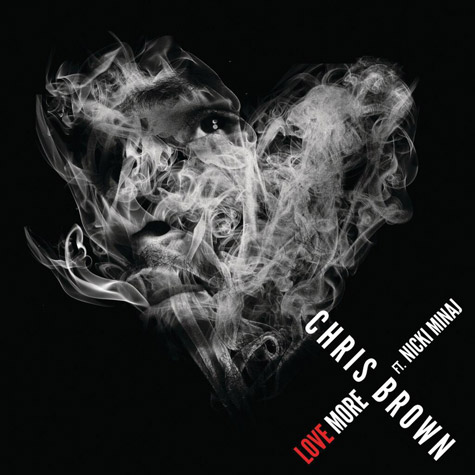 R&B fans are requesting good music and R&B singers are delivering. This week, find out where Chris Brown’s new single from his forthcoming album debuted on Billboard and its current radio position. Dates range from July 25 – August 1 (Billboard) and July 28 – August 3 (radio).

With Nicki Minaj back on her feature grind, Chris Brown notched her for his single “Love More” and it helped debut the single at No. 56 on the Billboard Hot 100.

The rewind button has been pushed on Justin Timberlake’s “Take Back The Night” as the single falls from No. 39 to No. 52 after debuting three weeks ago.

Kelly Rowland’s fan-base ‘Rowland Stones’ may have purchased “Talk A Good Game” but it wasn’t at a Wal-Mart or Target – let’s try the local barbershop from Craig and dem. With only six weeks spent on the Billboard 200, the album continues to decline and is now at No.52 (last week: No.45).

Holding it down for R&B in the top 10 is Robin Thicke’s “Blurred Lines” at No. 1. “Body Party” by Ciara rests comfortably at No.3 and Fantasia’s summer hit “Without Me” at No. 7.

Tamar Braxton keeps things poppin’ at No.12 with her second single “The One” from her upcoming album “Love & War.”

Mariah Carey is singing praises in the highest whistle register as her lead single “#Beautiful” from “The Art of Letting Go” hit the one-million mark in downloads. The song resides at No. 48 and sold 33,827 in digital downloads to accomplish the milestone.

The carbon copy of Mimi, Ariana Grande debuted at No.6 with her latest single “Baby I.” The new track sold 141,133 for its huge debut on the chart.

Chris Brown’s latest single “Love More” featuring Nicki Minaj debuted at No.5 on Billboard R&B Songs this week. “Love More” comes behind “Fine China” (No.4) as his second-highest debut song of the “X” album era. “Don’t Think They Know” follows in third place debuting No.11 on the chart.

Justin Timberlake moves one more slot up (No.4 to No.3) with his latest single “Take Back The Night” from his upcoming release “The 20/20 Experience – 2 of 2.”

Robin Thicke takes over the airwaves and after 57 days “Blurred Lines” is No.1 on Urban radio. The single closed with week with 105 new spins and knocked J.Cole’s “Power Trip” from the No.1 spot with a total of 3,700 radio spins.

Fantasia locks the No.9 slot with “Without Me,” the second single from “Side Effects of You.” The single totals 2,310 radio spins.

In their respective order, here is the Top 5 R&B Songs:

If there’s one thing H.E.R. isn’t short of, it’s certifications from the Recording Industry Association of America. The multi-awarded superstar...