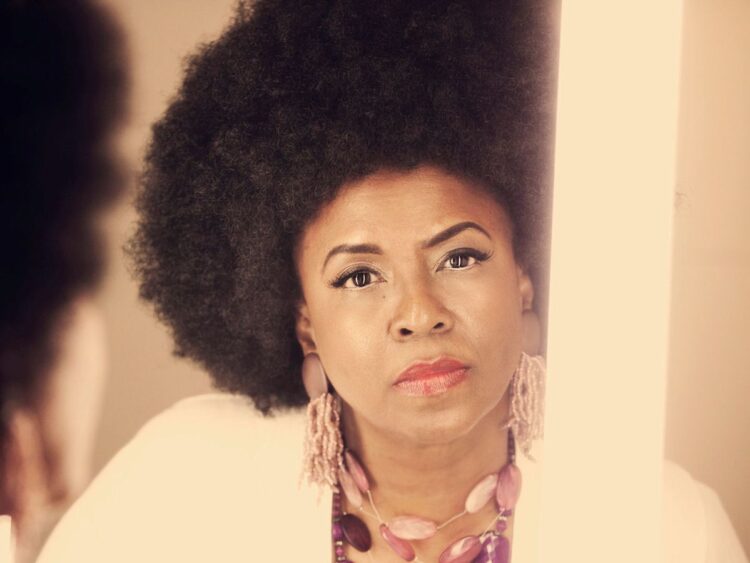 When female R&B legends are a hot topic among R&B fans, names like Aretha Franklin, Chaka Khan and Gladys Knight are always atop the list. However, there is one female R&B legend who is sometimes overlooked from the roll-call: Betty Wright.

For over 40 years, Florida native Wright has dominated the R&B music since the tender age of 13. Backed by her gospel roots along with powerful vocals, she landed early hits like “Girls Can’t Do What Guys Do,” and “Pure Love.” While she was already a household name in the Black community, she didn’t score first “pop hit” until her ’70s break-out hit “Clean Up Woman,” which became certified gold.

Since then, Wright’s career has reached even higher heights throughout her four-decade tenure. Aside from countless hits after “Clean Up Woman,” Wright launched her own record label (Ms. B Records) where she became the first Black female artist without partners to score a gold album on her label with the album, Mother Wit in 1988.

Wright has acted as a mentor and vocal specialist on Diddy’s Making the Band and oversees a songwriting school in Miami called, the M.O.S.T. (Mountain of Songs Today Equals Mountain of Stars Tomorrow).  In addition, she has had her music sampled by artist like Beyoncé along with having the new school of hip-hop artists (Lil’ Wayne, Ace Hood) reaching out for collaborations.

In August 2013, the “No Pain, No Gain” singer blessed fans with a new song “Tired” the lead single from her forthcoming album.

In our interview with Wright, she talks about her new album, the state of R&B music and much more. Check out our exclusive interview below.

Since you started your music career at age 13, what’s one thing you learned early on about the music industry?

It was more industry than me and it was more business than me. Your talent can only get you so far but it’s the machine behind the talent. I guess you can reference who makes it today, which are usually those least talented and have the most push and the most hype.

If that weren’t true, Aretha [Franklin], Patti Labelle, Chaka Khan, Jennifer Holiday and folks like that with amazing work would be in the top 10 all the time. It’s just a matter of what machine you have carried you.  Even if you don’t have a well-oiled machine, even if you have a fan-base, you have to work that fan-base.

Growing up with a gospel background, where else did you draw your early influences from to start your music career?

My mom, who was her own instrumentalist, played the guitar. So I would have to say my mom and my grandmother, who they say my voice is the most like and I’m named after her.

But I didn’t really get to listen to the radio because raised in a sanctified household, there was no R&B music being played, no regular music, which we called “jook” music (laughs). So when The Beatles and the whole English invasion came about, that’s the only music I knew – just really pop, pop, stuff.

The first chance I got to listen [to the radio] at someone else house, I was listening to James Brown, Otis Redding – what we call hardcore R&B.

With “Clean Up Woman” being your breakout hit, what were your initial feelings after you heard how it was being received by fans?

I have to tell you, “Clean Up Woman,” although most people think ’cause that’s the one that broke out on pop radio and all over, I had been singing hits before I had “Clean Up Woman.”

I had six hit records which were called “regional hits” like “I Love the Way You Love” and “Girls Can’t Do What Guys Do.” I had records that won awards, records that were hits in New York, D.C., the whole East Coast, that maybe someone didn’t hear in California. But I was already a hit in a black household.

What would you say was your breakout hit in the black household?

“Girls Can’t Do What Guys Do.” Everybody talks about that song.

That’s actually the song, Beyoncé sampled on her record “Upgrade U.” How does it feel to have the record brought in the new generation for you?

I was happy ’cause I happen to be with Jay [Z] and Bey in a session one day and she kept saying “Jay, I know you hungry but can we stop and play the song.” They were playing me some other things they were doing and I know we all have a mutual love for the art.

When [sampling is] done right and you get proper credit, it’s all good. I don’t like the shake business, what people are doing now; try and pretend that it doesn’t belong to other people, that’s when it gets real ugly.

There’s a lot of people involved in making a record. It’s writers, producers, the publishers and a whole bunch of other people that need the benefits – not just the artist. So if you are going to use a second-party, you gotta know who the second party is and usually, it’s a whole bunch of people.

In this life, who can say “What is deserving?” God reigns on the just and the unjust. I say it because somebody that can’t sing as well as me gets a hit and it’s not fair, maybe in my head, but I believe God has my back. He’s taken care of me all these years.

Are you working on any new music?

I have a new single called “Tired” and I’m working on a new album called Living…Love…Lies.

What’s the inspiration behind the album title?

It’s a universal vibe. We may not agree on many things…but those three seem to part of man’s eternal quest.

When can fans expect the finished project?

Hopefully the week of October 15. If there are any delays, it won’t be more than two weeks.

What three female R&B artists would you call your musical daughters?

Even if I’m not very, very close to them, the encounter that I have had has let me know they are my daughters in the spirit.

Mary J.Blige is definitely my daughter in spirit. She is very emotional and she gets being a people person. You just gotta love Mary. I remember her saying, “Sometimes I sing-off.” Your heart is always off. You ain’t gotta’ always be on the right note when your heart is intact.

I love Erykah Badu. Erykah writes what people are afraid to say. She pushes the envelope. I like that. She’s like a real natural girl. She’s all about natural birthing and bringing up your child educated in the righteous way, where you are doing a lot of the teaching. I love her for that.

Of course, India. Arie because she reminds me so much of my mother. They were born on the same day and her being a guitarist too. It’s almost like a channel. 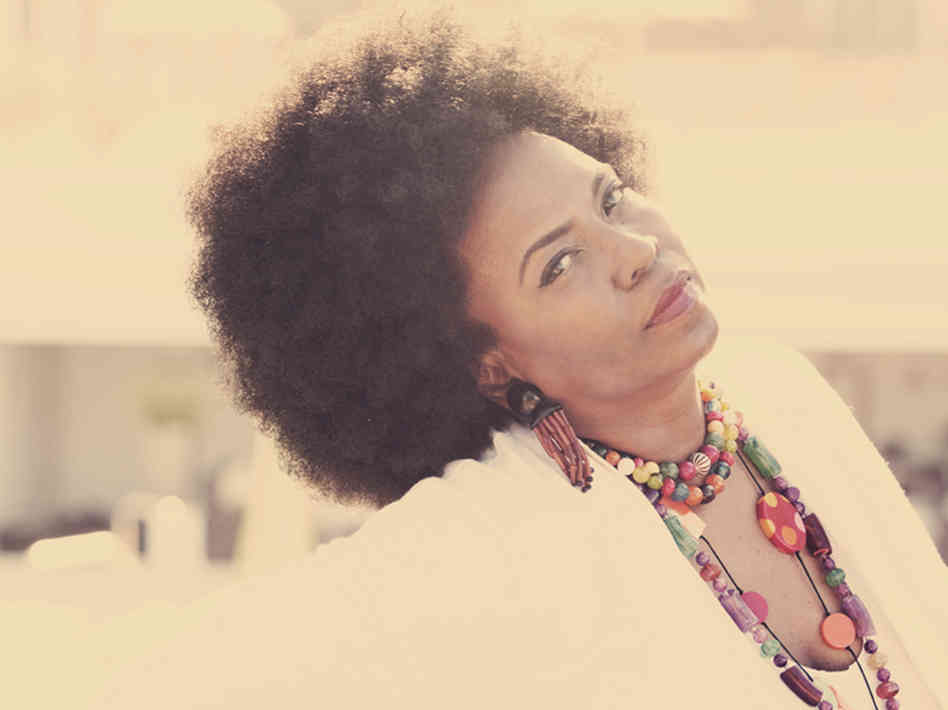 Being the first Black female R&B artist to achieve a gold record on your own label, how important was it to establish that type of foundation for yourself and your family?

It caused a lot of people to go independent. That was good and bad because there were record companies that really went after me in bad ways, tried to block me out of things.

The one thing you can’t do to a fan is change their heart about somebody. I know you see that with people trying to brainwash people about Michael Jackson, Beyoncé, or Lindsay Lohan or whatever, but people going to like who they like. It’s only so much you can do with a smear campaign.

So whether they said, “Oh man, I was a renegade,” I just didn’t understand why I gotta go pick a whole bale of cotton and come back and you give me a handful of cotton and I hand you my whole bale. I didn’t think that was cool.

You gotta sell a million records before you talk about getting paid at a major [label]. Then I felt like, “If I sold a 100,000 and I sold them myself, I’m already paid.”

So that’s why I figured drawing first blood was the way to go.

In R&B music, what do you believe is the difference between your generation and today’s generation of R&B?

It’s very, very different now. Now it’s mostly about sex not love — and very, very heavy about things and not things that last.

The white gentlemen, Jerry Wexler, who coined the term “rhythm and blues” had a vision of what he thought it was. Now every time somebody tells me somebody is an “R&B artist.” I’m like, “Naw. I don’t think so.” That’s not what Jerry envisioned.

Name artists you believe are still holding the torch for R&B music.

I think Angie Stone is real R&B. I like that John Legend has used a bit of a jazz into his R&B.

Mary J. Blige is real R&B. She has such a wide fan base to where she can branch out. She still has a little hip-hop flavor to the way she pulls it off.

Keyshia Cole, she really has some really good stories in a lot of her music.

You’ve got Anthony Hamilton and Eric Benet. Then you got the guys who ain’t going nowhere like Prince, who is forever. He can sing the phone book (laughs). He gets the core of R&B music.

Growing up, I gravitated more to older music and I have always heard your name associated with the record “Woman To Woman” …

Yes, when I used to listen to that song, a lot of people associated it with you. Can you clear it up?

I think there was an error on YouTube or somewhere where a lot of places put my name on that song. They identify talking on records with me and Millie Jackson.

There are Pandora stations that give me that song and “I’m Catching Hell” by Natalie Cole (laughs). They even give me Jean Knight’s “Mr.Big Stuff.”

I like the Home Network, where they rebuild and refurbish houses. Rescuing families, giving them their first home. I love that kind of stuff.  I like the decorating and designing, which I do so much of.  I take old furniture and reupholster it, paint stuff to match other stuff you can’t find. I love those type of shows.

I like televangelism shows. I find it entertaining sometimes to see how a young person would deliver the word versus an old person.

Any dream collaborations, even outside of R&B music?

Not off hand. I mean, I love collaborating. I was able on my last album to collaborate with Snoop [Dogg], Lil Wayne, Lenny Williams and The Roots.

I just did a collaboration that’s out now with Ace Hood called “Mama.” When I went to that session, that was the right fit for that song. Certain songs kinda’ of make me think of certain people. I might say “I need to put Rick Ross on a track here or I need to put DJ Khaled right here.”

But I don’t dream about it. I guess when it comes it comes. Now I wouldn’t mind doing something with Aretha [Franklin]. Maybe something we could write together and she could play the piano. I don’t think we would need a whole lot of music. I just would want her to play.

If you haven’t gotten the single “Tired” off  iTunes yet, it’s available now! The new album “Living…Love…Lies” set to arrive later this year.