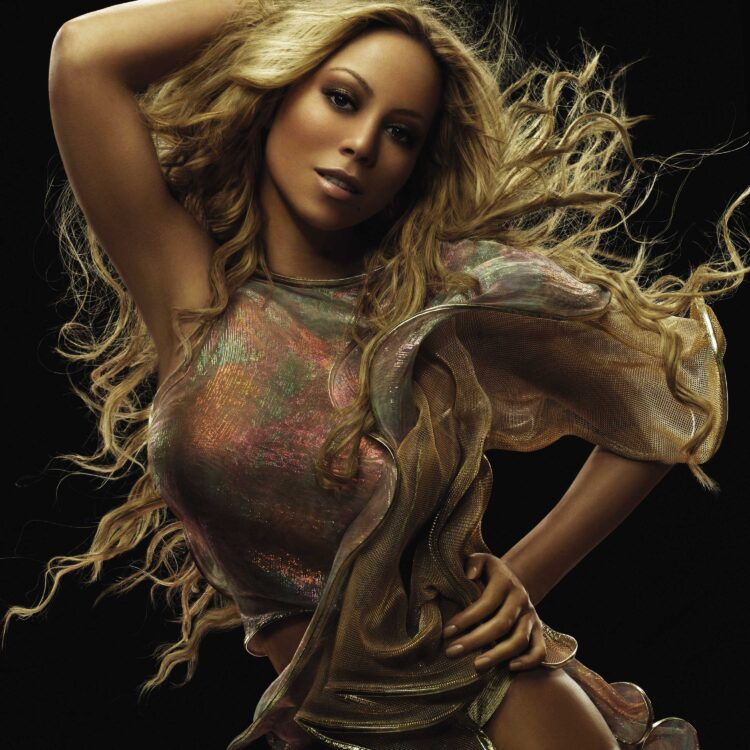 The angelic songstress known as Mariah Carey busted on the music scene in 1990 capturing the hearts of many. With her powerful five-octave vocal range, the modern-day Minnie Riperton dominated an entire decade with hits such as “Vision of Love,” “Emotions,” “Hero,” “One Sweet Day,” “Always Be My Baby” and many more. As Carey transitioned into the 2000’s albums like Glitter and Charmbracelet failed to match the legacy she built the decade before.

However, the critics’ opinions didn’t hold Carey back from reaching her highest potential. In April 2005, the songbird released her tenth studio album The Emancipation of Mimi. The album spawned several chart-topping singles including “Shake It Off,” “Don’t Forget About Us” and her comeback hit “We Belong Together.” The album became the best-selling album of 2005, selling over five million copies in the U.S. and more than 10 million copies worldwide.

Since then, Carey has released two more studio albums E=MC² and Memoirs of an Imperfect Angel; all great in their own rights.

With a career expanding two decades, Mimi has done alright for herself. She has managed to become the best-selling female artist of all time with more than 200 million albums and singles sold worldwide. Carey has even gotten her feet wet as an actress.

Before 2013 draws to a close, Carey starts writing the next chapter of her career. Today, she released “The Art of Letting Go,” the title track from her forthcoming album. To celebrate her new single and her amazing legacy, we wanted to share why music lovers should love Mariah Carey.

Unlike some R&B/pop artists who attempt to take credit for writing their biggest hits, Carey doesn’t do such a thing. She has been penning number one hits since the release of her self-titled debut album in 1990. All four singles from her first album topped the Billboard Hot 100.

With songs like “Betcha Gon’ Know” her storytelling approach captures each moment and every emotion one could feel if placed in a similar situation. “Though the lights were low / I could see you both / In a lover’s silhouette / And my heart stood still / I was froze right there/staring down at her red dress.”

2. She isn’t afraid to flaunt her sexuality.

Since the beginning of her career, Carey has never shied away from being a vixen. As she transitioned from her marriage with Tommy Mottola and blossomed into a Butterfly, Carey hasn’t been able to turn down her sexual volume.

From revealing, body-hugging gowns to baring it all a tiny bikini, Carey loves to show off her beach-ready body. Even at 43 years old, the mother-of-two can still be caught giving it to the people in a telling outfit.

“Mirror, Mirror on the wall. Who is the shadiest diva of them all?” Mariah Carey definitely fits the bill. The supreme singer has been an active member of the subtle shade library since the ’90s and hasn’t been late in her reading.

Remember her legendary shade to Madonna? “I really haven’t paid attention to Madonna since I was like in 7th or 9th grade – when she used to be popular.”

How about when she was asked about her thoughts on Beyoncé and J Lo. She praised King Bey but managed to be unfamiliar with the Puerto Rican princess. “I don’t know her,” Carey commented with a smile.

Let’s not forget about her flawless shade execution to Nicki Minaj in an interview with Barbara Walters. When asked was she bitch Nicki Minaj sings about in her latest record “Hell Yeah,” Carey swiped her library card once again.

4. She’s paved the way for many songbirds.

Not every R&B/pop diva is able to influence a generation of singers who come behind them. However, the anointed singer has managed to not only influence the next generation but she has even spread her gift to those of her own. Carey’s musical talents have rubbed off on singers like Christina Aguilera, Beyoncé, Leona Lewis and most recently Ariana Grande. Grande’s sound is almost identical to Carey’s runs and whistle register.

Even with all that Carey has accomplished, she isn’t phased by the newcomers that come after her.

5. She balances motherhood and her wife duties with grace.

Many see Mariah’s diva exterior of seven-inch heels and sexy gowns and don’t associate mother or wife but Carey is the total opposite. She takes the role as a wife seriously for one. Her then-husband, Nick Cannon was struck with a sudden illness in the spring of 2012. Carey rushed to his side, stepping out the role of Mariah Carey, The Superstar to Mrs. Cannon. She showed America she’s more than a life-size Barbie — she’s a wife first.

Along with recording her new album and touring, she doesn’t miss one moment with “Dem Babies” (Moroccan and Monroe). From hosting pajamas parties to enjoying family time at Disneyland and dressing up for Halloween, she’s your typical mother; well Glam mother.