Alicia Keys Plans To Focus On Lyrical Content On Next Album

by Keithan Samuels
in News
Reading Time: 2 mins read
Share on FacebookShare on TwitterShare on Email

Alicia Keys’ “Girl on Fire” era has come to an end and she is now focused on her next album.

The “Fire We Make” songstress recently caught up with Women’s Wear Daily to dish on her upcoming project.

“With this album, I find I have much more I want to talk about,” she told WWD. “This album is more about the concept, the thought I’m trying to get across, where in the past it’s been more about the melody. This time it’s more about what we’re going through as human beings. We all experience similar things. I find that the world puts us in these boxes where we’re only allowed to be one way — like, ‘to succeed as a career woman, you need to do it this way,’ or ‘to be a gay man, you have to be this way.’ First of all, we’re so much more complex than that. It’s about breaking down those boundaries. The songs concentrate on concepts like that. As human beings, we like to identify with something, and as for me, I love people with a strong point of view.”

Keys also said that she’s more focused on her album as a body of work instead of worrying about just singles. “As artists, we stopped making albums and began making singles,” she said. “Obviously record companies need to go where the business is, so we started making singles. Which is cool, but there’s something so amazing about an entire body of work, a collective view, that sense that all of this music came from one artist.”

Keys’ new album is slated to release in early 2015. 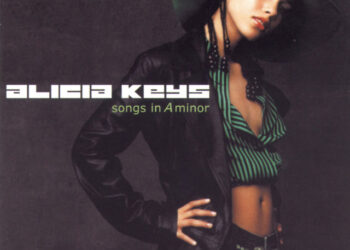 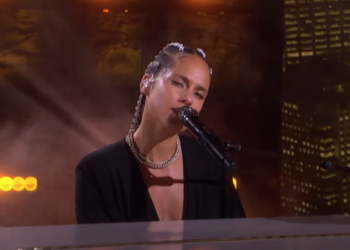