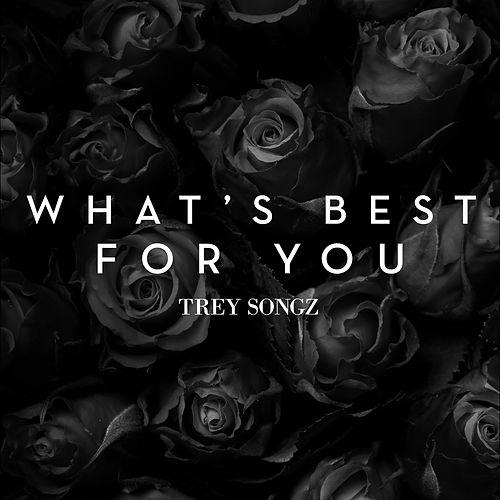 In this week’s edition of Chart Check, Michael Jackson’s latest album re-enters the top ten on the Billboard 200. Meanwhile, Mariah Carey’s Lambs hide under the sheets in shame as her “Elusive Chanteuse” album disappears from the top 20 and appears in the top 40 of the Billboard 200 after only three weeks.

We see Usher’s new retro-soul single “Good Kisser” finally hurdle over No. 70 on the Hot 100 chart. In addition, we alert fans that Trey Songz’ latest mid-tempo single “What’s Best For You” garners him a top 20 single on the Billboard Adult R&B Songs chart. Also, we show where Kindred the Family Soul’s new album “A ‘Couples’ Friends” debuts at on the Billboard R&B Albums chart.

Michael Jackson’s “Xscape” album ends the drought of R&B projects in the top ten this week. With 24,861 album copies sold last week, Jackson’s latest LP rises from No. 12 to No. 9. His second posthumous album has sold 309,133 copies to date.

Ariana Grande remains a “Problem” with Iggy Azalea at No. 2 for a fourth week.

“Wiggle” by Jason Derulo remains at No. 5 for a second week. Meanwhile, “Talk Dirty” featuring 2 Chainz slips to one spot to No. 15. Lastly, “Trumpets” off his “Talk Dirty” album steps backwards one slot to No. 57.

Pharrell’s larger-than-life hit single “Happy” falls two spots to No. 8 this week (peak: No. 1). His latest radio single “Come Get It Bae” off his album “G I R L” drops two positions to No. 80 in its fourth week.

After peaking No. 22, Trey Songz’ lead single “Na Na” off his “Trigga” album spends another week at No. 31.

Tinashe’s breakout single “2 On” jumps eights positions to No. 44 in its sixth week.

In its respective order, here are the top five R&B albums among R&B acts.

While Pharrell’s joyful tune “Happy” remains comfortable at No. 1 for the 13th consecutive week. John Legend’s “All of Me” finds itself dethroned from the No. 2 spot. This week, his hit single comes to a category close as Michael Jackson’s “Love Never Felt So Good” shifts from No. 3 to No. 2. This leaves Legend’s ballad falling to Jackson’s last week position at No. 3.

Kelly Price’s “It’s My Time” hops one slot to No. 4. This feat makes it the uplifting anthem’s highest position to date. Meanwhile, Jhené Aiko’s “The Worst” withdraws from No. 4 to No. 5.

In its fourth week on the chart, Robin Thicke’s apologetic ballad “Get Her Back” hurdles four positions to No. 7.

Pendulum Records artist Shaliek’s sophomore single “Ain’t Supposed To Cry” leans back two spots to No. 10 after peaking No. 8.

After debuting at No. 16 last week, Kem’s new groovy jam “It’s You” increases three positions to No. 13. Standing in the rear of Kem’s comeback record is Usher’s single “Good Kisser.” The R&B veteran’s lead single to his forthcoming untitled album jolts from No. 23 to No. 14 in week four.

Ledisi’s brand new single “Like This” falls two spots to No. 17 after enjoying a taste of the No. 15 position last week. Her lead single “I Blame You” off her album “The Truth” stands at No. 8 this week. The mesmerizing jam peaked at No. 3 on this chart.

Trey Songz’ tender ballad “What’s Best For You” debuted at No. 25 last week. In its second week, the song moves seven spots to No. 18, becoming a top-20 R&B single for his “Trigga” album.

Justin Timberlake’s latest radio single “Not A Bad Thing” moves one spot to No. 4 this week.

Breakout single “2 On” by Tinashe featuring ScHoolBoy Q skips three steps to No. 7.

Last week, Chris Brown’s relatable single “Loyal” reverses from No. 6 to No. 9. During his time behind bars, the Nic-Nac produced track peaked No. 1 on this chart.

In its fourth week, Pharrell’s “Come Get It Bae” sails five places upward to No. 20. Standing three spots behind is August Alsina’s B.o.B and Yo Gotti assisted track “Numb” at No. 23 (last week: No. 28).

For four consecutive weeks, “Loyal” by Chris Brown remains atop of the chart. While, Jhené Aiko’s “The Worst” lingers at No. 2 for another week.