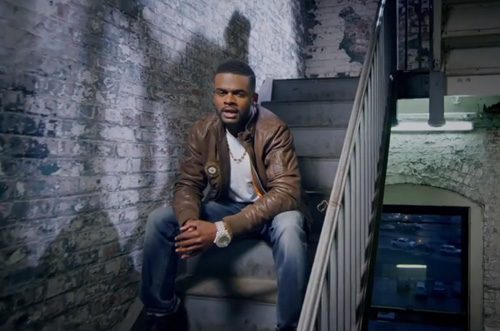 Cheers, toast and bravo to Shaliek! The Pendulum Recording artist has fulfilled a dream that several rising R&B artists hope to one day. His latest single “Ain’t Supposed To Cry” breaks into the top ten at No. 10 on urban adult contemporary radio today (June 3).

The Joe Ryan produced track made its arrival into the top 50 of the urban ac radio chart on February 25 at No. 49. At the time of entry, it only had a total of 49 radio spins. Eventually, the emotional heavy single would move up over the months in radio spins and chart positions.

Shaliek’s “Ain’t Supposed To Cry” almost hit the top ten earlier in May. However, Michael Jackson’s new single “Love Never Felt So Good” didn’t allow it as it raced full speed up the chart in a matter of days.

Shaliek’s lead single “The Past” off his debut album, “Blood Sweat Tears” shied two spots from the top ten back in fall 2013.

All in all, it’s great to see our Rated Next Artist making moves in the R&B circuits.