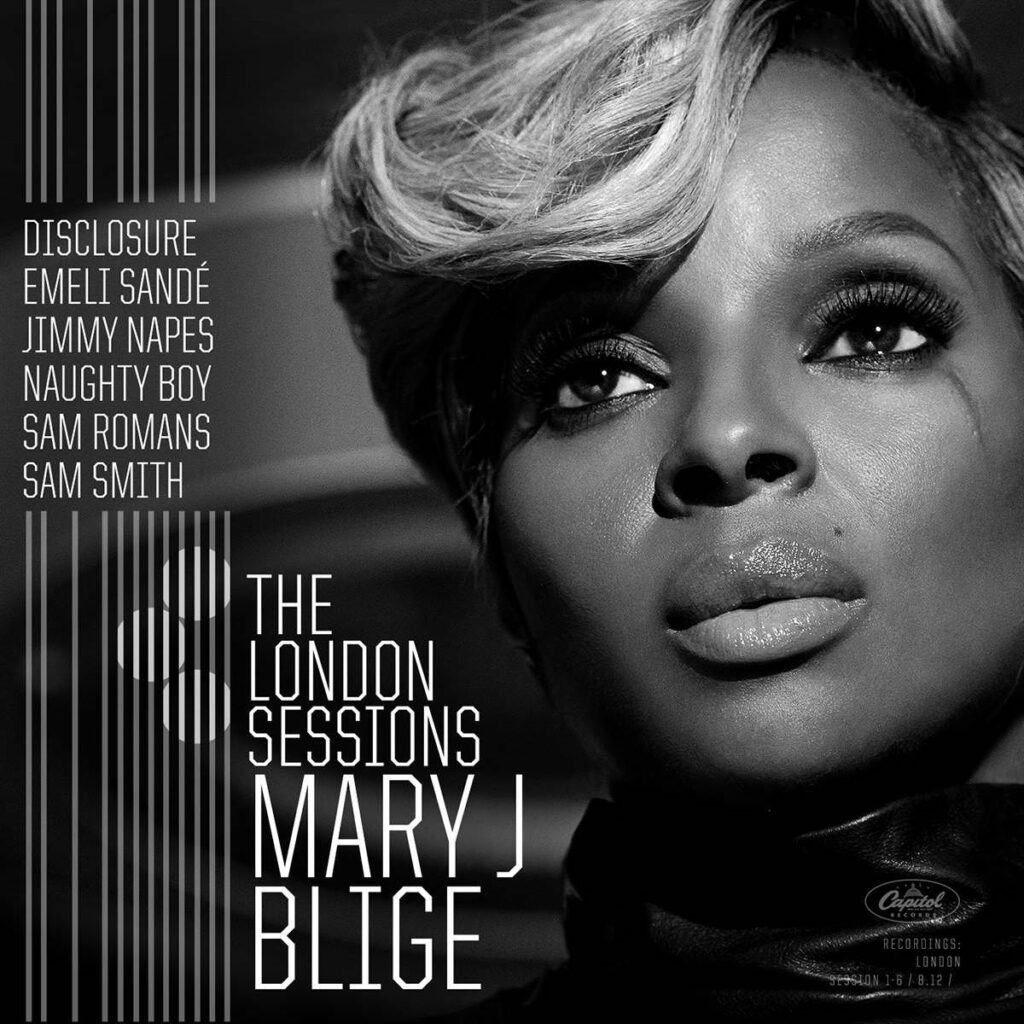 Mary J. Blige will release her 13th studio album The London Sessions on December 2. The Queen of Hip-Hop Soul fled to London this summer to soak up the music scene after the massive response to her club remix of Disclosure’s “F For You” last January.

The R&B siren enlisted the UK’s brightest stars including Sam Smith, Disclosure, Sam Romans, Emeli Sandé, Naughty Boy and Eg White, among others to help write and produce the 12-track set. The project was written and recorded in three weeks while living overseas.

The idea of recording an entire album that mirrored the London culture was not that unusual for the singer-songwriter. Blige probably has one of the most diverse discography among her peers and contemporaries. From collaborating with Elton John and U2 to Sting and Barbara Streisand, she is not afraid to step outside of her comfort zone as an artist.

However, some of Blige’s fans have issues adjusting to her evolved musical taste. As early as 1999’s Mary album, Blige’s followers have rattled the fence with accepting music out of the hip-hop soul norm.

Although The London Sessions still has Blige’s DNA embedded in each song, the album’s title and direction may still have fans skeptical about accepting the new sound.

Therefore, we would like to share four reasons on why it is safe to trust Blige as an artist and buy her new album.

It is almost inevitable that a true artist does not lose his or her mojo when they’ve released multiple albums over the years. Blige has two hiccup albums to her credit — 2009’s Stronger With Each Tear and 2011’s My Life II: The Journey Continues (Act 1).

The direction and sound of those projects didn’t feel authentic as the present London Sessions album. In recent interviews, the “Next Level” singer has cited the lack of artistic freedom as contributing factors to the flaws in her last two projects. However, while recording the new album, she regained that musical independence. The liberation of singing the new music is a feeling that she hasn’t felt since she cut her debut album What’s the 411? .

The new-found inspiration has led to Blige to sign with Capitol Records. In turn, it has allowed her to sing and write the type of songs she wants and not feel forced to stick in a sound that she’s outgrown.

Unlike her albums Stronger With Each Tear and My Life II, Blige’s new album eliminates the element of an accompanying singer and/or rapper. The extra company on tracks mainly happened per request of her previous record label, Interscope/Geffen to garner attention for the project. Yet, the unneeded performers only made it harder for Blige to shine herself on her own songs.

With the new album, the only features are the soulful background vocals from Sam Smith on songs like “Therapy” and “Nobody But You.” Meanwhile, if fans listen closely, they can hear Emeli Sandé crooning behind the instrumental on “Whole Damn Year.”

Overall, the entire project allows Blige’s distinct vocal register, melodies and ad-libs to be heard clearly and freely without the distractions of needless raps and duets that lack unison.

3. She lyrically steps outside her comfort zone

Blige’s hardcore fans should not expect an entire album that echos the pain of her urban radio single “Whole Damn Year.” However, what they can expect is a more mature and strengthened lyrical agenda than before from Blige.

Not to say Blige’s songs didn’t have a message before – however, she unwraps herself from her lyrical security blanket to give her music admirers a more refined meaning behind her new material.

“Pick Me Up,” co-penned by Emeli Sande and Naughty Boy, packs an important message on navigating trials and tribulations to reach a place of refuge where everything feels better. “It’s a jungle out there, yeah it’s dangerous / And the beasts are hungry, got their eyes on us / And the waves are high as the sea is deep / And the sharks gon love it when they see us weak,” sings Blige on the clarinet driven instrumental.

On track three “Not Loving You,” Blige sings, “I love you, I want you to be all that you can / If I could, then I would but you know that I can’t / No I can’t.” She delivers a powerful selection about self love. The Sam Smith-penned ballad instructs listeners to examine their life because not every problem they have can be fix by someone else. Sometimes we have to be our own knight in shining armor. Ultimately, Blige’s lyrical content on “Not Loving You” can relate to anyone.

If women need that tell-him-like-it-is jam from Blige, then “Follow” her to track eleven. The Disclosure-produced club record isn’t an exact replica of her previous songwriting template. Yet, the song is fun, it’s different and even quirky. All in all, the danceable number exudes an informative note ladies about no good men. “You think that you can kick the sand in my eyes / But you should walk a little softer / I hear you coming from a mile away but you don’t have enough to offer,” she sings heartlessly.

4. This is one of her best works in years.

Respectively speaking, it’s safe to say that Mary J. Blige hasn’t released an outstanding album since her 2007 album Growing Pains. Nonetheless, The London Sessions is on its way to building another milestone in her over two decade career.

The 43-year-old singer invites fans on a musical journey that was unfamiliar to some but well-known to others as well.

Blige experimented with house music where she channeled 90’s big voices including Robin S, Martha Wash and Crystal Waters on songs like “Nobody But You,” “Right Now” and “Follow.” On each dance song, she sings boldly and confidently as if she had sung this genre of music since the start of her career.

Although the album features more upbeat tracks and “Therapy,” Blige’s bluesy ode to Amy Winehouse’s “Rehab,” she didn’t abandon her core fans. On the album’s closing selection “Worth My Time,” Blige questions her lover about working through their issues and making their relationship last. “When you’re running away ’cause you don’t wanna hear what I say / Is it me, is it you, could it all have been a mistake?,” she sings on the emotional ballad.

In addition to “Worth My Time,” songs such as “Long Hard Look” and “Whole Damn Year” make Blige’s urban/soul audience feel right at home as she delivers her familiar contemporary sound.

Blige’s choice to travel across the pond to escape the box that the music industry, critics and fans placed her was risky yet rewarding. With the help of English songwriters and producers, Blige recorded a universal album that helps her make a smooth transition from a hip-hop soul artist to a contemporary soul musician.

All in all, The London Sessions yields a new chapter in Blige’s artistry novel, which will hopefully make it easier for her fans to accept and appreciate the fresh direction she’s taking in her music career.