RATED NEXT: R&B Trio History In The Making 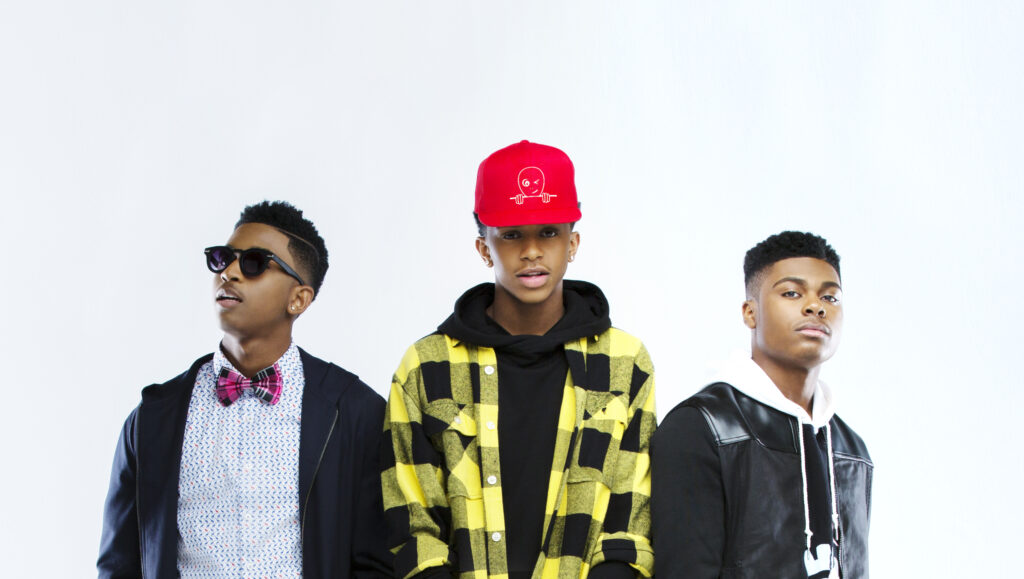 History in the Making is here to fill the void for a young male R&B group. Grammy award-winning producer Rodney “Darkchild” Jerkins and music executive Mark Pitts are the masterminds behind the creation of the group, who is now signed to ByStorm Entertainment/Darkchild Entertainment/RCA Records. The trio is composed of two singers — Jawan (age 18) and Dylan (age 17) — and a rapper named Pryce (age 16).

In late 2014, History in the Making made a splash with their buzz single titled “T.G.I.F.” Not too long after, in spring 2015, the group released their debut single “Walk Away.” The official video has received an impressive 1.2 million views on YouTube to date.

The R&B newcomers just released their debut EP on September 18 titled H.I.T.M. Rated R&B recently caught up with History in the Making to talk about their new project, the meaning behind their name, their experience transitioning from solo artists to a group and more.

RATED R&B: How did you come up with the name History in the Making?

PRYCE: We got that name because we just figured our group had the potential to be powerful and we just wanted to stand by that.

RATED R&B: How was it transitioning from being a solo artist to being in a group?

JAWAN: It wasn’t necessarily hard. We actually managed to pull together pretty quickly. We all knew each other for a good four to five years. It was just really easy to come together because we already had our brotherhood going on [laughs].

DYLAN: I would say it was definitely something we had to readjust. We were always used to being solo and used to being in the forefront. Once our first rehearsal came in, we had to realize we had to share the spotlight. It took us a minute but we finally got it together and now we are doing our thing.

PRYCE: I felt like when we first got together we all had different vibes, which was cool. At the same time, it brought us closer [and] we became a unit.

RATED R&B: What type of history do you guys want to make?

JAWAN: There’s so much negativity going on in the world right now and we just want to be able to encourage people to stay motivated and have a positive life. Never let anyone tell them they can’t do anything.

RATED R&B: What have you learned about the music business by working with Darkchild and Mark Pitts? What type of advice did they give you?

PRYCE: It’s definitely a grind. We can’t expect to have stuff handed to us on a silver platter. We actually have to work for our stuff.

DYLAN: They encouraged us. Dedication and hard work really pays off. Listening to their stories, I could tell that it wasn’t easy for them to get where they are now. Since we have them behind our movement, I think it’s going to be great things that happen.

DYLAN: Our music is versatile. We definitely have a lot of different types of songs. We do R&B, pop and hip-hop but we always try to touch emotions and try to relate with what people feel and think. We have “Walk Away,” which is a common thing for teenagers. Teenage guys love seeing girls ‘walk away’ and then we also have other songs about falling in love, feeling myself and looking fly — we just try to relate to our audience.

Stream H.I.T.M. on Spotify and buy it on iTunes.

Tags: history in the making