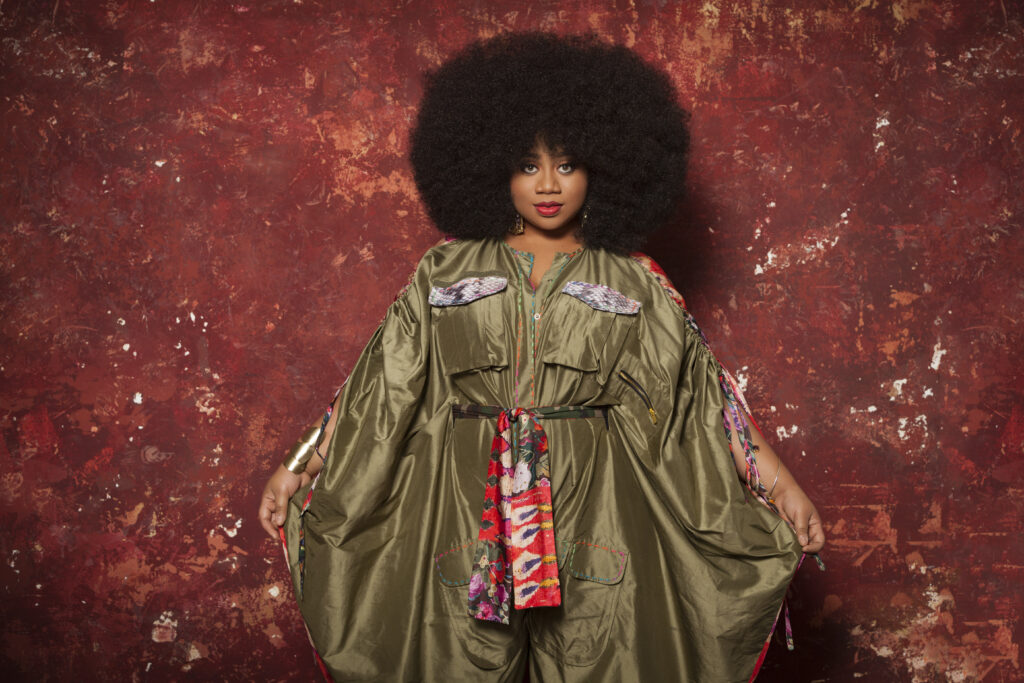 It’s been almost a year since La’Porsha Renae was named runner-up on the 15th and final season of American Idol. Although she didn’t come in first place, Renae won over a lot of fans with her incredible voice and inspirational story.

Throughout the show, viewers got a chance to learn more about Renae’s personal life, which includes surviving a domestic violence relationship.

“I learned how much of an inspiration an artist can be to people,” Renae tells Rated R&B. “I was very open about it for the sake of inspiring others and encouraging others who are in a situation like mine to get out.”

Renae’s undeniable talent landed her a recording contract with 19 Recordings/Motown Records and she is now gearing up to release her debut album, Already All Ready, on March 31. The album will feature her singles “Good Woman” and “Somebody Does,” which was written by Ne-Yo.

“The title Already All Ready was chosen because many of what I just named is not considered to be ideal or socially popular when describing a rising star,” Renae said in a statement. “I embraced everything that I thought would hold me back from pursuing my dreams, and used my insecurities to give me the courage to inspire and advocate for others who possessed many of the same insecurities I had. I also wanted to honor single mothers and defy the stereotypical dress code of a thick, brown-skinned, single mother and domestic violence survivor. I’m proud of my curves, my daughter, as well as the harsh past that helped shape me into the strong woman I am today.”

In an interview with Rated R&B, Renae shares more details about her debut album, how she overcame insecurity, her experience as a single mother in entertainment and more.

RATED R&B: While you were on American Idol, we learned about some of your trials and tribulations leading up to the show, which included surviving a domestic violence relationship. How much of that is reflected on your album?

Not much at all because I didn’t want to give that much time to it and that much energy to it. During Idol, I was very open about it for the sake of inspiring others who are in a situation like mine to get out. Now, it’s a different chapter. I really wanted to show the other sides to me like the goofy, bubbly side of me that people didn’t really get to see on Idol — because it was kind of focused on my past relationship.

It was fun. It was a little difficult at times because you have creative minds clashing and trying to figure out which way to do everything. All of us wanted the same thing at the end of the day and we are really proud of how it turned out.

RATED R&B: Who are some songwriters and producers you worked with?

RATED R&B:What do you want people to take away from the album?

I want them to take away a glimpse of who I am — not just that, but I want them to go on the journey with me. I want them to feel what I felt in each song. At the end of the day, if I can’t portray that emotion to them and make them feel something, then I don’t feel like I’ve done my job as an artist. I definitely want people to be inspired and aspire to be the greatest version of themselves. I hope they get all of that or some of that from the album (laughs).

RATED R&B: You said your album cover represents your past insecurities. How did you overcome those insecurities?

On Idol, a lot of my insecurity came from the fact that I was abused. As a victim, you kind of feel like you wear that on your forehead. You feel like that’s what defines you and that’s what people see when they look at you. Plus, being a thick woman, a single mother, someone who wears natural hair and having brown skin…which is evidently frowned upon here in this country by some — all of that, I had insecurities about. I felt like those were against me when it came to this industry and being accepted and all of that.

RATED R&B: What advice would you give to someone dealing with those types of insecurities?

RATED R&B: When you shared the album cover on social media, there were some people who felt like you were exploiting your daughter by having her on the cover. How do you deal with the negativity and opinions that come with social media?

I’ve always been the kind of person who has accepted other people’s opinions. When people have certain options about me like they did the cover, I will have a conversation about it because I want to be known as that real down-to-earth person. A lot of people thought I exploited my daughter by putting her on my album cover. I just kindly explained to them, it was more of an honor. I wanted to honor my daughter because she was the reason I got out of that abusive relationship.

While I was in that relationship, I always found a way to blame myself. I always found a way to say, “I deserve what’s happening to me.” But when my daughter came…I feel like God gave her to me to give me something to fight for because I wasn’t fighting for myself. I didn’t want to accept her being hurt because she didn’t deserve it. I knew for a fact there was nothing I could say when it came to her being subjected to that kind of abuse and that kind of environment, so I had to get out. That’s what the cover was about. It was about honoring the fact that we did this journey together. She was the reason I went to Idol. She’s the reason why I blew up and had the opportunity to have this career that I’m starting.

RATED R&B: How do you balance motherhood with your career?

I just make sure that when I’m not working, I give my undivided attention to my daughter. A lot of the times she will travel with me, so I’m really not away from her all that often. It helps that I have a good support system. I have my sister, my mom and my dad. We all just make sure she’s in a very loving, comfortable environment. My mom is my travel babysitter so she’s always with someone she knows.

It's Ne-Yo season. The Grammy-winning singer/songwriter has announced his eighth album, Self Explanatory, releases July 15 via Motown Records.  The...