Welcome back to another edition of Chart Check! Each Friday, Rated R&B provides detailed insight to the weekly chart movements of your favorite R&B artists and R&B songs. In this updated format, we will discuss Billboard’s Adult R&B Songs (Urban AC) and Mainstream R&B/Hip-Hop National Airplay (Urban) charts extensively. Read below for more information on the week of September 23, 2017:

Usually when an artist releases a new single, it takes a couple of weeks for the song to strongly impact radio formats and radio-driven charts. This is not the case for Sam Smith, who is back from his musical hiatus with his new single “Too Good at Goodbyes.” The song, officially released September 8, has been added to a whopping 30 R&B station this week, and sits at the No. 32 spot on the Urban AC chart with 165 spins in its first week of radio airplay. Smith took the music world by storm back in 2014 with the release of his album In the Lonely Hour, which spawned successful singles “I Know I’m Not The Only One” and “Stay With Me.”

If you’re into reality television, then this next section is for you. VH1’s Love and Hip Hop franchise received a much needed boost on credibility by signing R&B darling Keyshia Cole to its Hollywood series for the current season. Within the first couple of episodes, Cole teased viewers with snippets of her now official single “Incapable,” which became available to digital platforms on Aug. 25. The ballad is now impacting R&B radio, receiving eight adds in the latest tracking week. This is Cole’s first single since “You,” which was released in January.

After last week’s series of declines on the Urban AC chart, things have turned around this week as 22 of the 30 songs on the official chart have seen an increase in radio spins. Shining brightest is none other than Demetria McKinney’s single “Easy,” as it lifts 7-5 in the latest tracking week. With the constant shakeup of the chart’s Top 5, McKinney’s song has been the little engine that could, finally inching its way into the No. 5 spot in its 27th week (as predicted.) If music domination isn’t enough, she has also lined up a host of television programs that she’ll be apart of through early 2018, including a revamp/spin-off of Tyler Perry’s hit show House of Payne and playing the role of Whitney Houston in TV One’s upcoming Bobbi Kristina biopic. “Easy” serves as the lead single for McKinney’s debut album Officially Yours, which is set to release on October 6.

Over on the Urban radio side, Ty Dolla $ign continues to dominate through both his feature and lead work. The LA-bred singer currently has five placements on the urban chart: Meek Mill’s “Whatever You Need,” 2 Chain’s “It’s a Vibe,” 24hrs’ “What You Like,” Wiz Khalifa’s “Something New,” and his own song “Love U Better.” The latter is finding great success, as it gains a 236 increase in spins at urban radio. The song, which features The-Dream and Lil’ Wayne, currently sits at No. 20 on the urban radio chart.

Chart Throwback: The No. 1 Showdown

This week back in 2010, R&B staple Kem notched another No. 1 record on the Urban AC chart with his piano driven ballad “Why Would You Stay.” The next week, the song dropped back to the No. 2 spot, with Fantasia’s Bittersweet rising to the No. 1 spot. This was just the beginning go a 5-week battle between these two and Monica’s “Love All Over Me,” which all reached sat at each of the Top 3 spots within this span of time. In the end, after it’s second non-consecutive week at the top spot in the week of Oct. 6, “Why Would You Stay” eventually declined as “Love All Over Me” began its reign on the Urban AC chart. “Why Would You Stay” was the lead single for his 2010 album Intimacy: Album III.

And in quick notes: Charlie Wilson has picked “Chills” to serve as the third single from his latest album In it to Win It. The song received seven adds at R&B radio in the latest tracking week; Boney James’s new single Honestly debuted at No. 29 on the Urban AC chart. The track, which features Avery*Sunshine, received four adds at R&B radio this week; George Tandy Jr. new song “Already Love” racked up nine adds on R&B radio stations in the latest tracking week; and Bruno Mars accrued an almost miraculous upswing of 227 spins this week, almost re-gaining the No. 1 spot on the Urban AC chart.

How are you liking the new singles from Charlie Wilson, Keyshia Cole, and Sam Smith? Are you looking forward to Demetria McKinney’s debut album? Enjoyed this week’s Chart Check? Let us know all of your thoughts in the comment section below! 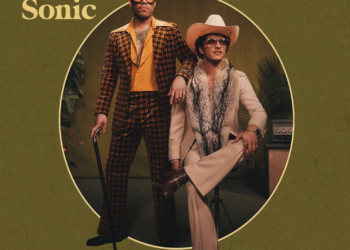 Silk Sonic has announced their Las Vegas residency at Dolby Live at Park MGM.  The duo, composed of Anderson .Paak and...