Beyoncé and JAY-Z Announce ‘On the Run II’ Stadium Tour

Get your coins ready! Beyoncé and JAY-Z have announced the North American leg of their On the Run II stadium tour.

The first leg of the tour will run through Europe beginning on June 6. The North American leg starts on July 25 at the FirstEnergy Stadium in Cleveland and will hit major cities including Washington, D.C., Philadelphia, Chicago, Atlanta, Miami, before closing out in Vancouver.

On The Run II is the follow-up to the power couple’s 2014 tour, which generated $95 million.

Tickets will be available for pre-sale on March 14. Get the details on Beyoncé’s official website. 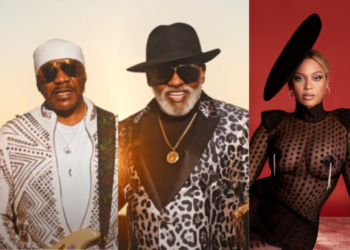 The Isley Brothers (Ronald Isley and Ernie Isley) have joined forces with Beyoncé to remake their 1975 classic, "Make Me...