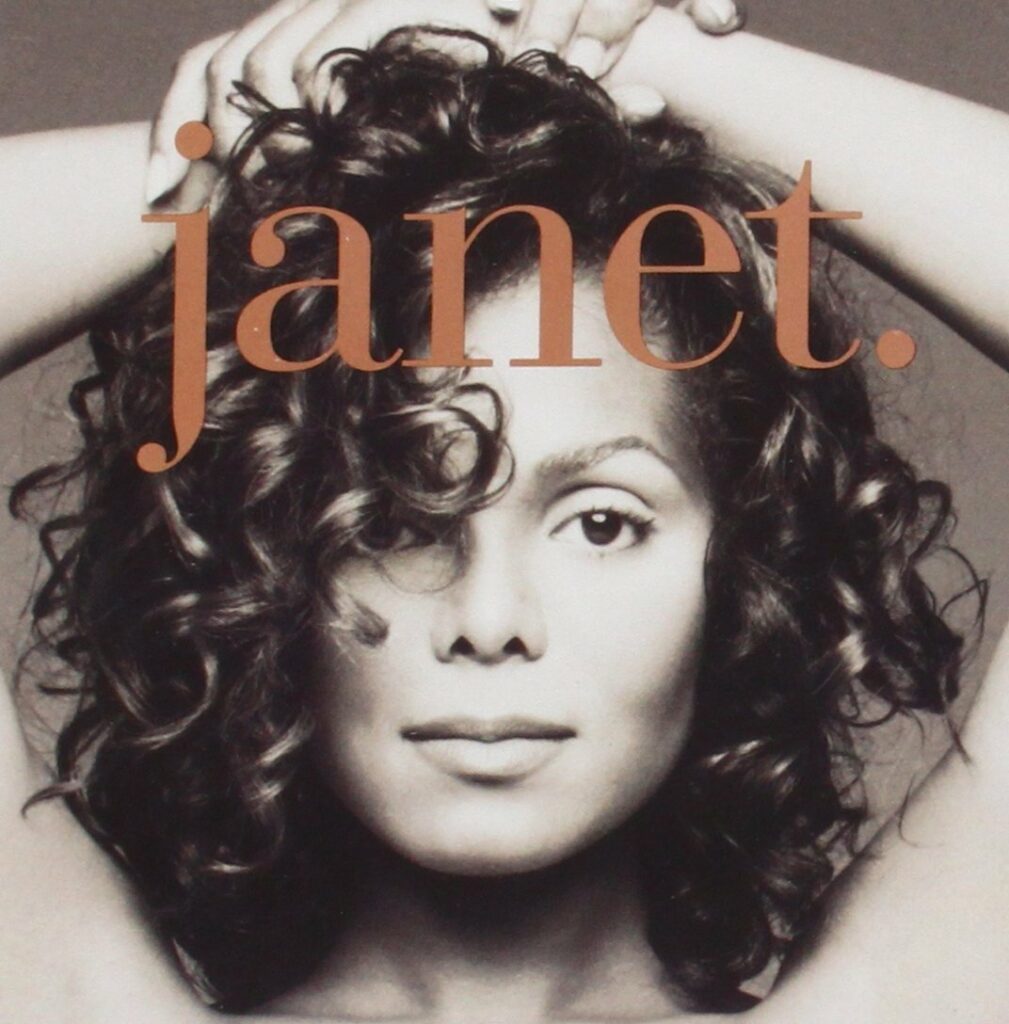 Every legendary artist has a career-defining album; for Janet Jackson, janet is that album. Released on May 18, 1993, the album followed Rhythm Nation, a collection of songs that herald the pop icon joining the social and political conversation on the state of the world.

Although the socially conscious theme shined on Rhythm Nation, it wasn’t nearly as potent on janet. As her first album to be released on Virgin Records, the youngest Jackson sibling made some daring yet liberating choices for her new era. For starters, she dropped her surname for the album’s title to show her independence from the weight behind her family’s name.

She updated her sound from industrial, and incorporated diverse genres including jazz, opera and hip-hop on many songs. She became more comfortable with her body, showing it off in the September 1993 issue of Rolling Stone. Lastly, janet highlighted her newfound confidence as a musician, taking charge of her lyrics and its accompanying production with the guidance of producing duo Jimmy Jam & Terry Lewis.

Less about world news, and more messages about eroticism (but safe practices: “Be a Good Boy”) and femininity, janet. brewed a larger, yet taboo conversation that Jackson didn’t explore fully discuss until this album.

“Sex has been an important part of me for several years. But it just hasn’t blossomed publicly until now,” Jackson told Rolling Stone in 1993. “I’ve had to go through some changes and shed some old attitudes before feeling completely comfortable with my body. Listening to my new record, people intuitively understand the change in me.”

The changed resulted in her first album to debut at No. 1 on the Billboard 200 with 350,000 copies sold in its first week. At the time, it was the highest debut sales for a woman since Nielsen Music began tracking sales in 1991.

On the 25th anniversary of janet, producer Jimmy Jam shares how he views this groundbreaking album today and how it compares to a milestone project by Marvin Gaye.

“I view [janet] as a really good album,” he exclusively tells Rated R&B. “I think the album is very reflective of where we all were in our lives at that time. We always said Rhythm Nation was our What’s Going On and janet was our Let’s Get It On album. [janet] was definitely the love album.”

Jam also shares his thoughts on Jackson being honored with her “long overdue” Icon Award at the Billboard Music Awards this Sunday.

“It’s obviously well-deserved and it’s probably a little overdue. But that’s okay,” he says. “She’s still alive to see it. And not only alive but she’s thriving. She’s about to go back on tour and show everybody’s how it’s been done. She’s had an amazing career thus far but I think she’s one of those people who’s done a lot but still has a lot more to say and do.”

Rated R&B revisited janet on its 25th anniversary and crafted a list of our top 5 songs.

Driven by a burning saxophone and deliberate finger snaps, the sensual song is fueled by lyrics of voyeurism, making it arguably the best record on this album.

Blended with hip-hop’s edge and Jackson’s flourishing sureness on intimacy and the powers of her own body, she takes us (and her love interest) to a places we’ve never been; and the trip isn’t bad either.

Bring your stamina. Over an oversexed-house beat, Jackson commands her mate to “boom, boom, boom until noon, noon, noon.”

Sampling “I’m in the Mood for Swing” by jazz giant Lionel Hampton, Jackson’s vocal improvisations are welcomed on this lively track.

“You’re dismissed,” says Janet after finally breaking it off with her ex. Now although she’s done with her lover’s drama, the song’s featured opera vocals from Kathleen Battle and accompanying production is packed with it.

What’s your favorite track from janet? Tell us below.