Jackson uses the Harmony Samuels-produced track to send an uplifting message about living in the moment. “We’re made for now / Not tomorrow,” she sings on the afrobeat tune.

Jackson also released the video for “Made For Now,” which was directed by Dave Meyers, who also directed Jackson’s past visuals “Damnnn Baby,” “No Sleep” and “All For You.” Filmed in Brooklyn, the vibrant clip brings people from different cultures together to celebrate life through dance.

“Made For Now” is the first offering from Jackson’s forthcoming album that will serve as the follow-up to 2015’s Unbreakable. The iconic singer recently signed a new deal with distributor, label and publisher Cinq Music. The new partnership will cover recording and distribution through Jackson’s own imprint Rhythm Nation Records.

“Janet is a singular talent, a pop culture icon, incredibly innovative and socially conscious, a true music superstar,” said Cinq Music Co-Founder/President Barry Daffurn in a press release. “Together, we’ll leverage Cinq’s data-driven toolbox, global presence, and best-in-class capabilities in Latin and Urban music to connect with and grow her worldwide fan base.”

Watch Jackson’s “Made For Now” music video below. 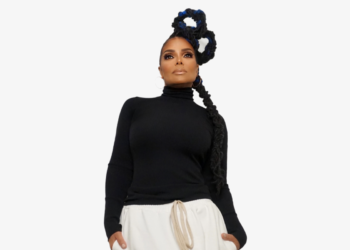