The 19-city tour will kick off on November 11 in Ashbury Park, N.J., making stops in Baltimore, Richmond, Memphis, Phoenix and Portland. The tour will conclude on December 7 in Seattle, Wash. The tour is named after his Grammy-nominated album, Gumbo.

Before embarking on his North American tour, Morton will perform overseas from October 19 through November 4. He will play in different countries including Japan, South Korea, Ireland, Germany, Netherlands, United Kingdom, Spain and France. 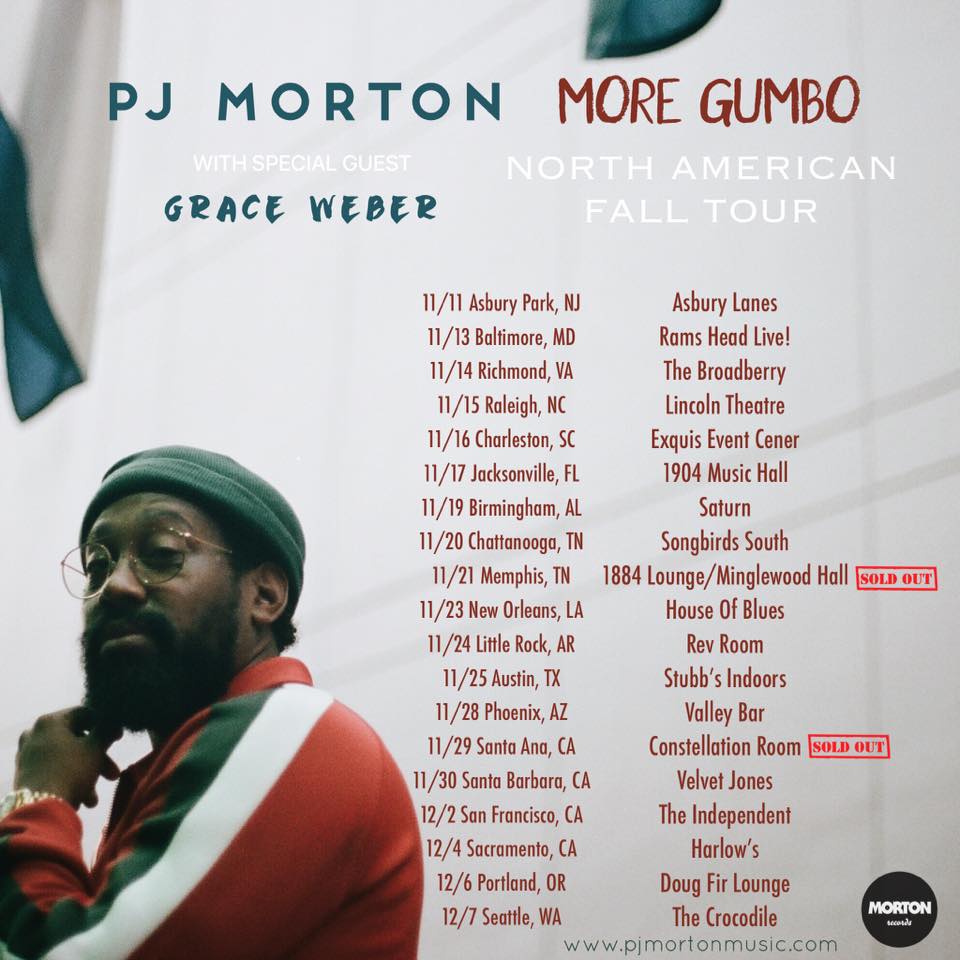 On the heels of his 2021 Best Gospel Album nomination for Gospel According to PJ, PJ Morton returns to NPR's...

The 63rd Grammy nominations announced earlier this week and caused quite a stir. Most backlash — from fans, industry tastemakers...