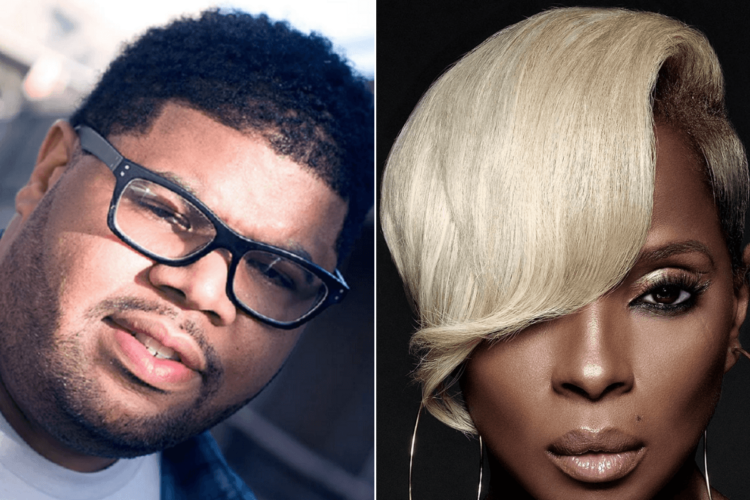 It is not uncommon for an artist and a producer to have an undeniable chemistry that yields history-making moments in music.

Over the years, R&B fans have witnessed greatness from perfect artist and producer pairings: Michael Jackson and Quincy Jones; Janet Jackson and Jimmy Jam and Terry Lewis; Babyface and Toni Braxton; and Aaliyah and Timbaland, to name a few.

In 1994, Mary J. Blige found a musical soulmate in Chucky Thompson while creating her My Life album. With Blige’s heartfelt lyrics battered in their love for old-school R&B and soul, it rendered her best cultured album to date.

Thompson, one of the most gifted and underrated producers of the last 30 years, continued his work with Blige on albums like No More Drama (“PMS”), The Breakthrough (“Show Love”), and Mary (“Beautiful Ones” and “Time”), which just celebrated its 20th anniversary.

The wait for Blige and Thompson’s union is almost over. The Washington, D.C.-based producer has confirmed the two have a new collaboration coming out later this year for her upcoming Paramount film, Body Cam.

“We have the end title record called ‘Can’t Be Life,’” Thompson exclusively tells Rated R&B. “We did that record about two years ago. So, that’s our first kind of great back together. It should be coming out soon.”

While Thompson didn’t elaborate on the sound of the new song, it’s likely that it will be a soul-stirring score to coincide with the horror thriller.

As we await the official release of “Can’t Be Life,” read our in-depth revisit of Mary with Thompson, Diane Warren, Floyd Howard and Kirk Burrowes.