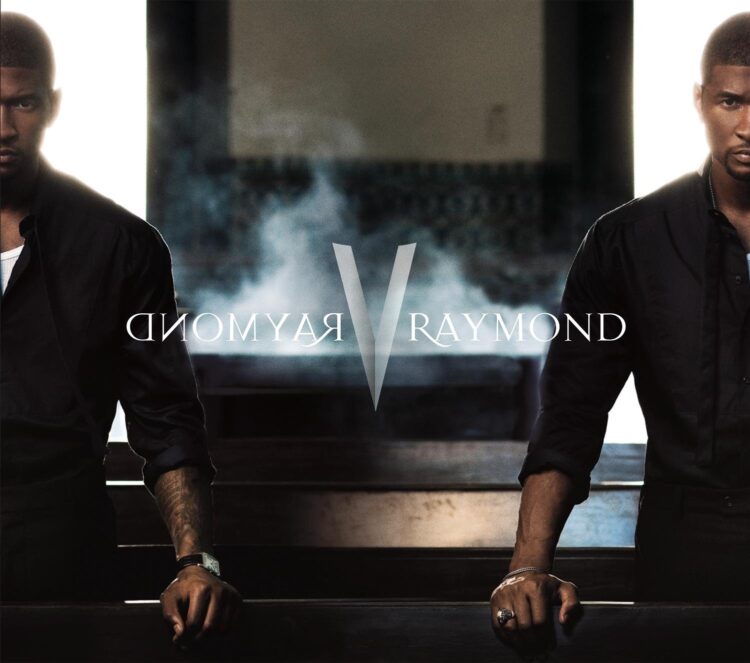 “With Raymond v. Raymond, I’m coming back to what people know me for,” Usher shared with The New York Times. “If you bring back what people loved about you and remind them nothing’s changed, then they’re right back where they were before.

Usher Raymond has been known to appeal to his female fanbase, embarking on his career as a teenage heartthrob with a voice that could rival both his contemporaries and influences. Transforming into a global entertainer, his swanky confidence and lucid imagery had women wishing his songs were about them and men wishing they were just as composed.

He ascended to mega-stardom in 2004 with the certified diamond album Confessions, cementing his rightful place in the R&B hall of fame. His music sold a fantasy of sorts, through a role that briefly subsided when he became a father and husband.

During the short-lived union, it caused Usher to reevaluate the direction his music was taking, deciding to lend to a serious side that was yet to be seen. He shifted gears content-wise on Here I Stand, replacing his enticing playboy lines for mature lyrics on family and monogamy.

The album didn’t exactly meet the expectations fans and critics were highly anticipating. Met with a lackluster response and a finalized separation, Usher gave fans what they wanted and returned to his ladies’ man persona but with a seasoned approach.

Even though the multi-awarded superstar was going through a highly publicized divorce from Tameka Foster, Raymond v Raymond wasn’t a mirror reflection of his situation. He didn’t want his personal life to directly influence the music. In relation to the romantic struggles between man and woman, the album is about “the honesty a man has to have.”

Finally, back from what he seemingly considered an unexpected fall from grace, Usher reminded listeners why they continued to follow his journey with an expected comeback.

He led Billboard’s year-end tally in 2010 as the top R&B male performer, proving the necessary redirection worked in his favor. As his last platinum-selling album, Raymond v. Raymond won Album of the Year at the Soul Train Awards later that year and Best Contemporary R&B Album at the 53rd Annual Grammy Awards in 2011.

From the melodic mid-tempo “Making Love (Into the Night)” to the slinky “Pro Lover,” Usher made it clear that he hadn’t lost his sly, yet irresistible euphonic charm. To celebrate the 10th anniversary of Raymond v Raymond, below are his singles ranked from the album.

If the high-energy dance track sounds somewhat familiar, the song was used in commercials to promote the 2010 NBA All-Star Game. As a part of Usher’s electro-dance catalog, “More” is a catchy, horn-heavy tune that broadens his capabilities as an artist. Given its infectious sound, the single leaves much to the imagination with its simplistic lyrics and easy-going melody. His signature sound is much preferred among his day-one fans but tracks like “More” show there are multiple facets to his talent.

Usher was enduring his divorce shortly before the creation of Raymond v Raymond, which had people speculating if that would be the main topic of the album. “Papers” is one of the few songs that somewhat touches on his marital woes. He shared with MTV in 2010 that the song was actually written and recorded prior to his marriage ending. Usher nails the execution of emotion, but the spirit of the buzz single falls flat. Providing the track’s mellow buoyancy, the true-to-life lyrics make up for the linear production. Usher is no stranger to pouring his life into his music, as Confessions was an evident example, but this single was personally intimate.

Talk about the genre-blend overload of R&B and dance-pop with a dash of auto-tune. “OMG” is not only one of the most popular songs of 2010, but it’s also one of the most successful songs of Usher’s career, becoming his ninth Hot 100 topper. Masterminded by will.i.am, this EDM banger completely deviates from the majority of Usher’s library but we get reminded of his roots at the 3:12 mark. Whether it’s the staccato vocal performance, the abundance of synths or the cheering crowd, you can’t deny the urge to bust a move.

Two years after topping the Hot 100 with “Love in the Club,” Usher and Polow da Don reunite on the ominously seductive single. Co-produced by the latter, Polow created the perfect theme song for Usher’s brazen escapade. “Lil Freak” features a distorted sample of “Living for the City” by Stevie Wonder, filled with dark orchestral synths and looming horns. As if the production isn’t temptatious plenty, the vividly suggestive lyrics reveal just enough to still leave listeners making their own deductions. Nicki Minaj perfectly compliments the salacious track with her animated delivery and creative puns. Mix that with Usher’s lyrical prose, and a rhythmic hit was born.

The first official Raymond v. Raymond single is a testament to Usher and Rico Love’s creative brotherhood. Initially working on Confessions (“Throwback,” “Seduction”), the duo hit another home run with “Hey Daddy (Daddy’s Home).” Performing the flirtatious lines with assurance, Usher doesn’t skimp on the vocals and distinct runs we know and live for. Love and the Runners concocted a hearty production, chock full of inviting bass and slithering horns for the sexily enticing jam. If the single was any indication that he’s returned home from a slight detour, he was certainly welcomed back with open arms.

Usher puts away his ‘pro lover’ persona and taps into his softer side on this downtempo cut. He pridefully brags about his woman, the only way an observant man truly in love can. He dwells in his tenor pocket but makes full use of his falsetto for a satisfying performance. The standout portion of the single commences during the bridge; dramatic strings swell the section, leading up to a peak that allows him to vocally take off for the remainder of the track. Laser-like synths pierce through the straightforward production and give Usher the opportunity to execute with precision. 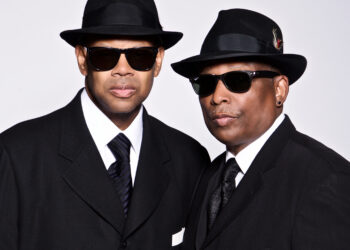