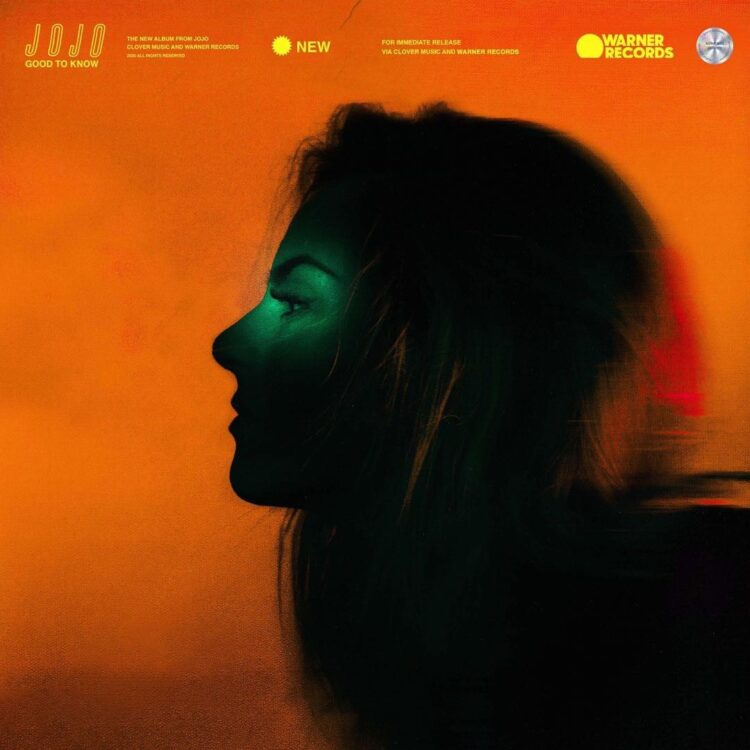 Avoiding life’s circumstances can be easy. People often escape their issues by diving into work, indulging in their vice of choice or simply going along with life as if it doesn’t exist. When given the hand you’re dealt with, it feels like the best solution is to work around it. Deep down, that quick fix is an added barrier to work through.

Joanna “JoJo” Levesque is all too aware of tackling unprocessed feelings and she lays them bare on her fourth album, good to know.

Released on her Clove Music imprint, distributed through a joint venture with Warner Records, good to know is truly a peek into her personal journal. In this conceptual body of work about escapism, JoJo recounts alcohol-induced memories, salacious encounters, seeking love in place of self-validation and uncovering her insecurities.

“I called the album good to know because of everything I’ve learned in the past few years – every piece of feedback, criticism (internal or external), whatever it is – it’s all just information,” JoJo said in a press statement. “I’ve been lucky to have the space to reflect on my own journey up to now, and I hope people can take comfort in the fact that I am not anywhere near perfect, and I will never sugarcoat anything. We are all constantly living and learning, and that’s what makes this life so fun.”

By the time JoJo was a household name and two albums deep, it naturally seemed that she was invincible to the music industry pitfall. That wasn’t the case, though. In a grueling battle with then-label Blackground Records, for years, she wasn’t able to profit off her released music.

It wasn’t until 2014 that she was emancipated from the iron-clad contract and stepped back into the spotlight to continue pursuing her childhood dreams of becoming a big star. Now, the charming 13-year-old we met in 2004 has officially grown into the authentically honest woman we know today.

The unwavering perseverance JoJo embodies is reflected in her professional and personal stories. From being silenced and relatively barred from her calling to confronting her innermost fears, making it out of the lessons and experiences she has endured along the way has shown her that everything will be all good at the end.

Below are five takeaways from JoJo’s album, good to know.

The album can be broken into three parts.

Be prepared to be taken on a confidently vulnerable journey. JoJo taps into a sexier, darker side of herself on “So Bad.” In a swirl of distorted baroque-esque piano and menacing 808’s, she melodically moans about being the other woman.

Her sessions in Toronto with the song’s producers Doc McKinney (The Weeknd, Kelis) and Dylan Wiggins (Solange, Raphael Saadiq) were an integral part of the album process. The opening track lays the foundation for the album, as JoJo allows herself to be distracted by sex and substances to subdue her thoughts and feelings about situations and relationships she’s gone through.

Once the drunken nights and hazy hangovers give way, she realizes that she needs to eliminate those distractions that don’t serve her, and what really matters is the relationship she needs to cultivate with herself. Midway into good to know, JoJo gets to a place where she becomes comfortable with the idea of living and growing with herself. The love and dedication she’s beginning to show needs to be equally reciprocated, though. Towards the end, she comes to terms that she’s enough just as she is.

good to know embarks on uncharted but somewhat familiar territory.

The album has slight parallels to JoJo’s lauded mixtape Agápē, in terms of how limitless and unapologetic she gets tonally and thematically. She reunites with good friend Tommy Parker, who serves as a vocal producer on the lead single “Man.” The two first worked together on the mixtape.

While bringing in familiar work partners, she also decided to bring in new collaborators. She finally finds a creative collaborator in Lido, one of the producers and co-writers on the album. Their chemistry is interwoven throughout good to know as Lido was equipped to easily convey the feelings JoJo wanted to display, providing her with a varied and fulfilling range.

JoJo loves to have a good time, as heard on the incongruously harmonic “Pedialyte.” Named after a beverage that replenishes fluids and electrolytes, the somber mid-tempo cut references prayers to her savior with a resounding choir-inspired chorus. Looming chimes and bells plead some sanctity into her bad behavior but the latter half of the song can also serve as her inner voice during or after one of those good nights.

The jarringly bold “Think About You” takes the phrase, “The best way to get over a man is to get under a new one” a step further. She lets her old boo know that the door will always be open, no matter how hard she tries to move on. The mesmerizing hook melody is just as captivating as the song topic. The delicately thumping, piano-driven production gives JoJo ample space to shamelessly want that old thing back.

She credits Lido for helping her decide what the “sonic landscape of this album was going to feel like” and the aforementioned tracks are apropos to the album’s energy.

It serves as a guide to navigate being single.

JoJo shared that she remained single during the making of good to know. In going from relationship to relationship, she never really took the chance to truly be by herself without any influences, romantic or otherwise. This album allowed her to deal with some hard truths and face herself with direct bluntness.

On “Lonely Hearts,” the thought of being by her lonesome seems to be settling in. She says that she’s insecure, a revelation most aren’t brave to admit. Choosing herself is what she needs the most and in being alone, at least she knows that her heart can’t get broken anymore. Literally plucking at her heartstrings, the acoustic guitar merged with the slightly warped electronic elements is fitting terrain for the road to self-love. JoJo lets us know that she’s just as human as her fans and sheds light on the clouded, turbulent but rewarding process of self-acceptance.

Her voice knows no bounds.

The album’s tour de force falls at the end of the album with the relatable and sincere “Don’t Talk Me Down.” Since her debut, each album has featured a ballad that elaborates on her vocal prowess. Only accompanied by a piano and elegant strings, JoJo eventually arrives at a point where she can stand on her own. She creates a perfect buildup that intricately traces the song’s emotions. Wading into the stripped-down selection with the feeling of slight apprehension, JoJo swims in justified confidence that has the possibility of being washed away. It wouldn’t be surprising if this seizing track was recorded in one take. The rousing performance would imaginably be difficult to duplicate in multiple takes. 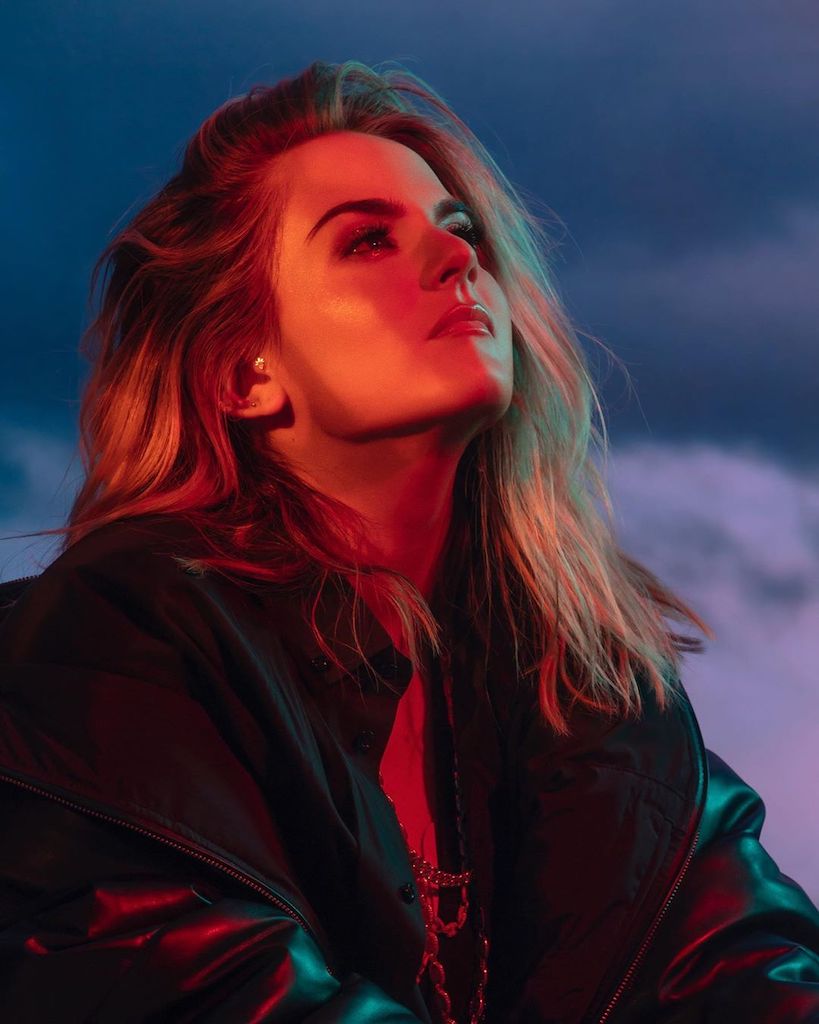 good to know should be considered as her official comeback.

Ten years after releasing her sophomore album, JoJo’s Mad Love album arrived on Atlantic Records. She became a casualty of some in-house label changes; resulting in the redirection of her vision, as well as recording and releasing music of a differing message, much to her chagrin. Given the ultimatum between going with the label’s selections or releasing no music, she compromised with some of Atlantic’s musical choices for her. A year later, she expressed that Mad Love wasn’t “indicative of her freedom,” due to the fact that she held other people’s output to a higher regard than her own.

Where Mad Love catered to the electro-pop phenomenon that was prevalent during the early 2010s, good to know falls closer in line to the sound and individuality JoJo always strived for: soul-drenched R&B. With the agility to drift on smoothly angelic jams like “Gold,” to the hungry, naughty hard-hitting “Comeback,” the album would feel incomplete without the implied acoustic-based tracks like “Small Things.” She showcases her powerful and passionate vocals that we’ve fallen deep in love with, while revealing herself and her life through her autobiographical material. good to know does a striking job in balancing bright and hopeful moments with the murky, frigid ones. That said, her genuine essence as an artist can’t be ignored on good to know.

Stream good to know below.