Her second daytime performance of the new single 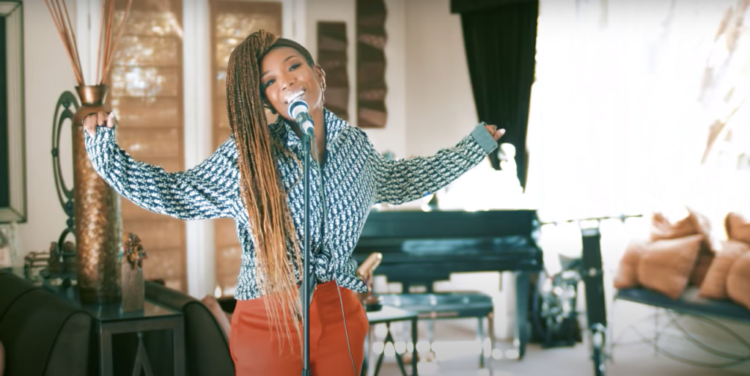 Monday’s episode of CBS’ The Talk featured a special at-home performance from Brandy.

In a black-and-white top and orange pants, the Grammy winner sang her new single “Baby Mama” in various parts of her home. She didn’t have help from backup dancers or Chance the Rapper. Still, Brandy’s dance energy and textured vocals were on point.

Brandy has been active on the daytime television circuit, recently visiting ABC’s Good Morning America to deliver the debut performance of the new song. In addition to the television run, she has released the music video. The Sweet Charity-inspired visual has already surpassed one million views.

On the chart front, “Baby Mama” stands at No. 15 on the Billboard Adult R&B Airplay chart in its second week. It also holds firm position in the top 20 on the urban adult contemporary radio chart. The song is set to impact urban AC radio on May 19.

As for the album itself, B7 is expected to arrive on July 31 via Brand Nu, Inc. / Entertainment One.

“I want them to feel like they were blessed with really good music that not only speaks to my heart but speaks to their heart,” Brandy told Rated R&B on takeaway from B7. “I want this to be an album for people to listen to all the way through. I hope that I can inspire everyone to not give up on their dreams. Whatever they feel that’s holding them back, they can push through that situation.”