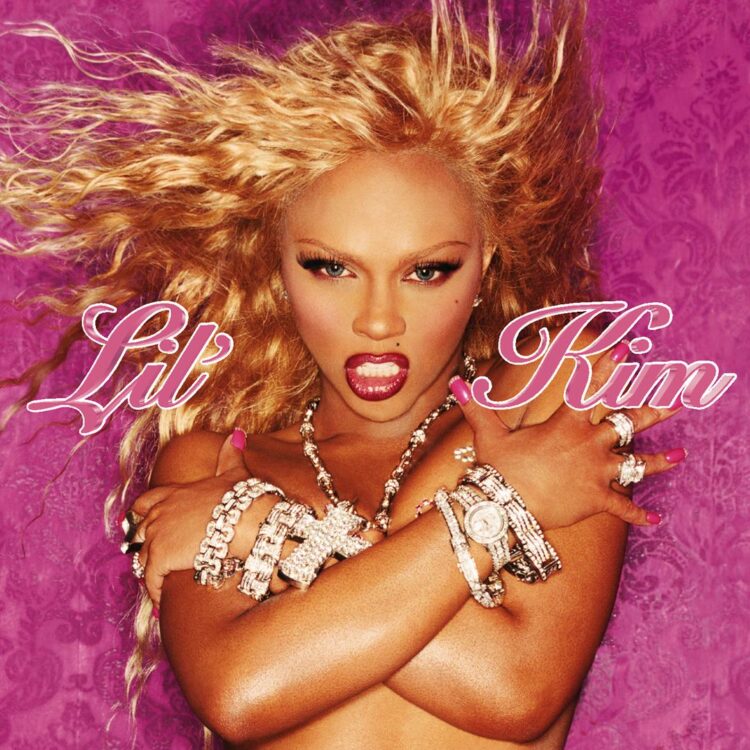 Lil’ Kim is arguably the muse of modern-day female rap. In a career that spans more than 20 years, Lil’ Kim has turned the hip-hop landscape into her personal runway, owning every pose and strutting each of her musical creations in a fearlessly, imposing fashion.

From a critically-acclaimed standpoint, her sexually awakening 1996 debut, Hardcore, is often more recognized as serious ear candy in a catalog of five studio albums.

In an aggressively honest and sonically adventurous manner, the self-termed biggest sex symbol since Janet Jackson released her all-powerful follow-up album The Notorious K.I.M. to much anticipation on June 27, 2000.

Risky, unexpected, and haughty as ever are some of the elements that describe the tribute project to her late mentor The Notorious B.I.G. In theory, The Notorious K.I.M. is the pop-rap incarnation of future female hip-hop albums heard in the mainstream from MCs like Nicki Minaj, Cardi B, and Azealia Banks.

Above all, the innovative album is heavily rooted in R&B with its list of collaborators such as Mary J. Blige, Grace Jones, Sisqo and Carl Thomas, to name a few.

The Queen Bee sings praises to the genre and shouts out its most endearing artists like Michael Jackson, Aaliyah, Erykah Badu, Natalie Cole and more.

Her love for R&B also translates in the entertaining sample and interpolation choices on the LP such as Sade’s “The Sweetest Taboo” and “Keep on Truckin’” by Motown’s Eddie Kendricks.

With Black Music Month almost to an end and the 20th anniversary of Lil’ Kim’s revolutionary sophomore album The Notorious K.I.M. in full effect, Rated R&B singles out seven released and unreleased tracks from the album that highlight the rap phenom’s prowess for R&B.

What we have here is the case of an obsessed pursuer. In a ditsy rap style, the Black Barbie recalls a creepy encounter one night in a club with cornball who is fixated with her beauty. As she attempts to lose him in the crowd, he finds her and gets more aggressive with his advances. Bad Boy’s Carl Thomas is the mouthpiece of the sicko on the demanding chorus, vocalizing that he needs the love of the irresistible rapper.

The court is now in session and Lil’ Kim has taken the stand. This cinematic masterpiece opens the outing, illustrating a courthouse drama that charges the MC with multiple counts of violent acts against law enforcement. In fictional truth, Kim acted in self-defense. Here she foresees the hidden agenda of police against Black people. While she asserts her authority as the first female king, her lawyer CeeLo pleads her innocence and the judge Redman helps her get off scot-free.

Hardcore fans will argue that Lil’ Kim is a vivid storyteller. If their proof is this tale of a combat zone, then they are right. Relying on Grace Jones to scream out warnings of explosives, Kim and her crew of gangbangers set their sights on getting revenge against Cyrus the Virus. Between drinking a Snapple and countless shots flying from every direction, Kim is determined to make sure her enemies don’t survive.

Lil’ Kim has a special connection with Diana Ross, which is simply untouchable. It was only right that she sampled The Boss’s 1982 single “Muscles” for this rare gem featuring powerhouse Kelly Price. Originally intended for the initial edition of The Notorious K.I.M. but axed due to it being leaked, the rapper wants a man who can supply her with the finer things in life like glittering ice. As she gives an ode to a Mary J. Blige classic and hopes for her man to ice her out like Elsa, Price laces the shining track in high doses of soul.

Have you ever had a friend or foe that secretly wants to be you? Lil’ Kim ran into a similar problem in the rap world and put her experience in song form with suave vocals and adlibs from Mario Winans, who also produced the powerful track. Quick and to the point, Kim embraces her tenacity and strong voice as an assertive Black woman in the male-dominated rap industry. She also cripples any competition that tries to stand in the way of her sheer greatness. Apart from his vocal backing, Winans affirms Kim’s supreme excellence with a desert-style production and a Sade sample brilliantly fit for a queen.

On the deepest recording from The Notorious K.I.M., QB projects her teary-eyed emotions and frustrations that lingered after four years since the unexpected death of her mentor. In what resembles a heartfelt diary entry, she explicitly looks back at the beautiful times she shared with the fallen rapper she knew before entering the rap game. She aims her anger at his still-unknown killers while thinking about a life with their child she once carried. Her friend and hip-hop soul queen Mary J. Blige anoints the painful song and lends her shoulder for Kim to cry on.

Lil’ Kim’s candy store is open for business and the special is lollipops. Packaged as the album’s second single, Kim snatches the wrapper off this cleverly-written sucker about one of many suitors getting to the center of her marmalade. She wants it done right and with enthusiasm, too. No, Mr. Owl doesn’t make a cameo on the infectiously sweet track, but Sisqo’s hard and raspy vocals do a fine job posing the tough question. It’s a shame that he didn’t appear in the official music video.

Stream The Notorious K.I.M. by Lil’ Kim below. 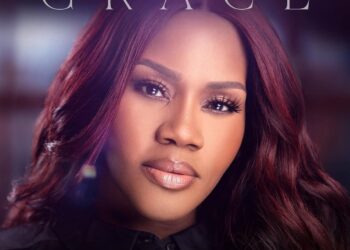 The Lord's presence will be felt on Kelly Price's next project. The platinum-selling powerhouse has announced a new gospel EP...