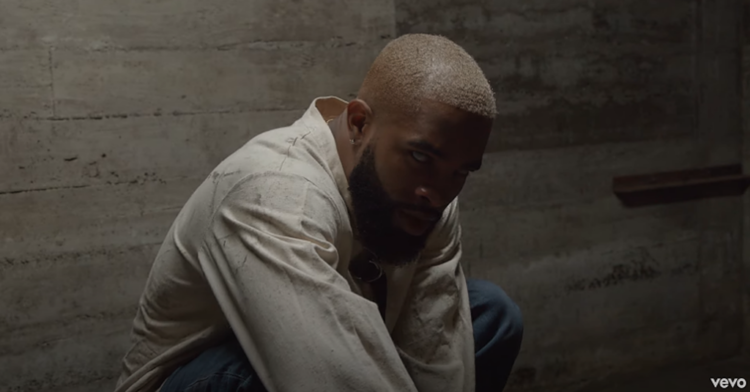 It’s been said the truth will set you free. Unfortunately, Elijah Blake is grappling with this proverb on his latest single “Bad Liar.”

Behind a darkly atmospheric instrumental, the talented vocalist seemingly has a problem coming clean with feelings he’s holding back in an effort to protect the sanity of others.

But what happens, in the long run, is Blake’s mental health takes the biggest hit.

“Losing sleep, losing me / Guess I’m just hooked on the feeling / Hella deep, need to breathe / Painting my thoughts on the ceiling / I’ve been thinking ’bout jumping off the deep end / I’m been stuck inside the crib all weekend /  Eyes red man I think I’m lowkey starting to see things / But I don’t wanna see nobody but the weed man,” he sings on the second verse.

For the song’s companion visual, director Sean Alexander plays off the cognitive decline of Blake and portrays him as a scattered-minded character. Watch the video above.

“Bad Liar” is the latest track to escape from Blake’s vault. He recently released “Hanging Tree” featuring  Donald Lawrence and Co. He also debuted the true-to-life tune “Frenemies” as well as its accompanying video in March.