An in-depth retrospective on an album that feels like the natural step to womanhood. 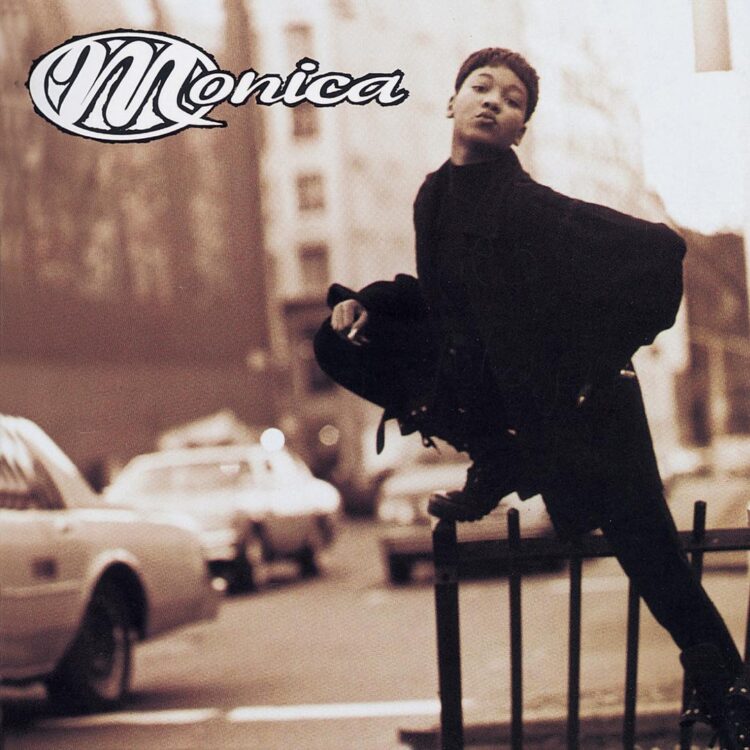 In the case of many popular genres, particularly R&B, honorifics used in stage names for Black female artists have gained cult status over the last few decades.

Many refer to Beyoncé as Mrs. Carter; Lauryn Hill as Ms. Lauryn Hill; and Janet Jackson, at one time, as Miss Jackson — if you were nasty.

Long before Monica earned the beloved alias Mo, she was simply Miss Thang. In fact, it was the respected title of the 14-year-old’s breakthrough debut album; an introduction that she made into the high society of music in the summer of 1995.

As the R&B scene evolved from its traditional soul nature in the early 1990s, it was fresh, hip, and blazed a trail for new tenants of the genre to be their most authentic selves.

By the time Monica released her first album, a couple of other young, gifted and Black female acts had shaken up the airwaves and spawned phenomenal success for their sonically diverse sounds: A pristine new jack swing swag and a good girl-next-door narrative.

For Dallas Austin, who served as executive producer on Miss Thang, mapping out a definitive album concept for the burgeoning singer under those conditions had to be a concern at some point.

Austin and Monica ultimately opted to pursue a logical progression lyrically and thematically from the teen idols that preceded her debut. Miss Thang applied the palpable sense of intergenerational wisdom and experience that Monica absorbed from her lineage and Atlanta heritage.

For instance, the album opened with the assertive title track that explicitly defined her innate tough-girl persona and featured a funky instrumental that had an affinity for Blaxploitation films. It masterfully used an unspoken latchkey kid relation to add mature depth to her unique tale of young adulthood.

Vocally, she had an aggressively confident tone that made listeners her age see themselves as authoritative figures in the world. Still, the sassy song came off respectful enough that it didn’t offend her elders.

Monica continued to make a strong argument for complexity as a female adolescent on the album’s lead single, “Don’t Take It Personal (Just One of Dem Days).” Decorated in a collage of rugged hip-hop backbeats from the likes of LL Cool J and Public Enemy, Monica simply tells it like it is to her man about the turbulent mood swings she and many women alike experience from time to time.

“Don’t Take it Personal” acts as a sort of mood piece itself — not only describing the emotional periods she endures but also touching briefly on the idea that men have those days, too.

With the growing influence of hip-hop, and its ability to sound and look like the various hoods that birth the genre, R&B songwriters started to take note, whereas executives couldn’t catch on.

Artista Records’ head Clive Davis was seemingly out of touch with pop culture, according to Austin. He says the music mogul not only asked about the absence of the bridge but the reason slang existed in the title of Monica’s first single.

Austin’s advocacy to normalize hip-hop aesthetics and intellectual property law of Black people isn’t to be taken lightly. In between helping brand Monica as a cultural lifestyle artist, Austin reinforced the idea of preserving the important cultural markers, particularly language, that reflect the Black identity.

Following its April 1995 radio release, “Don’t Take It Personal” rocketed to the top of the Billboard Hot R&B Singles chart the week of June 10. The platinum-selling song also put up a good fight on the Hot 100, vying for the number one spot against chart-topper contenders Bryan Adams (“Have You Ever Really Loved a Woman”) and TLC (“Waterfalls”).

Had Monica’s era-launcher displaced one of the two aforementioned Hot 100 leaders, it would have put her name in the history books as the youngest female singer to achieve this feat.

While none of the singles from Miss Thang peaked at the pole position on the Hot 100, their true chart dominance occurred on R&B soil. Monica followed up with a dual A-side single that consisted of the Toni Braxton Secrets extra “Before You Walk Out My Life” and the Mr. Malik- assisted “Like This and Like That.”

Best of the two tracks is the former, a younger sibling of sorts to the quiet storm frontwoman Anita Baker’s 1994 hit “I Apologize.” Here, the lovelorn Monica shows that she has the ability to put out a single that isn’t sourced from a sample.

She also employs various musical timbres that weren’t noticeable on the lead, like the sweet and street swagger ingrained in her layered harmonies and maturely expressive vocals.

This soft-soul single about the rationalization of her wild mood swings builds on the conceptual aspect of its lead, making her more welcoming than before. Urban radio received the Soulshock & Karlin-produced track with open arms, resulting in Monica’s second time at the R&B summit.

By making the same chart move as “Don’t Take It Personal,” the follow-up single earned the Atlanta star her first of two pairs of back-to-back number singles on the Hot R&B Singles chart.

The chart triumph entered Monica’s name in the Billboard history books as the youngest act ever to score two consecutive number-one singles on the aforementioned chart.

Shifting from intense sensitivity to uncomplicated joy, Monica’s final single “Why I Love You So Much” is a tender ballad that emancipated her guarded emotions and feelings from the chains of doubt.

Daryl Simmons —whose diverse track record years prior included hits for megastars Whitney Houston, Mariah Carey, Toni Braxton, and Boyz II Men — had one seemingly glaring disadvantage against him when he created this great love song. He hadn’t yet worked with an artist as young as Monica.

How would he appeal to the younger audience, while staying true to a performer who expressed great interest in making sure the album reflected everything about herself?

Simmons optimally accomplished both tasks, respectfully giving her a skillfully written track that wasn’t a replica of songs performed by her likely musical mentors but distinctly Monica.

Songs like “Why I Love You So Much,” her third top ten pop hit, became Monica’s signature in a career that nears three decades. Owning a debt of gratitude to Simmons for cracking the glass ceiling in her street-tough persona, if only for under five minutes, heartfelt tunes like “For You I Will” and “Love All Over Me” show that she possesses all the qualities to sing about love and agony.

Was there such a thing as perfect collaborators at that time for talent Monica’s age? Sure, there is. Where Aaliyah’s Age Ain’t Nothing But A Number operated mostly on the street penmanship of a certain Pied Piper and Brandy’s eponymous debut album was chock full of songs written and produced by Keith Crouch, Miss Thang leaned on Atlanta’s major players Tim & Bob for those fine deep cuts.

The duo, who emerged from Austin’s D.A.R.P. production collective, worked notably well with Monica on a series of tracks. Greatest of all is “With You,” a laid-back groove that channels the slick vocal cadence of an Xscape jam. Its suggestive lyrical content wasn’t exactly the same speed as Adina Howard or the Atlanta-based quartet; but its PG message about droptop, alone time kept it from receiving a parental advisory sticker.

Monica aligned herself with another significant D.A.R.P. collaborator: Arnold Hennings. Having only one placement on TLC’s the multi-platinum seller CrazySexyCool a year prior, the musician flexed his songwriting and production on Miss Thang for three tracks, including the everlasting score “Never Can Say Goodbye.”

It’s like most of the recordings on the album, straddling the tightrope of age-appropriate context for someone who was 14-years-old. She sings in an invitingly deep yet subtle key about true commitment, while deposits of inexperienced nuances of womanhood come up midway in the song. While her seemingly unversed nature in the love department could come into question here, the deep sense of honesty in her emotive voice negates spectators.

On the acoustic-laden “Forever Always,” another top tier moment by Hennings, Monica deals with unrequited love. Still, her heavy heart belongs to him only — forever always. Fifteen years later, a collaboration between rapper Trina and Monica manifested simply titled “Always.” Its chorus, verses, and closing reprise powered by the Grammy winner have a more contemporary analogy to the Miss Thang number.

Mature. Authentic. Atlanta. Monica embodied all those elements into her confidently saucy debut album. By the end of the year-long promotional run for Miss Thang, Monica had fully-developed into not yet a grown woman but a bonafide superstar.

She had her first platinum-selling album, as well as platinum plaques for her first two singles. She had rightfully earned countless chart victories, a Billboard Award win and other prestigious award nominations. She also had the “that girl can sing” approval from one of her biggest inspirations, Ms. Whitney Houston.

Those music merits aren’t the things that have sustained this R&B vet for the last two decades. Perhaps, it’s the sheer greatness that lies dormant in the songs she recorded while only 12 and 13.

The complicated love stories of her hits and album fillers seemed like first-hand accounts, singing those raw feelings of longing and angst with authority and passion in ways that were far beyond her youth. In fact, 25 years later, it’s that genius in her relatable narrative from then to now that hasn’t changed; she’s still Miss Thang.

Revisit Miss Thang by Monica below. 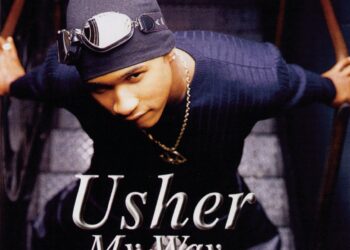