The video was directed by Yvon Ray Fine.

It seems TeaMarrr is aiming to make her latest EP Before I Spill Myself a visual project. Following the release of videos for multiple EP tracks, the Boston native has shared a clip for her SiR-assisted track “Tick.”

The noir-inspired video, directed by Yvan Ray Fine, follows TeaMarrr’s on-screen profession as a private investigator. She makes it her business to solve a crime involving a wanted man before time runs out and is willing to do whatever it takes to close the case, even if seduction is involved.

The video for “Tick” follows the visual release of “Doin It Again.” On Spotify, the former track has surpassed more than 400k streams.

Before I Spill Myself was released back in May 2020. Included on the EP were standout tracks, “One Job” and “Kinda Love.” That same year, TeaMarrr appeared on the season four soundtrack to HBO’s Insecure.

Check out TeaMarrr’s video for “Tick” featuring SiR above. 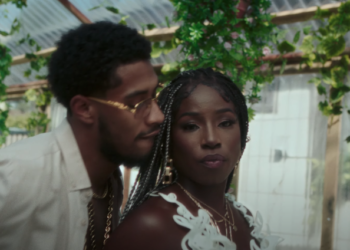