Everything is Love in Serpentwithfeet’s ‘Same Size Shoe’ Video

Black queer love matters. Period. Serpentwithfeet ensures that and does it authentically and unapologetically in his video for “Same Size Shoe.”

For the romantic picture, Serpent drafts Shadae Lamar Smith and Rush Davis as directors, who both do a stellar job capturing all notions of love between two proud Black gay men.

Proving that cooking breakfast might be his speciality, Serpent cooks it up like Waffle House for his partner at the start of the video. Their love story is exhibited in other ways, from snuggles on the couch and watching the cult classic Noah’s Arc to taking it ballroom scene in their backyard.

The informative clip also spotlights Black gay trailblazers in the film and scholarly realm, such as Marlon Riggs and Joseph Beam.

“Same Size Shoe” is the second offering to be collected from Serpent’s new album, Deacon. Set to arrive on March 26, the successor to his 2018 debut, Soil, includes the lead single “Fellowship” and a guest appearance from the queen of wonky funk Nao.

Serpent describes his forthcoming set as “calm and restrained,” citing in a press release that “this was my way of tapping into the energy many deacons possess.”

Check out Serpentwithfeet’s video for “Same Size Shoe” above. 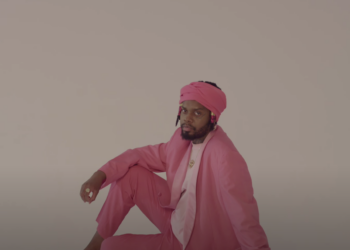 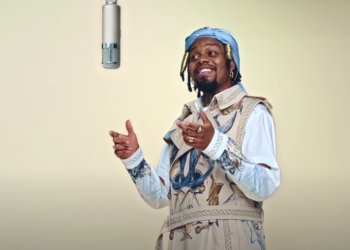 Serpentwithfeet is not done with his ministry. Days after releasing his anticipated sophomore album, Deacon, the Baltimore-born artist, makes his first...