Rising R&B/soul singer Gaidaa takes us through an artistic ode to herself with the video for her song “Stranger” featuring Saba and Jarreau Vandal.

In the Segraphy-directed video, Gaidaa is seen in an art studio singing into a revolving camera that shows intermediate shots of her and her younger self, highlighting her growth as a person.

The video is the premise of the song’s lyrics in video form. Gaidaa states the inspiration of the track is being a work in progress, constantly changing and not recognizing who you are. Which in her words isn’t always a bad thing.

Speaking to Fader about the video concept, Gaidaa stated, “The video tries to show me reflecting on my own idea of who I would be when I grow up, and how the projections I may have placed on myself played out in reality.

The video is one straight take without any cuts, to me representing the idea that we are in an ever-evolving ongoing process. Having the younger me in the video was to emphasize that though we may be looking for who we are, whilst taking on the process and projections, we find that the root of who we are remains.”

Watch Gaidaa’s video for “Stranger” above. 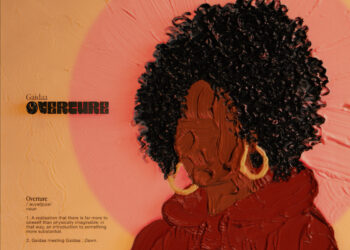 It’s time you got hip to Gaidaa. The mesmerizing Dutch-Sudanese songstress has dropped her debut project, Overture. Anchored by the...