On Grace Weber’s new song “Played Yourself” she makes it clear that no matter how solid a man may think his game is, he can’t play her; he can only play himself.

“Played Yourself” was produced by Mighty Mike and Pat McManus and co-written by Chelsea Lena. It merges R&B and soul with gospel vocal backings on a power-driven beat. Lyrically, it speaks of Weber taking one’s power back in a toxic relationship.

Weber explained in a statement why her most recent track is “an important song” in her catalog. “It’s an anthem of healing and recovery,” she noted.

“The song touches on a lot of themes on the album including resilience, and I hope it can give listeners the strength they need whenever they need it the most,” Weber added.

“Played Yourself,” which arrived with a supporting visual, is the second single from her upcoming debut album. Weber previously released the single “Thru the Fire” featuring Chance The Rapper in March.

Listen to Grace Weber’s new song “Played Yourself” below.

Grace Weber is in such A Beautiful Space that she unlocked five new tracks for the extended edition of her debut album. ... 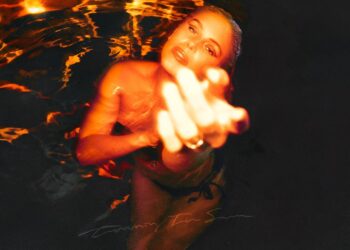 Grace Weber Is ‘Touching the Sun’ on New Song

Emerging singer Grace Weber has released a new song titled "Touching the Sun." It's the first release of a set...