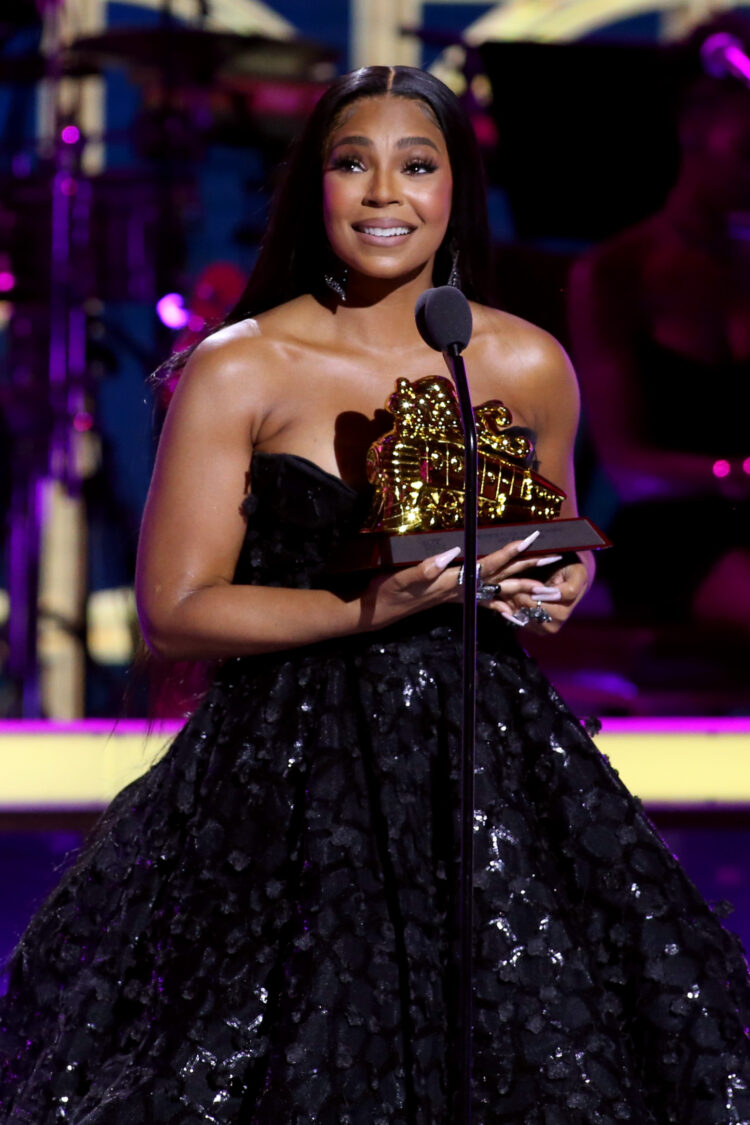 Ashanti was honored with the Lady of Soul Award at the 2021 Soul Train Awards, which aired Sunday, Nov. 28 on BET. Rising solo act Normani presented the R&B legend with the prestigious award.

During her acceptance speech, Ashanti reminded everyone that her journey navigating the music industry wasn’t seamless.

“Some people may look at my journey and think it was easy. It was not. My career has been filled with so many peaks and valleys and it definitely wasn’t easy,” she said.

“I’ve been blessed to have broken records, won awards and tour the world. This Lady of Soul Award is a full-circle moment for me because, in 2002, I received the Aretha Franklin Entertainer of the Year Award. And here I am almost 20 years later, even this great honor.”

Ashanti added, “I will continue to keep pushing, keep thriving, keep following my dreams, continue to put music out, provide for my community and support up-and-coming female writers and singers all about women’s empowerment.”

After delivering a heartfelt speech, Ashanti returned to the stage to perform a medley of some of her greatest hits. The 10-minute set included signature songs such as “Happy,” “Rain on Me,” “The Way That I Love You,” “Baby” and “Foolish.”

Ashanti will continue to receive her flowers going into 2022. She is set to receive a star on the Hollywood Walk of Fame.

She shared her excitement in an Instagram post. She wrote, “Wow… I’m speechless. Super humbled and super honored. I still can’t believe it. I’ve been inducted into the Hollywood walk of fame class of 2022!!! I’m actually getting a Star on the Hollywood Walk of Fame!!!! 😆

Thank you guys so much for all of the love and continued support throughout the years. Thank you to my amazing team this wouldn’t be possible without all of you. Thank you to The Hollywood walk of Fame!!! God is amazing… and his timing is impeccable.”

In 2022, Ashanti will celebrate the 20th anniversary of her self-titled debut album by releasing a re-recorded version, now that she owns her masters. The original album won Best Contemporary R&B Album at the 2003 Grammy Awards.