The multitalented singer talks about his latest visual from "Dur&" and gives insight on the direction of his next album.

by Keithan Samuels
in Interviews, Videos 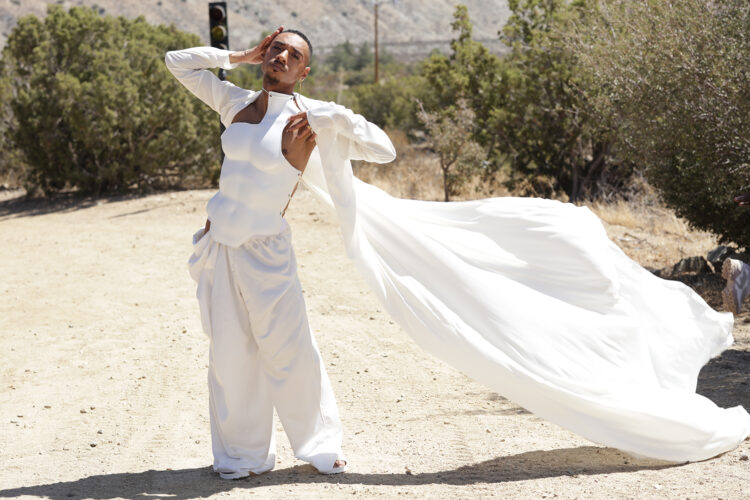 Durand Bernarr is a man who can do both. On “Company,” from his 2020 album Dur&, the multifaceted entertainer sings about his many layers — especially when it comes to romance.

“The song is about duality,” Bernarr tells Rated R&B. “I’m the man that can do it all. There are different dimensions to how I carry myself depending on the circumstance and who it is. I can be submissive — more feminine — or I can be dominant and aggressive.”

In February, Bernarr debuted the video for “Company,” directed by Nico Traggidy. His intention for the visual was to illustrate his versatility. He used colors to help reflect his different sides.

He reveals his black garments reflect his more masculine side, while pink represents his softer side. Then, there’s white, which he refers to as neutral. The splash of red “is when your hair is all the way down.” 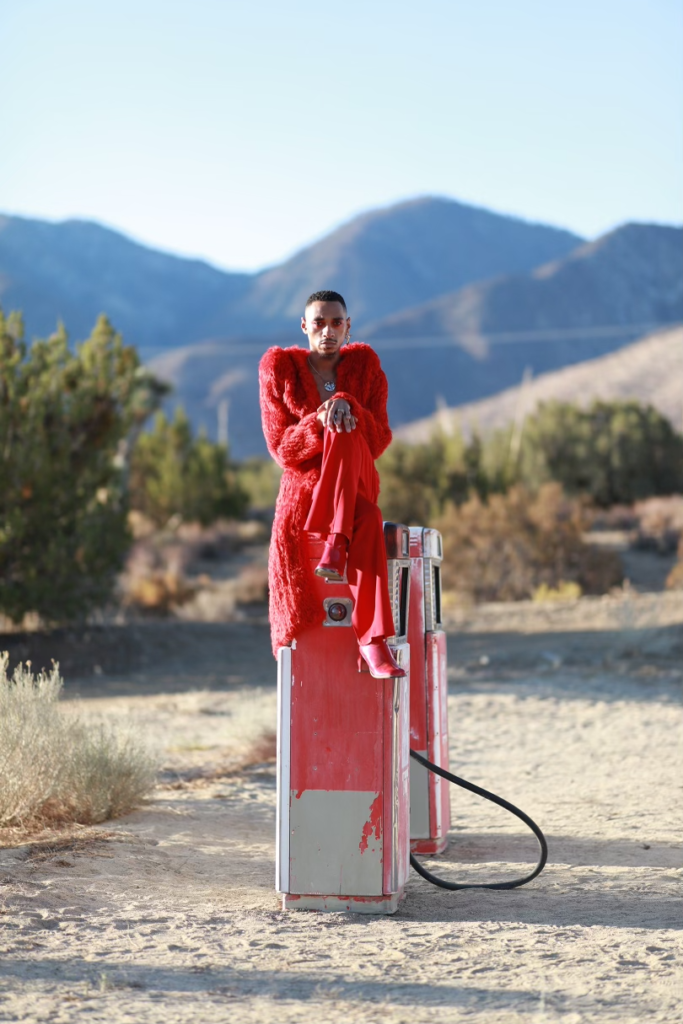 In under five minutes, we see a multidimensional person unapologetically embracing and expressing their full self. The opening scene finds Bernarr in bed with his male counterpart. The two get intimate before his love interest suddenly disappears in thin air.

“The song is about a guy, so I wanted to stay true to the story,” explains Bernarr when asked about representing Black queer love from an authentic place.

“I don’t think I was trying to represent a certain thing. I was like, ‘This is my experience. This is how I would like to highlight it because this best represents where I am at this time of my life.’”

Bernarr isn’t just multifaceted in terms of his personal life but also as an artist. He’s a singer (and backup singer for Erykah Badu), a songwriter, a producer, an actor — and yes, even a skater. He incorporates his passion for skating in some of his live performances.

“It is a form of exercise and a form of release,” he explains. Bernarr has been infatuated with skates since he was a kid. He vividly remembers his blue and yellow Fisher-Price roller skates.

Speaking of skating, Bernarr hints that his next project will have more upbeat songs “you’ll be able to skate to.” He aims to have the project out later this year.

You recently started working on your next project. Could you tell us more about the direction you plan to take this time around?

I was attempting to put out a dessert EP for the Dur& project, which would’ve been some remixes, some extended versions of the songs and some b-sides that didn’t make the album, but the window to get it out just didn’t match up because then it would start to bleed into working on the actual new album. I decided to give that a backseat and put all the energy into the new project.

The new album kind of just took a sharp left because I wanted to get maybe 20 songs altogether. I had about 10 ideas. I wanted to get with a band here in LA and I wanted to go to Dallas and to play with my guys who I’ve been playing with in [Erykah Badu’s] band. I went to Dallas. We booked out a session and cranked out like 14 joints in five hours. Now, I’m piecing together the stories that I want to tell and how I wanna tell them. The music is really beautiful.

Is there anything you want to do differently on the next project that you didn’t do on your previous one?

I want to incorporate more of my comedic influences in the music. So things inspired by Bugs Bunny, Arnez J, Jim Carrey (in Ace Ventura and Liar, Liar)…and like those Little Richard interviews.

Funny that you bring that up. One thing that’s admirable about you is your subtle use of comedy in your music and even in videos like “Company.” How do you present it in a way that feels genuine and not forced?

There’s a quote that Anderson .Paak says [on his song “Come Down”]. He said, “Don’t I make it look easy? Don’t make it look good?” When you’ve been doing something for so long and you’re around people who are doing that, you get to sharpen one another.

When do you plan to release the project?

My deadline [to finish] is this summer. With all this [music], I have more time to actually create lyrically and sonically with my ideas instead of trying to find who’s gonna be producing what. This is stuff I’ve really been wanting to do. I’ve been wanting to just bop my shoulders and move my hips. I’ve been telling the girls to keep the vibey stuff away. I’m tired of trying to go to sleep.

Have you thought about artists you want to collaborate with on this project?

What names are on your lists?

I can give you names off the list that I have not tackled, and then I can give you three that I actually have. On the first list, I have Lalah Hathaway, BJ the Chicago Kid, Alex Isley, and Tyler, the Creator. As far as people I have collaborated with, I have The Free Nationals, Muni Long, Elijah Blake and Jade Novah.

Some shit you take to the grave.
The rest of it, take to your therapist.

You occasionally tweet about mental health and therapy. How long have you had a therapist and has it sparked a new perspective in terms of your craft?

I’ve been in therapy for two years. Since starting therapy, I’ve had two moments of catharsis and they were both outside of my sessions. I guess because I understand while there are things that we do need to work on for ourselves, some things we do need assistance with. I’m just proud that this wave of people — we want different results. A lot of us are still in touch with our inner child, but some of them are very broken.

I’m in touch with my inner child. This little n*gga is actually healthy (laughs). He’s very much aware. There are certain things that will bypass my mental self and emotional self and hit him. But that’s fine. We, we here, you know, so just to be able to have that awareness, it’s the awareness for me.

Are you the type of artist who has to get through something before you can sing about it, or does making music help you get through whatever you’re experiencing?

There have been times when I’ve had to get something out and I had to word it in a way that would be ambiguous. Depending on who’s listening to it, they could interpret it any kind of way. I was able to get it out and have my own understanding of what I’m saying. I haven’t done that in a while. There is one song in particular that I’m thinking about. I’m wondering if I’ll go there because I haven’t discussed it outside of a close friend, but other than that, it’s all been in therapy.

How do you protect your energy, particularly on social media?

So I tell people this: I mind my business 92% of the time. The rest of that eight sh*t comes across my office. It’s like, why do I know this information? (laughs). But, honestly, I only focus on things that I have control over. 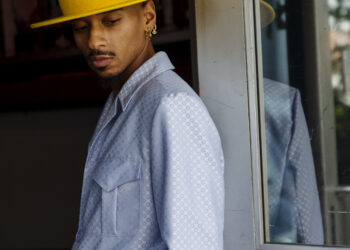 Durand Bernarr has announced 2023 dates for his headlining Wanderlust Tour. It follows his Step Into My Office Tour, which... 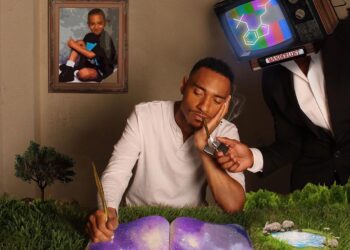 After two years of anticipation, Durand Bernarr is back with a new album. Wanderlust is the latest record from the...