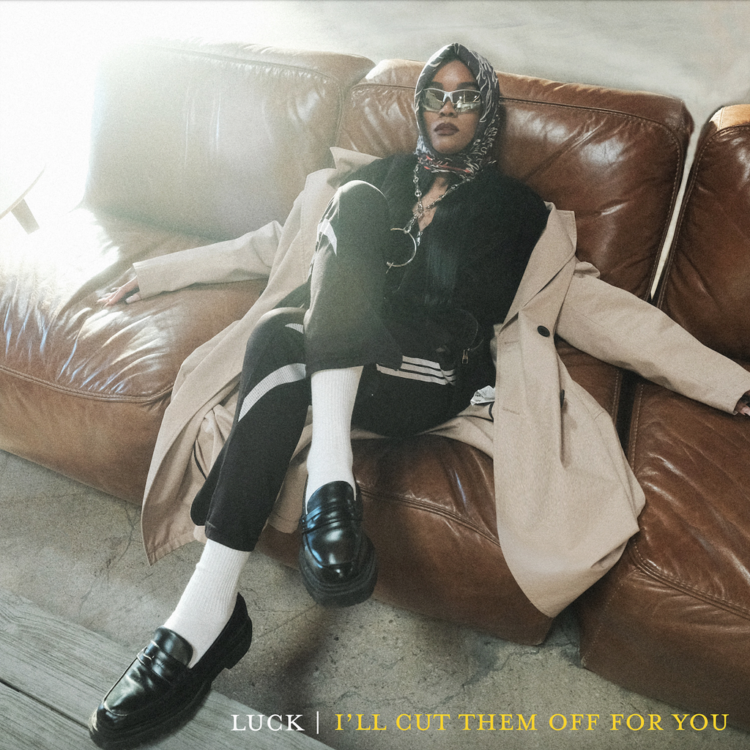 On her new single, “I’ll Cut Them Off For You,” rising newcomer and entrepreneur Luck holds an everything must go sale on her boy toys to focus on just one man.

According to Luck, the man of her dreams is honored to be the option she is most interested in pursuing long-term.

She further inflates his head by letting him know it’s “always been you” in lines throughout the predominantly slow, drab production made by Venessa Michaels.

Speaking on the new single, Luck shared in a statement, “‘I’ll Cut Them Off For You’ is a reflection of confidence. In an age where being decisive is rare because of all the options and influences that culture has to offer, there’s strength in the anti-distraction of commitment… plus if my mama like him, I love him.”

In celebration of “I’ll Cut Them Off For You,” Luck accompanied the new jam with a lyric video. In the clip, Luck has friends over for a listening session, where she plays the new song and feeds off their vibes and energy.

“I’ll Cut Them Off For You” is the third offering from Luck’s upcoming album, which will release later this year. The untitled project features previously shared songs “All The Diamonds” and “Higher.”

Stream Luck’s new single “I’ll Cut Them Off For You” below.