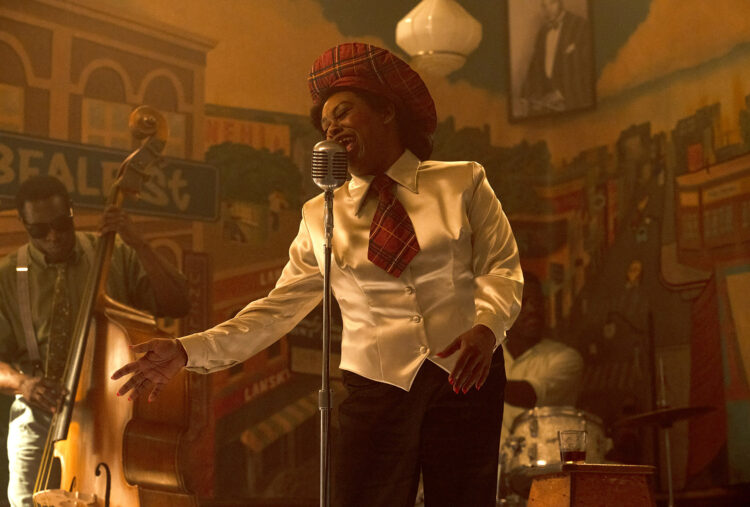 A snippet of Doja Cat‘s song “Vegas” surfaced on Twitter in mid-April and sent a shockwave through the platform. Fans tweeted their excitement for the song, which Doja debuted live at her Coachella performance a couple of days later.

Some fans believed that blues singer Willie Mae “Big Mama” Thornton’s 1952 hit “Hound Dog” was sampled on the track. However, it was singer Shonka Dukureh’s powerhouse vocals looped on the song.

“Vegas” was released on May 6 as the first single from the Elvis soundtrack, which is out now. The movie is also playing in theaters.

Dukureh portrays Thornton in the Baz Luhrmann-directed film. Like Thornton, Dukureh’s musical roots trace back to the church.

“My mother said I could sing before I could talk,” Shonka tells Rated R&B over the phone. “I was born with a musical gift. That’s always been there. From there, I did some singing in the church and honed my craft there.”

Dukureh has always been a student of music. Coming up, she admired a range of gospel singers such as Kim Burrell, Shirley Caesar, The Clark Sisters, The Caravans and Yolanda Adams, to name a few. “They’re definitely a strong influence,” she notes.

After finding her footing in gospel music, Dukureh started to explore musical theater. The Nashville, Tennessee, native attended Fisk University, where she earned a bachelor’s in musical theater.

Dukureh is no stranger to acting. She has starred in many musicals and plays across the country. However, her role in Elvis marks her debut in a feature film.

How did you land your role as Big Mama Thornton in the Elvis film?

I received a call from a friend in the music scene. From what I understand, she was doing some consulting to find talent to do some of the music background for the film. She asked me to record myself singing a couple of songs and send her the video. She passed it along to Baz [Luhrmann] and his company that was putting the movie together. They liked what they saw and had me come in and do a duet with Yola, who’s playing sister Rosetta in the film. They also had me do several songs from Big Mama Thornton’s repertoire.

I was supposed to just do two days. At the end of that second day, I received an email from Elliott Wheeler, who’s also doing a lot of the music stuff for the film, inviting me to do two more sessions around the gospel portion of the film. That was pretty much the end of the whole experience until a year later. I received an email from Elliott wanting to speak to me about being a part of the film on camera, which was a shocking email to receive, and possibly coming over to Australia to do the filming for some of the church scenes and to be Big Mama Thornton. It was just amazing [that] his team saw something in me and wanted to offer me the role.

After you got the offer, how did you prepare for your on-screen role?

I knew that Big Mama Thornton was heavy into music. Instead of focusing on how to mock her or recreate her movements, I allowed the music to take my physical self to a different place.

Some people thought Big Mama Thornton’s vocals were sampled on Doja Cat’s “Vegas,” but it’s yours. What’s the story behind recording “Hound Dog”?

I received a personal email from Baz [Luhrmann]. He was talking to me about Doja Cat and her team and how much they were fond of the work that I did on the film and was interested in creating a rap version of “Hound Dog.” He [also] talked about including it in her upcoming Coachella set and inviting me to be a part of the set, which was amazing. On top of that, potentially, I would be a part of her music video, which I had an opportunity to do and represent Big Mama Thornton. The whole experience has been out of this world. It’s nothing that I could have even prayed for or thought of. It’s just been one wonderful thing behind another.

What did you learn about yourself or take away after portraying this Big Mama Thornton?

One thing that stood out to me as I was researching Big Mama Thornton was her self-confidence. Her knowing of herself [and] not being afraid of bringing exactly who she was to the table, whatever table it was. As I was going into the process, I knew that I first needed to be confident that whatever I was bringing to the table was enough for me to embody the whole experience at that time. I had everything I needed. I didn’t need to go and grasp from someone else or outside of myself, but tap into exactly what I brought to the table — just walk in boldness.

You teased an upcoming music project, Lady Sings the Blues. Is this something that you’re still working on?

Absolutely. I was very much inspired, not only by Big Mama Thornton and her musical legacy but also all of the early blues music that was foundational for rock & roll. I wanted to pay tribute to that genre. I think a lot of times that genre may not be as appreciated [by] our culture as it should be. Maybe because some of the music [and] the themes of the music may not be as happy, but that’s what the blues be. You could even find blues in the church. We are talking about our burdens and bringing them to the Lord. That is blues music in a spiritual context. I just really wanted to tribute to the genre for sure.

Is there a release date set?

It’s being worked out right now. We want to make sure that we are fully present and promoting this film. I’m definitely in talks with management and we are pushing forward to getting it out.

Back to the Elvis film. What do you hope people take away after watching it?

I hope people come in with an open heart and be willing to learn or unlearn some things that they may [have] thought they [knew] about Elvis, his life and his legacy. 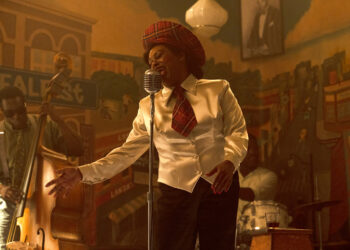 Singer and actress Shonka Dukureh was found dead in her Nashville, Tennessee, apartment on Thursday. A cause of death has...