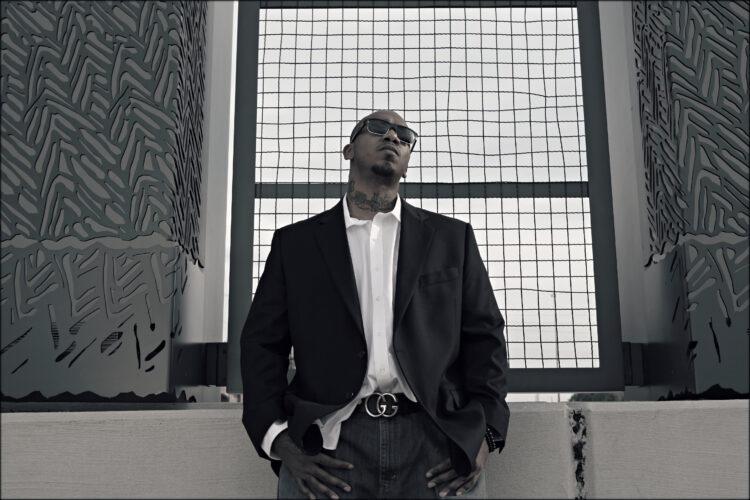 Singer-songwriter Michael Keith is widely known for being a member of R&B quartet 112. Originally signed to Bad Boy Records, Mike, Slim, Q. and Daron made a big impact in R&B in 90’s and early 2000’s. They are responsible for R&B classics like “Cupid,” “Only You,” “Peaches and Cream,” and “It’s Over Now” to name a few. The group racked up many accolades under their belt — everything from selling millions of albums to winning a Grammy and other awards.

Unfortunately, good things don’t last forever and the group eventually parted ways. All members pursued their solo careers. In 2008, Keith released his debut self-titled album. Although the album didn’t do well commercially, it was a solid effort from Keith as he stayed true to his R&B roots.

After spending years apart, 112 reunited for their “For the Fans Tour,” which kicked off months ago. The tour was created for 112’s committed fan base who wanted to see them back on stage together. Although the R&B veterans reunited for a fan tour, there are still questions about whether they are officially reunited and if fans can expect another 112 album.

Keithan of RatedRnB recently interviewed Michael Keith. During their interview, Keith talks about the current status of 112, his experience as a solo artist, his opinion on today’s R&B music, his new gig as a blogger, and spreading awareness about Lupus.

Keithan: Everybody wants to know, what’s the current status of 112?

Currently, we are family (laughs) so that’s always a good thing. Like any family, we have our ups and downs. We are together and we are touring. That’s about as deep I can go into it.

Not to my knowledge. I know when we came into this situation, we decided that the best course of action was to do thing one at a time. We felt like touring would be the easiest transition and the common denominator because honestly what better way to get the juices back flowing after start touring again. I would love to do another album but currently that is not where we’re slated at this point.

Keithan: How’s the tour coming along?

It’s been awesome. It’s been seven years since the four of us were on a stage. We made sure that we took the time out and did rehearsals, we got on the treadmills, the diet plans, and whatnot just to make sure we looked like how they remembered us when we last left. It was a great challenge. We only had a month to get ready for our first performance. We went out there and really put it down. I was really proud of my guys for taking this very seriously. Because we could have easily jumped on the stage, fat, out of shape, not doing any choreography and just relied solely on our voices – which has been our mainstay. But truthfully we felt like we owed more to those fans who’s been there for the last 16 years than to just jump on the stage looking a hot mess…

Keithan: In 2008, you released your self-titled solo album. How did it feel to become a solo artist?

Well, since the sabbatical – that’s the nice politically correct word that I like to use – I had to refine myself in all of that because here it is, for all my adult life I have been reliant on three other men to basically build a career and this was my first time I was by myself essentially… it was really weird but at the same time it was really enlightening because I found out things about myself musically that I did not know I was capable of doing. Being the guy in the charge…was really enlightening, it was refreshing; it was scary (laughs). But for the most part, I relish the opportunity and I look forward to exploring more of myself musically because honestly man I had a ball doing it.

Working on any music projects now….

Currently, I am working with a production company called Jupiter Music Group. We’ve been writing and producing for new artists and [giving] them the opportunity to work with some artists that have been out there – won Grammys, sold millions of records- but they may not have the budget to go out and get a Pharrell or Dr. Dre or somebody… we have been making it affordable for these new artists to come out and try to see if we can make something happen. We have this chick we’ve been working with from the UK. Her name is Dixie Day. We also have a project of a girl band called the Gee Gee’s. They’re beautiful, they can sing, and they all play instruments…

That’s really dope. So, what key qualities do you think makes an artist great?

I think the overall gift I look for when I work with an artist is sacrifice because I sacrifice. I barely even graduated on time because of 112. I never went to any one of my proms in high school, which was important for a lot of people but it wasn’t that important to me. I missed funerals. I missed birthdays. I missed children being born. Will I subscribe to it? Do I tell anybody else this is how you need to do it? No, that’s not what I promote. But at the same time if you want to be successful in this game, then you have to do certain things – and not when you feel like it’s best for you but what’s best for the overall situation.

How do you feel about the direction of R&B music?

Truthfully, the music industry to me is insipid and so boring to me…it’s so cookie cutter…and that’s not the type of music we grew up to. For example, me being from Atlanta, when I first got into the game, the music was so eclectic and so different. You had your Goodie Mob, your Outkast, TLC, Fishbone, 112, and Usher. You had all these different types of sounds and it was really cool to be from here. It was just really amazing because music wise, we had the opportunity to do what the hell we wanted to and it was widely accepted. Whereas now, it’s like if you don’t have this certain sound that they’re looking for then you won’t get played. And I’ve seen artists that are so talented that will not get the type of recognition that they deserve because they don’t fit a certain format or fit a certain type of genre. We used to be so open minded to music back in the day in the early 90s and beyond. But nowadays, if you don’t fit this certain mold — if you’re not talking about killing somebody, sleeping with a million women, money, sleeping with a million women — things that have nothing to do with how to enrich your life and soul as a person, then it’s not accepted and therefore you will not be successful in the music industry….

Keithan: I agree with everything you just said. What new artists do you think are hot?

I like this Frank Ocean kid. I like a lot of what he’s saying. I really appreciate his courage in doing what he did a couple months ago. If that’s your brand of whiskey, then cool. I think the freedom aspect of it is what I admire most. The fact that this man was able to be bold and have the freedom to basically to put his whole world out there. Some say he did it to gain notoriety and record sales but that could have potentially been musical suicide. I’m just glad it went right for the young man. I like his sound.

Keithan: You recently became a blogger for Vibe.com. How did that come about?

Let me start off by saying I am so freaking blessed and happy to have the opportunity that VIBE has afforded me…back in 2007 I believe, 112 was on their way to UK with Jagged Edge. We were just now exploring the whole MySpace thing at that point. We wanted more traffic on our page so they basically was telling each one of us go on your MySpace page and tell people why people should come on board and be part of the 112 experience. So when I got on, of course me being the comedian of the group, I said if you come onto the page, I’ll even give you some love advice. I’ll call it ask “Uncle Princey” because Princey is my nickname…that’s the origin of the blogging and love advice came from. It was really just me playing around trying to get traffic on our page.

Fast forward a couple of years and I just realize that people were taking account of what I was saying, so I had to sit back and realize that I can’t be giving people crazy advice because they are really listening to what I go to say. During that down period of 112, I just fell off. I honestly I didn’t want to write anymore. I didn’t want to produce anymore. I didn’t want to do anything anymore because I still wanted to be a musician. I still wanted to be 112 and still go out and tour and all this other stuff. One day I was having a conversation with this lady on Twitter. She asked whatever happened to my blog and I told her I wasn’t really doing it anymore — it was cool to do but it wasn’t really going anywhere. She just convinced me to start writing again. It just so happened that I knew somebody that knew somebody that had an online magazine that needed a fresh perspective on love and relationships…

Keithan: That’s an amazing opportunity and a great platform. Let’s jump into some fan questions. What’s your favorite 112 song to perform?

I would have to say “Player” because it allows me to get my rocks off, basically. That’s one of the songs that Duran and [I] are highlighted on.

Keithan: What’s one thing that most people don’t know about you?

I have this thing where I just don’t like being around a lot of people, like in clubs, it freaks me out a little bit.

Keithan: Thank you. Do you have any last words for our readers and your fans?

I would like to take this time out to spread the message of gaining the awareness for lupus. Nine years ago, my mother was diagnosed with lupus. I didn’t really know what it was so I had to do my research. The people most susceptible to getting this disease are African American women ages 18-45, and I just felt like these are the same demographic that we perform for so it just made sense to me …we have to find a cure for this disease so what I’m doing is spreading as much awareness as I possibly can…

Be sure to follow Michael Keith on Twitter @MichaelKeith112. For more information about lupus, please visit http://www.lupus.org/ 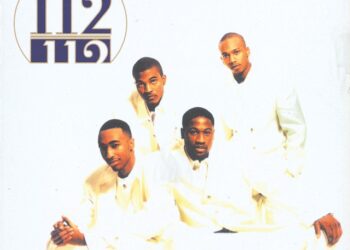 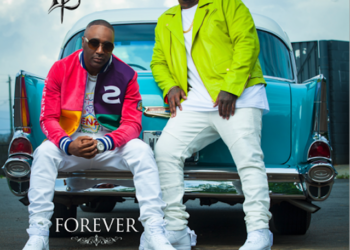