In an effort to keep R&B fans in tune with where their favorite R&B artist are on both Billboard and radio charts, we will be sharing the highlights in our weekly Chart Check. In this Chart Check, the dates range from June 13-20 (Billboard) and June 16-22 (radio).

Justin Timberlake apparently wasn’t too pleased with his album “20/20 Experience” at No.9 last week. However, Timberlake rises back to the top, landing at No. 3 this week. Meanwhile, R&B songstresses Chrisette Michele makes a splash this week, debuting at No.12 with “Better.” This makes Michele’s first LP to debut in the Top 20 of the Billboard 200 Albums Chart.

Chrisette Michele wasn’t successful in dethroning the “Suit & Tie” singer Justin Timberlake from the No.1 spot.  However, she debuted respectively at No. 2, making it her third album to debut in the Top 5. Rihanna remains at No.7 with “Unapologetic.”  Fantasia’s “Side Effects of You” drops two spots to No.8, while hit-maker The-Dream’s fifth studio album “IV Play” falls from No.5 to No. 10.

Tamar Braxton has much to celebrate lately: giving birth to her first child and landing her second Top 10 on the Billboard’s R&B Songs Chart with “The One.”   Robin Thicke’s “Blurred Lines” still remains No.1.

In their respective order, here are the Top 5 R&B Albums:

One of the newest bubbling songs on Urban Radio right now is Bridget Kelly’s second single “Street Dreamin” ft. Kendrick Lamar. In 15 days, the song has already earned nearly 580 radio spins and reached the Top 40. Meanwhile, C-Squad is probably somewhere cheesing as Ciara’s “Body Party” is the only R&B song in the Top 5 of Urban Radio.

Alicia Keys’ collaboration with Maxwell “Fire We Make” has been battling it out with Miguel’s “Adorn” for the past week but Miguel comes out victorious at No.1. Keys still behind followed by “Lose to Win” (Fantasia)  “Love & War” (Tamar Braxton) and “The Best of Me” (Anthony Hamilton). 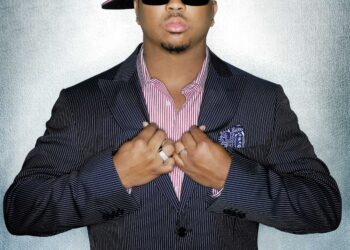