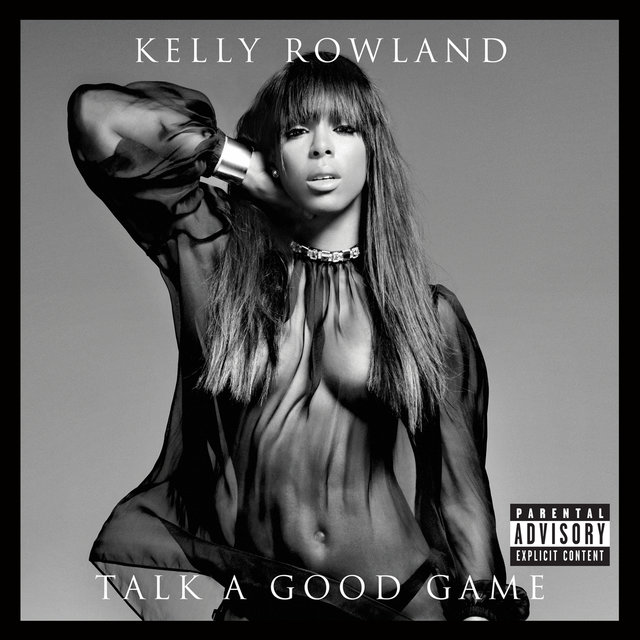 Kelly Rowland launched her new era in fall 2012 when she announced that she was working on her fourth studio album (then titled Year of the Woman). After releasing a couple of buzz singles (“Number One” and “Ice”), Rowland switched gears and changed the title to Talk A Good Game.

Rowland enlisted some heavyweight producers for this project including Harmony Samuels, Pharrell, Rico Love, The Runners, Mike WiLL Made-It, The-Dream and Boi-1da among others. She also recruited artists such as Beyonce, Michelle Williams, Kevin Cossom and Wiz Khalifa as featured guests.

The album serves as the follow-up to Rowland’s 2011 release Here I Am, which debuted at No. 3 on the Billboard 200, selling nearly 77,000 copies in its first week of sales.

Did Kelly Rowland take a step up or a step down from her previous release with Talk A Good Game? Check out our track-by-track review below.

1. “Freak” – Rowland begins the album with a recycled song that was originally performed by Jamie Foxx on his album, Best Night of My Life. Nonetheless, Rowland makes the Rico Love and Danja produced tune her own. She wastes no time showing off her sexy and seductive side on the LP. “Everybody’s somebody’s freak/The question is whose are you,” Rowland chants.

2. “Kisses Down Low” – Rowland continues flaunting her sexy side with the album’s lead single, produced by Mike WiLL Made-It. This has to be the most raunchy song she’s ever released. “I like my kisses down low/ Makes me arch my back/ When you give it to me slow/ Baby, just like that,” Rowland chants.

3. “Gone” – Rowland abruptly changes the tone with the first breakup song on the album. Sampling Joni Mitchell’s “Big Yellow Taxi,” Rowland sings about being fed up with her love and eventually leaving him. “There’s a million ways that I could tell you/ But I think I’d rather show you/ It’s over and I won’t be back no more,” Rowland sings on the Harmony Samuels- produced track. Pittsburg native Wiz Khalifa spits a nice verse, insisting she only wants to break up just to make up. “Gone,” a fan-favorite and standout track, has the potential to become a single.

4. “Talk A Good Game” – On the album’s title track, which features Kevin Cossom, Rowland shows off her vulnerable side. “I don’t think I can take another broken promise/Why do things the hard way when you can just be honest,” coos Rowland on the mid-tempo track. Rowland refuses to deal with a man who doesn’t live up to his word. Kevin Cossom offers a rap verse towards the end of the over-produced track.

5. “Down on Love” – Rowland samples The Whispers’ 1987 classic, “Rock Steady,” on The Runners-produced track. On the mid-tempo tune, a vulnerable Rowland sings about being in a tumultuous relationship. “I just need someone to come pick me up ‘cause I been down on love,” Rowland croons.

6. “Dirty Laundry” – Up next, Rowland’s most raw and personal song to date. Written by The-Dream, Rowland sheds light on her dark past that involved a physically and mentally abusive relationship with an ex-lover. She also reveals how she was envious of Beyonce’s success after Destiny’s Child’s breakup. “Post ‘Survivor’ she on fire/ Who wanna hear my bullshit,” Rowland sings on the emotional track. Although this is a standout track, there is something missing from the song. It seems like Rowland is talking her way through the song instead of really pouring her heart and soul into her vocals.

7. “You Changed” – Reunites Destiny’s Child members, Beyonce and Michelle Williams, to tell off an ex-lover. “If our love was a game, you just lost,” Rowland sings in the chorus. The R&B veterans all sound beautiful together on the timeless track. The ladies stayed true to the DC3 formula, with Kelly and Beyonce singing lead and Michelle on the bridge.

8. “I Remember” – Rowland proves her versatility as an artist in this song. Rowland’s layered vocals soar over the mid-tempo tribal beat that’s reminiscent of Drake’s “Take Care” song (kinda). “I Remember” is worthy of being an international single from the album.

9. “Red Wine” – Rowland takes us back in time with this 80’s influenced track produced by Boi-1da. Rowland’s heavily layered vocals gleam on the mellow song. It’s easy on the ears and could definitely serve as background music during a long night of lovemaking.

10. “This Is Love” – On this romantic track, Rowland sings about finally finding love. “When I think about you/ I swear you got me on cloud nine,” she sings.

11. “Street Life” – Rowland switches up the tempo on the Pharrell-produced track. On the Pusha T assisted song, Rowland shines a light on some social issues that impact the Black community. “The street life we know don’t write no notes/ It’s like parole with the time we’re facing,” Rowland sings.

12. “Stand in Front of Me” – On this Pharrell production, Rowland sings about being happily in love. When asked how to keep your man, Rowland says, “You just do it / Mean it / Prove it.” The doo-wop-inspired tune will certainly have lovebirds slow dancing. “Stand in Front of Me” is another timeless and standout track on this album. Although it more than likely won’t become a single, it’s definitely a song to appreciate.

13. “Sky Walker” – Rowland teams up with The-Dream for the second time on the album for a sexy tune. Rowland steps out of her comfort zone with explicit content. Rowland insists “You need a main girl who fucks you like a side chick.” Well, go ahead Kelly. Let ‘em know!

14. “Put Your Name on It” – Rowland offers another grown and sexy track that’s appropriate for the bedroom. It’s definitely a standout track on the deluxe edition, as it reminds us of classic R&B music.

15. “#1” – Rowland insists that she is not about that side-chick life. If she isn’t the one and only chick, then keep it moving. “I don’t care/ I don’t share/ No, no, not with anyone/ Hear me clear when I say I’ll only be number one,” Rowland sings on the Mike WiLL Made-It produced track.

Overall, Talk A Good Game is a solid offering from Rowland and a step up from Here I Am. Rowland stepped outside of her comfort zone, which resulted in more honest material. We applaud Rowland for also experimenting with different sounds on this project. She was able to stay current, while providing us with some timeless music. The album is certainly not perfect, though. There were some songs that felt over-produced. 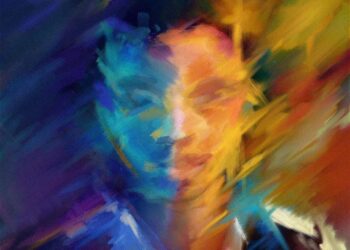 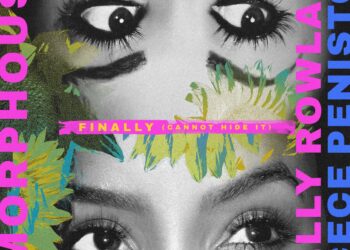