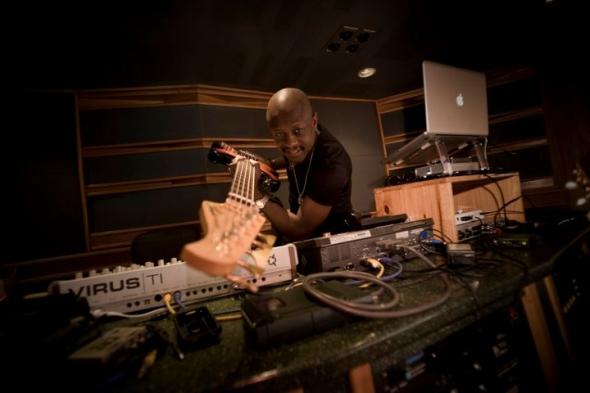 Jerry “Wonda” Duplessis (also known as Jerry Wonda ) is arguably one of the dopest producers of the last two decades. Wonda’s expertise as well a well-rounded musician finds playing instruments such as bass guitar which he started at 11 years old, along with congas and drums among others second nature. His ability to be a musician first before calling himself a producer has helped shape the sound of pop culture. He coined the word “sonic” which describes the sound and effects he uses to make a hit – which he has plenty.

While the latter tunes are great in their own right, Wonda’s contribution to The Fugees 1996 release “The Score” stands alone in his list of credits. The album notched several accolades including multi-platinum status, won two Grammy Awards and earned a spot on Rolling Stone’s 500 Greatest Albums of All Time (No.477) among others.

As 2013 draws to a close, the founder of Platinum Sounds and head of newly established Wonda Music continues to add to his lengthy resume. He’s currently working on new projects for Ledisi, Bridget Kelly, Jennifer Hudson, Ne-Yo, Elle Varner and a duet between Mary J.Blige and R.Kelly.

However, Wonda took the time to speak with Rated RnB where he talked about his musical influences, why music is his first love, the pros and cons of being an artist in the music industry today, Lauryn Hill and more.

Antwane Folk: With being one of the most musically inclined producers in the music industry, who were some of your early influences to help you discover your own sound?

Jerry Wonda: I listened to bass players, like the Bob Marley bass player…you know. Bootsy Collins and Jaco Pastorius, who is one of the classic bass players. I listen to a lot of bass, that’s why my music is so eclectic.

As far as producers, you know of course the Dr. Dre’s and I love Timberland. Hi-Tek, my man (laughs). So it’s a few producers out there I like.

AF: In February 2012, you launched a new production company called “Wonda Music.” How important is it to recruit eager talents who want to bring fresh new sounds to the music industry?

JW: Wonda Music is where I’ve signed writers, producers – it’s a great team. I wanted a label with a global sound with different artists. I’ve got Olivia, an artist from Africa and an artist from here – it’s global.

Also, I’m doing artist development, which people don’t put energy into anymore. It’s not easy (laughs), it’s a lot work when you’re trying to take an artist to the next level. But I’m interested in making a great team.

AF: What do you feel is the easiest and toughest part about being an artist in the music industry today?

[Toughest part] But the challenge though is it’s so much product on the market right now and its like “Yo, which one is good?” That’s the challenge.

AF: Do you see being a producer as being a competitive sport or do you produce music because you truly the love the art of making great records?

JW: Let me say something. Even if they stop buying music, I’m still going to create great records. It’s water. You know how your body has to have water, you gotta have it – unless you’re a robot (laughs). So that’s what music is to me. I go to sleep with it and I wake up with it.

It’s my first love. I tell my girl “Don’t get jealous, you know music is my first wife and you my second” (laughs).

AF: When you are recording a record with an artist, what do you prefer, to have instrumental tracks already laid out for the artist or do you play as the songwriting takes place to make it more organic for yourself and the artist?

JW: It goes both ways. Sometimes certain artists come around and are like “Yo, let’s vibe.” So I pick up my instrument and start creating right there with my team.

[Instrumental tracks ] I’ll start something but I never finish a track all the way for an artist until I have them present – come in and vibe because you never know where the song will go. Every artist is different and you want everything matched. That’s why the best thing for me is to start from scratch. It’s fun.

But at the end of the day, I want the song to be one that touches someone — that’s what I care about.

JW: Since “The Score” I’m always getting a nomination — I’m used to it. I don’t take it for granted. I get very excited. It shows hard work.

People think we just go in the studio for two hours and get famous. Nooooooo man, it’s a lot of hours. You sometimes in the studio from 1 a.m. to 1 p.m. and the next day at 1 p.m. you’re still there. Still, it’s fun with great energy – like you’re on drugs or something (laughs).

But I love when we get nominations. Winning great, don’t win – it doesn’t matter for me. I’m more happy for my team. My engineers, my musicians and my other producers for putting in a lot of hours. People appreciate OUR work…that’s more important.

AF: Earlier this year, we spoke with Bridget Kelly, who called you one of her favorite producers to work alongside. With working on her debut album, what’s one of the standout records you are excited for fans to hear?

JW: Let me say this [Bridget Kelly] has one of the most amazing voices. She is so talented. I’ve worked with a lot of talented female artists — from Ms. Hill to Mary J. Blige and so forth but Bridget has something very special about her that I really love. She’s getting it.

[Standout record] But the songs we have..oh my God. I want to tell you but I’ma wait. They’re trying to pick which one is the single. So let me see which one the label is sending out first.

But she’s releasing an EP in couple of weeks and the song “Goosebumps” [produced by Wonda] will be on there. With “Goosebumps” you’re going to hear her tone..raspy. She is singing from the heart.

AF: I learned you are in the studio with several different artists including a record between Mary J.Blige and R.Kelly. What can you tell us about the duet?

JW: “It’s such a great record…it’s crazy. You have the ‘Queen of R&B’ and the ‘King of R&B’ together on one record – it’s very special. “ It is a record I can’t for it to hit the wave of radio. People are going to love it.

JW: It’s on Mary’s next album. Written by Ne-Yo and Mary.

AF: I know you have been working closely with Olivia, from “Love & Hip-Hop: New York.” What’s the status on her new music. Is an new single or an album in the works?

JW: You know she’s hard working man. She has movies coming, a TV show…she’s working hard. Just be on the look out for her. She’s very special.

JW: I love R&B music and to me Justin [Timberlake] will always bring something great to the R&B world. So I will say yes…his album is really great.

But R&B is making a comeback. People do not want R&B to die and it will never die — that’s music.

There are people like Miguel who is helping R&B right now. And believe it or not, Chris Brown is still helping R&B. Also you got Bridget Kelly, Luke James and Elle Varner, who I’ve been fortunate to work with on their upcoming projects. These are the young R&B cats who are going change the sound of R&B.

AF: You laced The Fugees with bangers for their sophomore album “The Score,” how do important do you think that album was to the culture of R&B/Hip-Hop music for that era and how it help shape the sound of this era?

JW: To me “The Score” is one of the templates for a lot of music today – meaning not just R&B and Hip-Hop but pop. Even pop artists follow The Fugees format.

Around “The Score” time everybody was looking for something different. Everyone was performing with a track and we wanted to see how do we blend the digital and live music at the same time. Now everyone is using it – from Jay Z to Wale.

AF: Speaking of The Fugees, have you spoken to Lauryn Hill since her since her release? Is there any advice you would send her way in regards to her upcoming projects.

JW: Big shout out to her. We all go through our ups and downs..you know. She did her thing — went in and now she’s out and has a whole new beginning. Now she’s going to be great.

AF: Could you see yourself working with her in the future?

JW: When the times comes, I would love to work with her.

AF: With producing records for The Fugees, Whitney Houston, Mary J.Blige, Shakira, Estelle and even Justin Bieber, who do you believe made you step it up a notch as a producer?.

JW: With every artist I work with I do the same. I would be bias if I just picked one. From working with Mary [J.Blige] to Shakira – each person brings something different and I learn something from everyone I work with.

Each person I work with adds something to who I am today, to my sonic and to how I think about music. I’m always learning.

Follow the legendary producer, Jerry Wonda on Twitter @princewonda. Also make sure to follow @WondaMusic for the latest at updates with Jerry and his incredible team – attttttack! 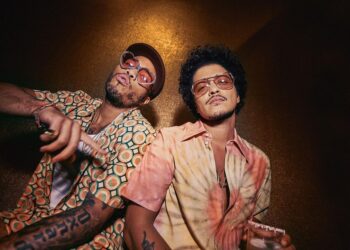 Bruno Mars and Anderson .Paak have unveiled their second new song as Silk Sonic. It’s called “Skate,” and it’s sure to... 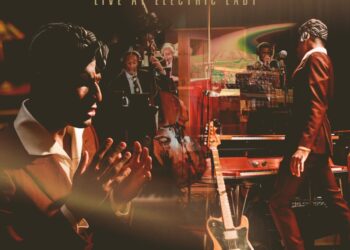 In collaboration with Electric Lady Studios, the renowned recording studio founded by Jimi Hendrix in 1970, Spotify has launched Live...