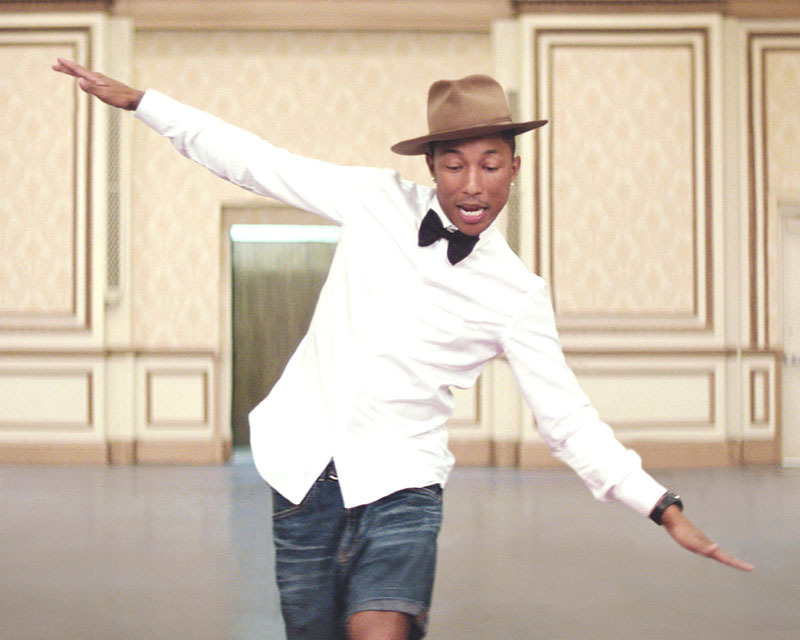 Pharrell is having a very good year. The producer/songwriter/singer has been involved with many of this year’s hits including Robin Thicke’s “Blurred Lines,” Dat Punk’s “Get Lucky,” 2 Chainz’s “Feds Watching” and Beyoncé’s recently released self-titled album.

The “Happy” artist has announced his record deal with Columbia Records.  “When we excitedly partnered with Pharrell in January of this year, we felt it was his time again,” says Columbia Records Chairman/CEO Rob Stringer. “Since then, ‘Blurred Lines’ and ‘Get Lucky’ have defined pop music in 2013, and now we are preparing to launch Pharrell as a global solo superstar in 2014. ‘Happy’ is just the beginning.”

Pharrell recently announced that he is working on his sophomore album, which he promises will be “rap-free.”

Summer Walker has revealed the tracklist for her forthcoming album, Still Over It, which is out on Friday, Nov. 5, via LVRN/Interscope...