Canada seems to be a breeding ground for R&B artists. With artists like Melanie Fiona, Glenn Lewis, Deborah Cox, Tamia and The Weeknd, to name a few, it’s only right that new talent emerge. One new artist, in particular, Maurice, is doing just that. The 17-year-old singer/songwriter/producer/engineer is spreading his voice all around Canada and the United States. The young star has already captured the attention of some major record labels and has a growing fan base. He cites Chris Brown, Drake, James Fauntleroy, Eric Bellinger, Tupac Shakur, Noah ’40’ Shebib, Brandy, Tank, and Darkchild as his musical influences.

Maurice, who describes his sound as “Sade meets Chris Brown and Drake,” got started in the music business at age 14. After graduating from 8th grade, the talented singer applied for a Summer Company Grant with Ottawa City Hall. He was tasked with developing a comprehensive business plan. Putting his brain to the test, Maurice was ultimately awarded the grant which gave him the opportunity to start his own engineering and production company. Maurice didn’t stop there. His grandfather taught him how to build walls; so he built his own recording booth. “The studio as a whole is a 16 x 16 space, with an 8 x 10 soundproofed recording booth and that’s where I’ve recorded and mastered all my music (including my debut EP) and ran my business,” says Maurice.

The studio Maurice built is something very special to his heart. “The studio represents progress and has taught me to have no excuses,” he says. “It’s helped me maximize opportunities that were given to me, helped me attract opportunities from everywhere and because I don’t have to wait on anyone to record or sound engineer my music, it’s helped me close in on opportunities very quickly.”

Maurice released his debut EP “Paramount” in January 2014. Since then, it has spread online like wildfire. The young crooner says his spirituality influenced the concept of the EP. “The ‘Paramount’ concept came about when I really started diving into my spirituality very deeply,” explains Maurice. 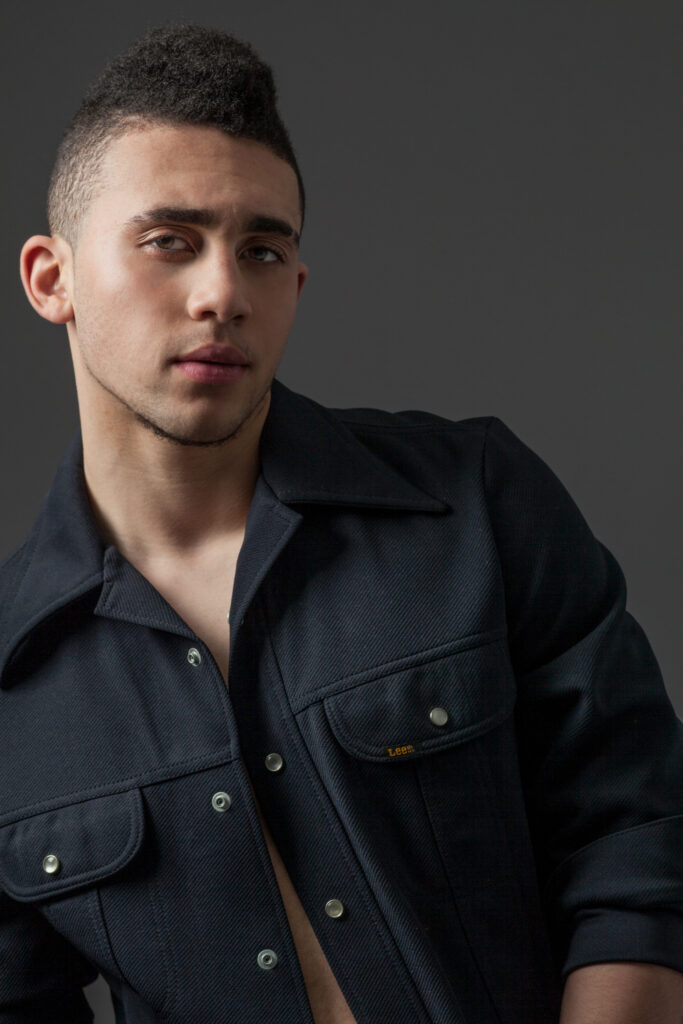 “I was exploring the beautiful world of meditation for the first time and studying for hours a day about various aspects of spirituality that have now become my core beliefs. Simply put, when I became a vegan my life changed forever,” he continues. “I felt stronger mentally, physically, emotionally, and spiritually. Inspiration came so easily for me at this time as I became more and more in tune with myself. I also became fascinated with reaching the highest possible level of consciousness, which I refer to as the ‘Paramount.’ The Paramount is the ultimate state of being; a place mentally that allows us to see the beauty in everything and to be the most confident and ideal version of ourselves. My entire Team Maurice strives to reach that paramount… and be the best they can be. This project was extremely self-reflective and as this journey develops you will begin to see the story unfold more and more.”

Although Maurice is still new to the game, he’s quickly learning about the music industry. “The most important lesson I’ve learned thus far is always put yourself first,” says Maurice. “A lot of times when it comes to music and the business, artists lose themselves trying to please everybody. You will never make everyone happy. The best thing you can do is be the greatest person and artist you can be. I’ve also learned the importance of understanding the actual business that is the music industry. There are so many people out there who want to simply reap the benefits of your hard work and leave you with nothing. Know thyself and be very cautious with who you trust.”

Maurice plans to do as many shows as he can this year to get connected with his fans on a personal level. He’s also set to release his music video for “Lift Off,” the lead single from “Paramount,” very soon.