RATED NEXT: Shaliek Talks Success Of ‘The Past,’ Songwriting, His Debut Album & More

by Antwane Folk
in Rated NEXT 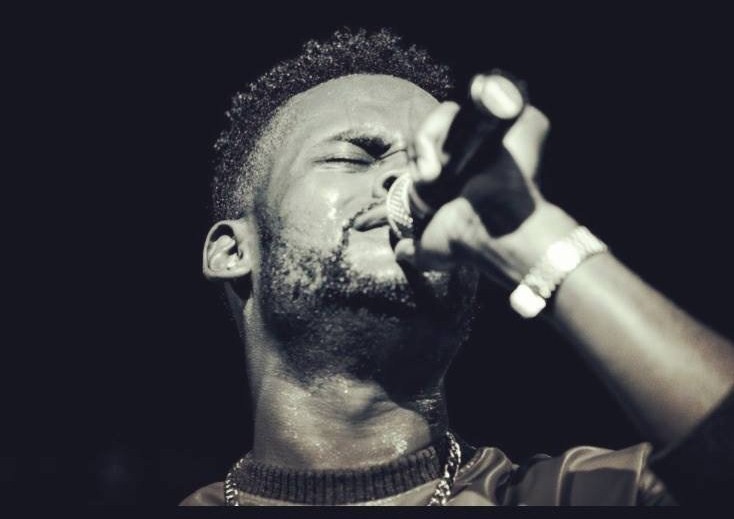 R&B’s latest crooner Shaliek is set to release his debut album “Blood Sweat Tears” this summer. The album’s title acts as a retrospective of the blood sweat and tears he’s endured to secure his spot in today’s R&B world.

Shaliek was born in The Bronx, New York until his family moved to Charleston, South Carolina where he resided until he graduated high school. While his father enjoyed playing the drums and his mother sung, he saw their love for music bubbling inside of him. Leaning more toward his mother’s pastime, he took his singing abilities more seriously and performed at talent shows and even the “Showtime at The Apollo” which he even won a few times.

After moving back to New York, Shaliek found himself singing backup for music icon James Brown and opening for Ashanti to being a part of the Universal Records roster briefly. It seemed he was on his way to making some major noise in the music industry as solo artist.

Yet even with a single (“Get 2 Know Ya featuring. Juvenile) released and being fortunate to work with Alicia Keys, The Underdogs and Jimmy Jam and Terry Lewis on his Universal debut, it still did not make its way to shelves. While he was released from the label, his days there were not useless. He picked up the musical trait of songwriting before he signed to Pendulum Records. “I wasn’t much of a songwriter before I was to signed to Universal Records,” said Shaliek. “Vincent Herbert used to bring me to the writers and producers and they would create music and songs for me. I would just sit back, watch and wait for them to be ready for me to record. I was always intrigued by the process but no one knew.”

R&B groups Day 26, Jordan Knight and many others would later recognize his songwriting talents during his time as a member of the songwriting team, The Hitterzz.

Now with a new attitude, all new material and a new label home, Shaliek starts getting the solo artist recognition he’s always desired. In summer 2013, his Pendulum Records debut single “The Past,” reached No. 12 on the Urban Adult Contemporary radio chart.

To be his first top 20 single, the achievement came as a shock. “I got to admit I was blown away to see the song rise on the [Urban AC] radio chart,” said Shaliek. “But when I found out it was the most added song in the country in my format, I knew we were on to something big.”

While Shaliek was always optimistic about the success of “The Past,” he did have his doubts.“I didn’t think people would get it so soon because of the tempo and how different it was from everything else on the radio.”

To help ease his worries, Shaliek’s label head, Ruben Rodriguez, CEO/founder of Pendulum Records offered his thoughts on where the record could end up. “He would say to me, ‘This is the type of record that will either sink miserably or swim like an Olympic champion.’ Either people are gonna get it or they aren’t,” Shaliek said.

Like Shaliek, Rodriguez still knew it would be a hit with listeners, “I believed in the song and I thought it was a big record. He thought it was a hit so he was willing to take a chance,” Shaliek said.

Now more experienced as a songwriter, he found writing on his debut album easy — especially the title track. “The words wrote itself,” said Shaliek. “It was an incredible energy in the studio that day. It’s kind of even hard to explain. Chino Stringss produced the song, so we were both in the room building the song from scratch. I don’t think I ever put the pen down.”

While penning the title track came easy, his top 20 single, “The Past” did not. “The hardest [song to write] was probably the bridge on “The Past” said Shaliek. “fredthewriter set the bar really high for me with the verses and the hook.”

However, the songwriting that took place on his debut album will not be in vain, as Shaliek hopes to bring a “classic feel” to 2014’s rhythm and blues. “I want this to be a project that people feel and connect with,” he said. “The plan was to deliver a timeless album, so throughout the process all I listened to were timeless albums like Anita Baker’s “Rapture,” Michael Jackson’s “Thriller,” and all of Luther Vandross’ albums.”

To help create his first soulful offering, he reached out to songwriters and producers he thought were amazing at their crafts like Joe Ryan (Ledisi, Trey Songz), Bernard Malik (Danity Kane, Day 26) and Rockwilder (Janet Jackson, Destiny’s Child).

The latter produced “I’ll Give It Up,” off the new album, is a record Shaliek, calls an R&B game changer. “When Rockwilder played it for me, it blew me away,” he said. “I remember feeling like I was floating. I know that may sound crazy but it’s the truth. That last note in the song took my breath away. That’s the song on the album that I knew I had to really murder vocally.”

He also believes the same for his song “Like I Was Never Here,” a record he wanted to match with the same passion of “I’ll Give It Up.” “It was that big of a song,” said Shaliek.

While the majority of his musical influences like Aretha Franklin, Michael Jackson and R. Kelly may not appeal to the masses of today’s popular radio, he still believes his soulful melodies has crossover appeal. “Soul music is a big deal. People downplay it a lot but a lot of songs that have crossed over have had heavy soul appeal,” said Shaliek. “Everything from Robin Thicke and Alicia Keys to Bruno Mars and Justin Timberlake. Those are huge artists with huge songs, which either performs or samples soul music. So I don’t feel like my music is in a box.”

As Shaliek continues to put the finishing touches on his debut album, his newest single “Ain’t Supposed To Cry” is already looking to another top 20 single. According to Billboard.com, the truthful track stands at No. 22 on the Adult R&B Songs chart and at No. 21 on the Urban AC radio chart after entering less than a month ago.

His team at Pendulum Records is currently going through different treatments for the “Ain’t Supposed To Cry” music video. Shaliek hopes to have a full video out for the single in April.

During the week of his album release, he will be embarking on a promotional tour to spread awareness about the album.

After his debut album arrives, Shaliek doesn’t have a five year game plan in place just yet. But he has one goal though, “If my music is still out here inspiring a whole new wave of artists and musicians, I’ll be happy.”

Shaliek’s debut album “Blood Sweat Tears” is slated to drop on May 27 via Pendulum Records. His current single “Ain’t Supposed To Cry,” is available now on iTunes.