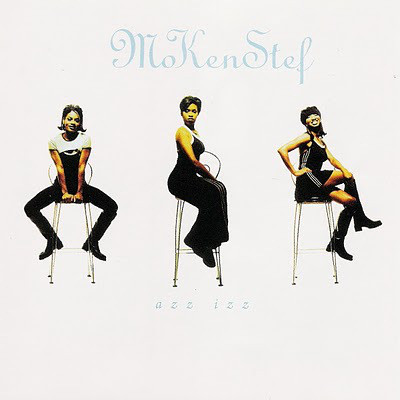 Our Throwback Thursday theme for the month of April has been designed to highlight R&B artists who have been branded as “one hit wonders.” We close this month’s theme with female trio MoKenStef.

In 1995, these three lovely ladies won the hearts of music listeners with their breakout single “He’s Mine” off their debut album “Azz Izz.” The R&B group expands on the bold title explaining to their lover’s side-chick, “he’s mine, you may have had him once/but I got him all the time.” Ouch!

MoKenStef’s Zapp sampled track reached No. 7 on the Hot 100 chart and peaked at No. 2 on the Billboard R&B/Hip-Hop Songs chart.

After the success of “He’s Mine,” the girls attempted to follow-up with “Sex in the Rain” but it only reached No. 63 on the R&B/Hip-Hop Songs chart. Luckily, they’ll be remembered for at least one song.